2 Gannets, 37 Sanderling in summer plumage, 49 Swallow, 100 Common Tern, 400 Sandwich Tern. 7 Little Egrets flew in off the sea at the north end travelling south west, the frist noted for some time.
(DB)
Posted by Colin at 10:28 No comments:

Weather SE 1-2. Wall to wall sunshine!
A great mid summer's day started quietly enough but a single Willow Warbler calling at the South End heralded the start of return passerine migration.
Insects were much in evidence with a good moth trap catch for Hilbre of 148 moths of 46 different species including 16 garden tigers (see below), possibly new to Hilbre were reddish light arches, cyclamen tortrix and Bactra robustana (these will be checked). 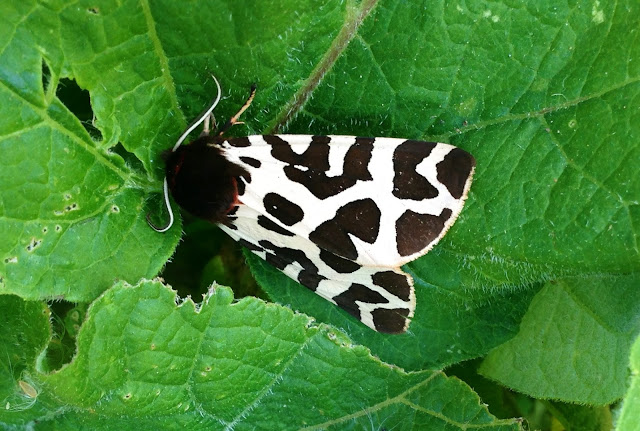 Garden Tiger - present in good numbers in the moth trap following Tuesday and Wednesday nights
A few butterflies were also around the island including a couple of Meadow Browns and the commoner damselflies were noted (following a Banded Demoiselle - first record for the island - by the main pond yesterday afternoon but no sign today). 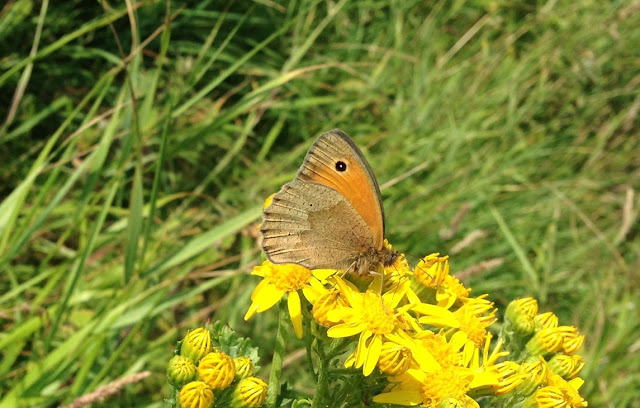 As the tide had just cut off the island a juvenile Cuckoo was disturbed in the East side trapping area - a good record at any time.  However, shortly afterwards it was trapped and ringed - the first to be so on Hilbre in almost 30 years. 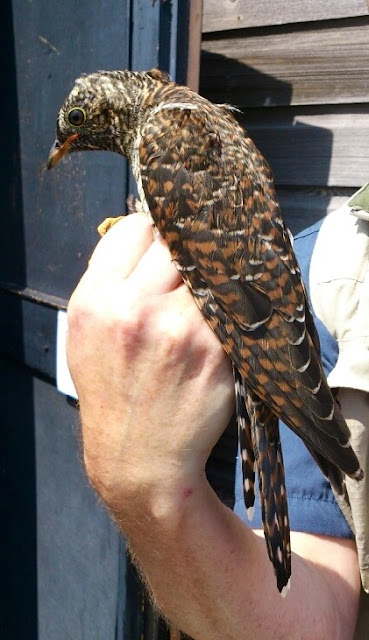 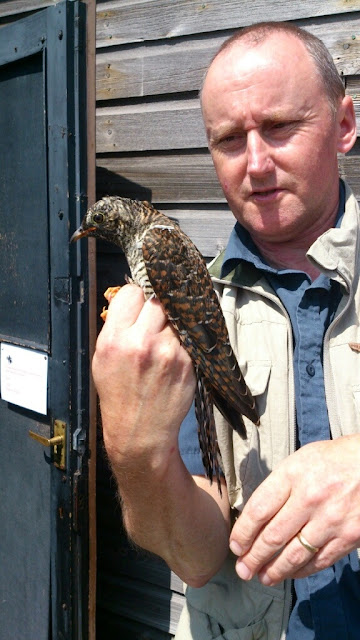 Lucky visiting Ringer Chris Routh from Sheffield on his first visit to Hilbre catches a Cuckoo
Returning waders have started to appear with 16 Redshank on the tide edge during the morning and a Whimbrel late afternoon and the last few days have seen large numbers of Black-tailed Godwit (up to 525) on the flooding tide between Little Eye and the Tanskey Rocks as well as increasing numbers of Sandwich Terns as is more expected for Hilbre.
(GB+GB, MGT + 2, PGR et al) photos of Cuckoo MGT
BLAST FROM THE PAST 1968/77:
One of only a handful of Cuckoos ringed on Hilbre the one below was caught in 1968 (also in July) and was found alive in Algeria in 1977 but sadly died several days later. A copy of the original recovery slip is included below. Anyone recognise the ringer? Answers by email - there are no prizes. 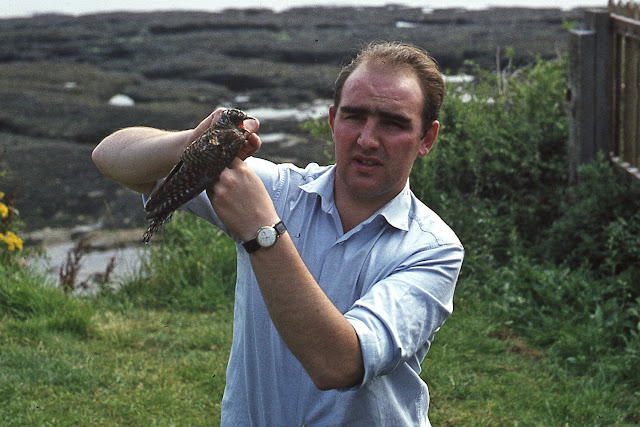 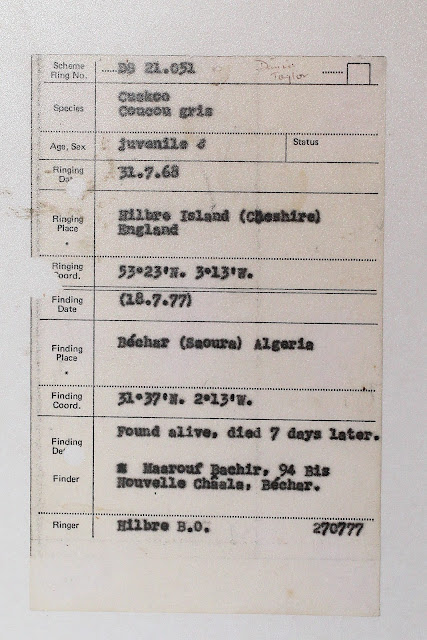 Posted by Hilbre Steve at 18:40 No comments: