Weather: NW force 4/5
Best bird of the day was a Raven, and a Peregrine also made an appearance, while waders featuring at high tide were 400 Dunlin (also 1,100 before the tide near the West Kirby shore), 300 Knot, 19 Ringed Plover and 6 Purple Sandpiper. Fifteen Common Scoter and 5 Great Crested Grebes were on the sea and 3,300 Herring Gulls gathered around the islands on the ebb tide. A dead Shag was on the strand line at the south end of the island. Only 116 Brent could be located. Nine Short-tailed field voles sighted is a good sign for the number that have survived the winter. 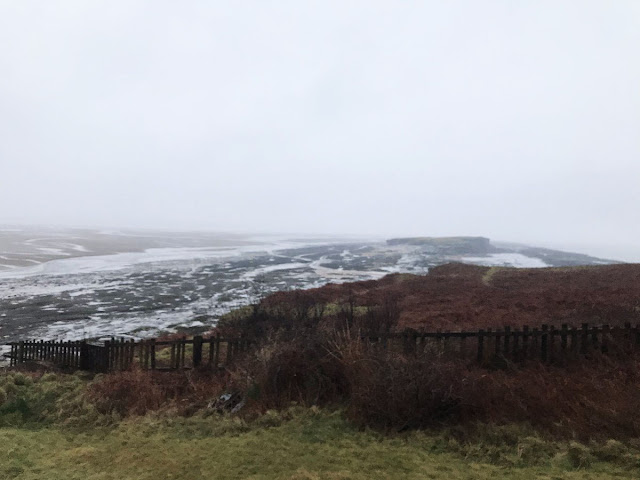 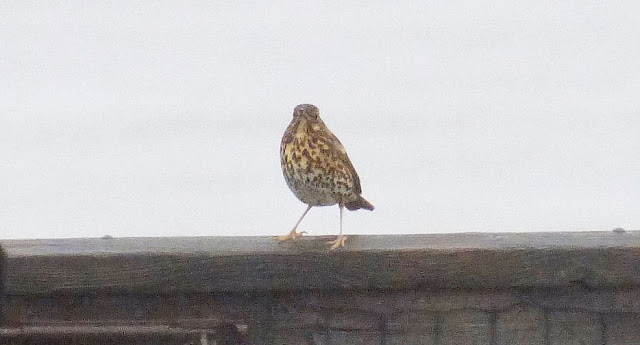 Mallards have arrived on the flooded pond, 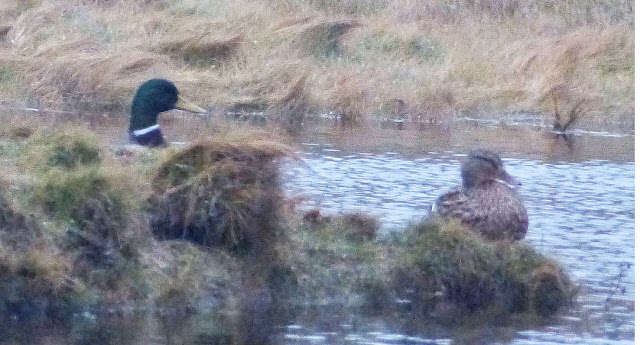 Four Shag on the West side of the island and over a thousand Dunlin arrived as the tide flooded.
photos AEH
Posted by Colin Jones at 13:42 No comments:

Weather:  SW then WSW, force 7  showers
Best bird of a windy few hours this morning was a Lapwing spending some time in the east gutter on the ebb tide, a bird infrequently recorded on the island except during cold weather movements. 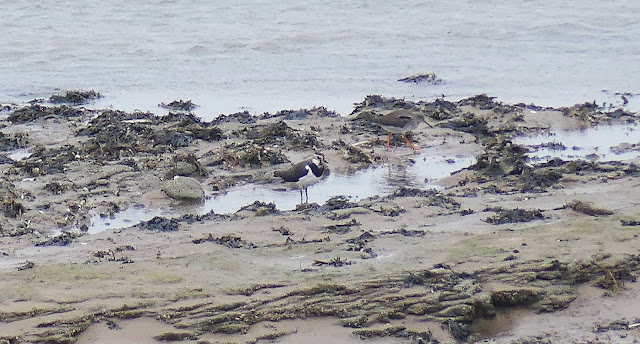 Several large groups of Knot were on the shore, totalling about 1,200 birds. 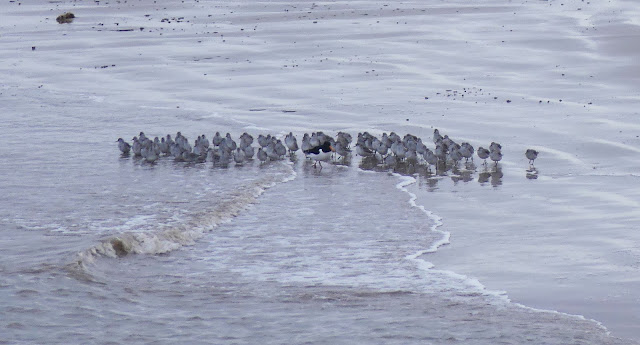 The island pond was as full as we can remember following the winter rain. 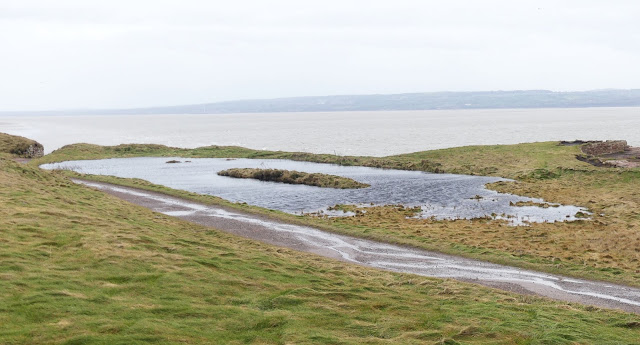 Despite the wild weather Wren, Robin and Song Thrush were all heard in song and a Rock Pipit was found down the west side. It appears that the Magpie has finally left us, it's not been seen since 3rd February. An inspection of the buildings and traps following the gales only found minor damage to report.
photos CJ
Posted by Colin Jones at 15:24 No comments:

Weather:W force 1, then NW 4/5
Waders were much in evidence on a high tide visit with 4,000 Oystercatchers roosting on Middle with 650 Herring Gulls (3,500 were on the west hoyle later), 700 Knot , 88 Curlew, 26 Ringed Plover and 7 Purple Sandpiper. Sea birds on the high tide included 350 Common Scoter, 4 Great Crested Grebs and a Red-throated Diver. A Skylark landed on the island and fed both at the north and south end, while also noted were 2 Song Thrushes, 1 Blackbird, 6 Wrens, 2 Robins, 3 Meadow Pipits and a Rock Pipit. Six Short-tailed Field Voles were noticed also was the Fox as it crossed the SK paddock.
Posted by Colin Jones at 14:49 No comments:


The last vestiges of Storm Ciara were still producing strong westerly winds so a lengthy sea watch was undertaken over the (very) high tide. The highlight was seven Little Gulls, unfortunately mostly distant. Five Kittiwakes were also seen. Small numbers of auks were noted including a Puffin (seen by a non-member), while Red-throated Divers reached double-figures.
The strong winds meant the Brent Geese kept a very low profile, not appearing until well after the tide. Common Scoters were seen in good numbers throughout the day, whilst a flock of 30 Pintail was a good record.
The wind also meant few passerines were seen and only three Purple Sandpipers sheltered on the east side.
Two thousand Herring Gulls roosted the tide on Middle but despite a thorough search nothing scarcer could be found amongst them.
Posted by Colin Jones at 16:22 No comments:

Weather:S force 4
Sea birds noted were 1 Red-throated Diver, 22 Common Scoter, 5 Guillemots and 2 Grest Crested Grebes, while best of the waders on the log were 6 Purple Sandpipers, also 40 Turnstone, 47 Curlew, a Grey Plover and 15 Sanderling. A Pied Wagtail was present in addition to the few wintering passerines. No sign of the Magpie present since June last year!
Posted by Colin Jones at 14:14 No comments:

Weather, SSE 1, drizzle before dawn
Bird records were few and far between during a brief visit this morning following overnight rain. Six Wrens included a singing male, also present were 2 Song Thrushes, 3 Robins, the Magpie and a Rock Pipit. A Peregrine rested on the sands, sightings have been somewhat scarce this last few months. Still plenty of Brent about though. 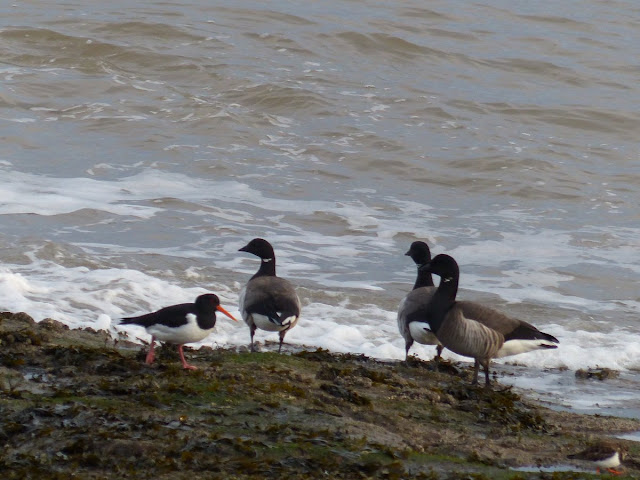