Weather: WNW then NW force 4/5
Single Goldcrest and Wheatear were on the island and 2 Manx Shearwaters and 17 Little Terns were seen in the stiff breeze.
(DCT,PT+VT,NDW et al)
Posted by Colin at 14:41 No comments:

The highlight today was the first Marsh Harrier of the autumn picked up flying between Middle Eye & Hilbre before heading west over the West Hoyle and eventually inland near the Point of Ayr.
Good numbers of waders roosting around the island over the high tide but no Purple Sandpipers as yet. Passerines were scarce but yesterdays ringed Whinchat was still present and spent much of its time on the west side of the island. Another juvenile Swallow was caught and ringed  along with a new Wren and a single Robin. Meadow Pipit numbers are increasing as the autumn passage starts and small parties of 6-10 birds were present in the newly mown paddock most of the morning. 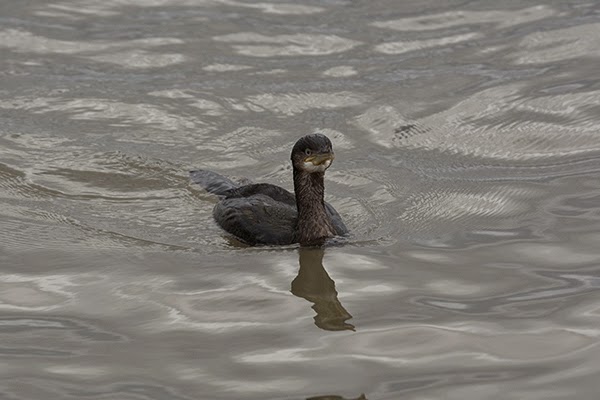 On the sea the juvenile Shag remained and spent the high tide close to the east side just off the Obs garden left), whilst a party of Little Terns flew north. 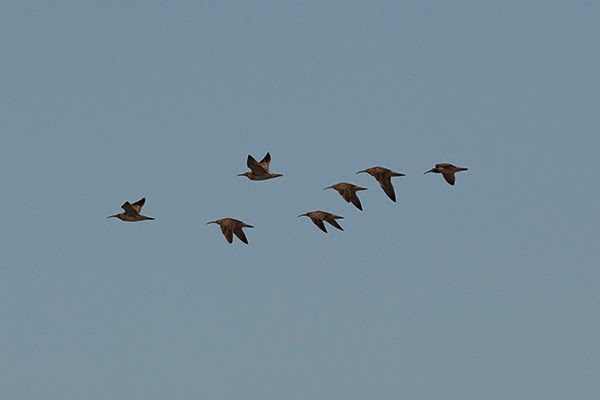 Several Whimbrel were noted and a flock of 7 were photographed flying past the north end (above), and 3 Greenshanks were noted flying along Hoylake shore, also 130 Black-tailed Godwits, while ducks were well represented by the first 3 Wigeon of the autumn, a flock of 5 Teal and a Pintail.
Several Migrant Hawker  dragonflies were recorded and there were good numbers of Red Admirals around.
Ringed: 1 Swallow, 1 Robin, 1 Wren.         [ 659-34 ]
(DB,DCT,PT,NDW,CJW, SRW, PSW)  all photos  PSW

Weather SE 2 freshening later, mostly sunny, clouding over mid-morning for a while 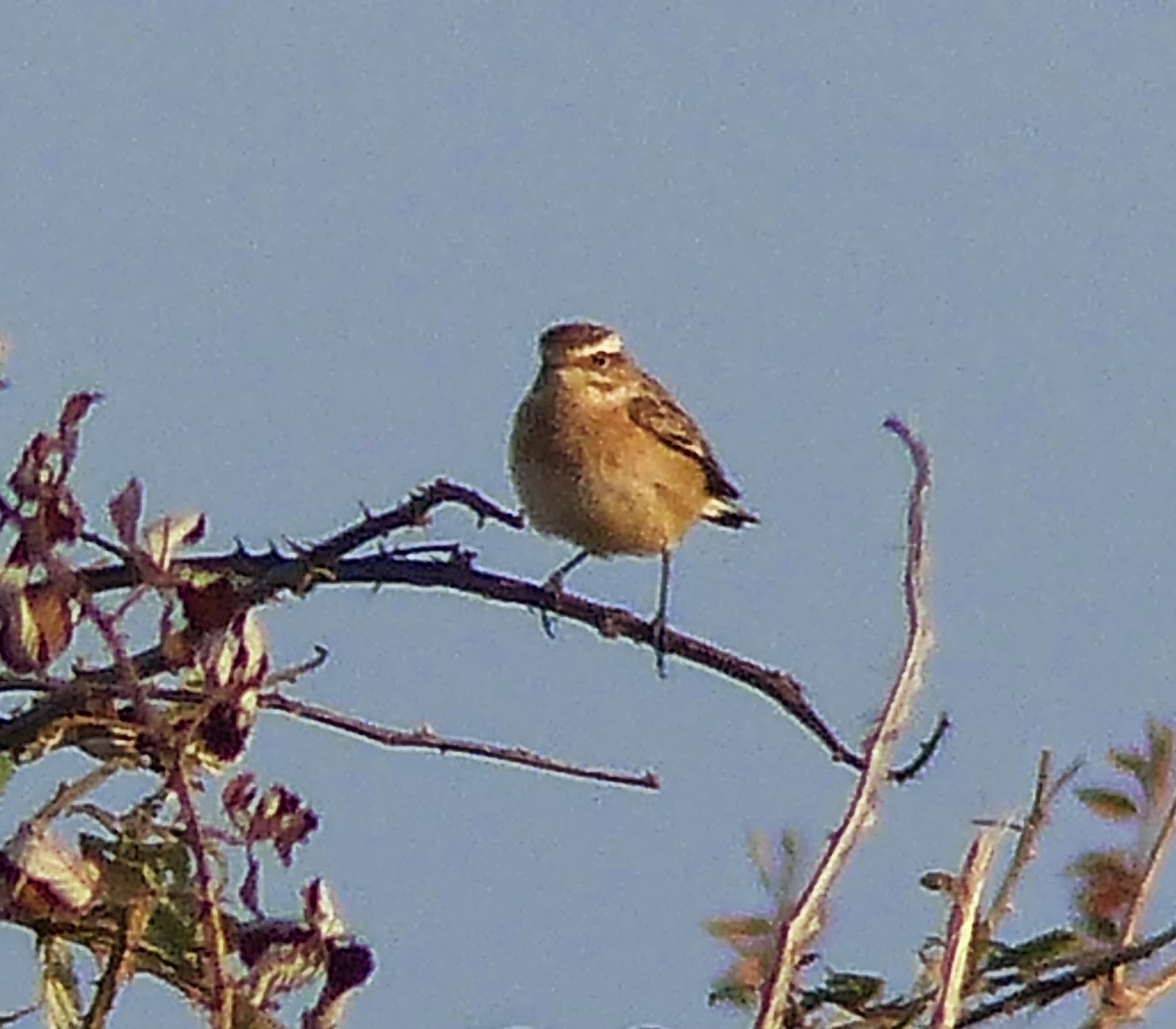 Probably the best day so far in what has been a very slow August. Small movements of Swallows(50), a flock of 9 House Martins, about 120 Meadow Pipits, 8 alba Wagtails, 8 Willow Warblers and a single Greenfinch made it feel like autumn had finally arrived. One of the young Swallows passing through found itself in the obs garden mist net, below(CJ). 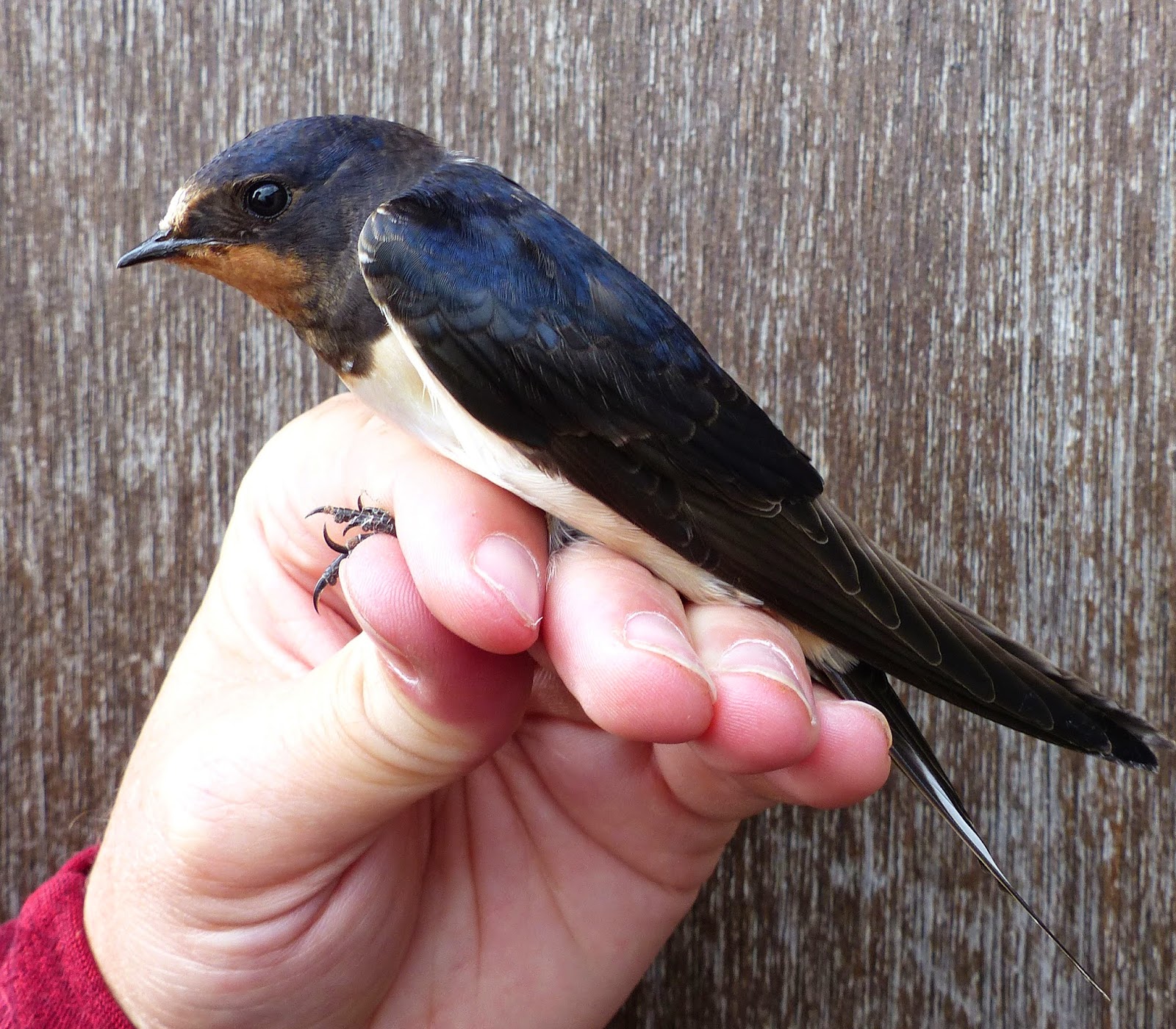 Star bird of the day however was a Whinchat that was seen early and after disappearing for a while returned to be caught and ringed, a few are seen on the islands most years, but they do not always appear on the ringing list. Non-passerine visitors today included a Collared Dove, a Greenshank calling between the islands, 2 Black-tailed Godwits flying at the north end and a Teal heading towards the north shore.The Shag was still present off the east side, also a Whimbrel in the same area. A real surprise was a Fox that was glimpsed near the top paddock, it seemed to be a young animal. It has been noted before that Foxes can be extremely secretive and be present on a such a small island without being noticed even when the obs members cover the entire island in search of birds. After the top paddock grass was cut today by the ranger service a young Short-tailed Field Vole was showing well eating the freshly cut grass, below (SRW). 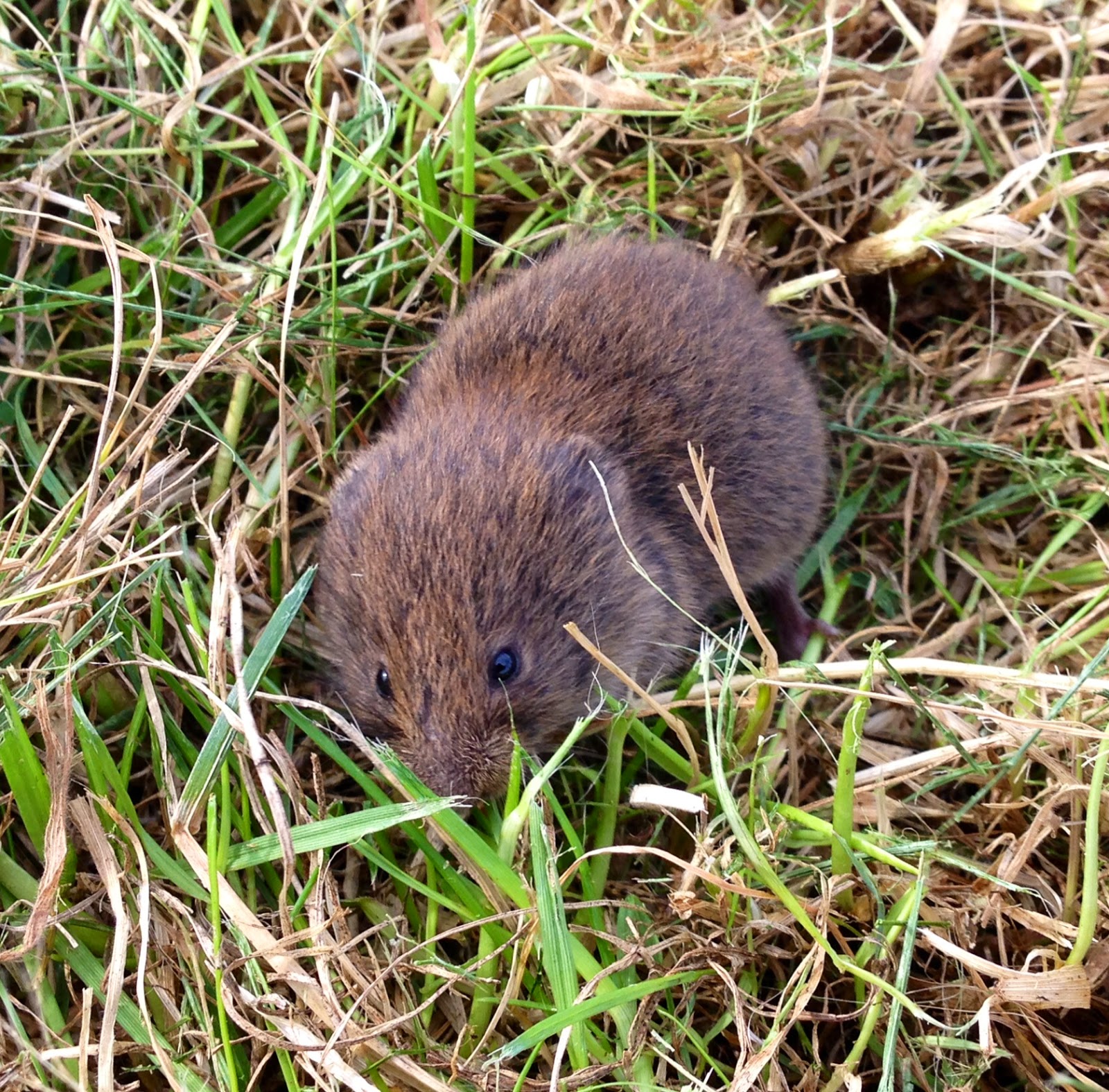 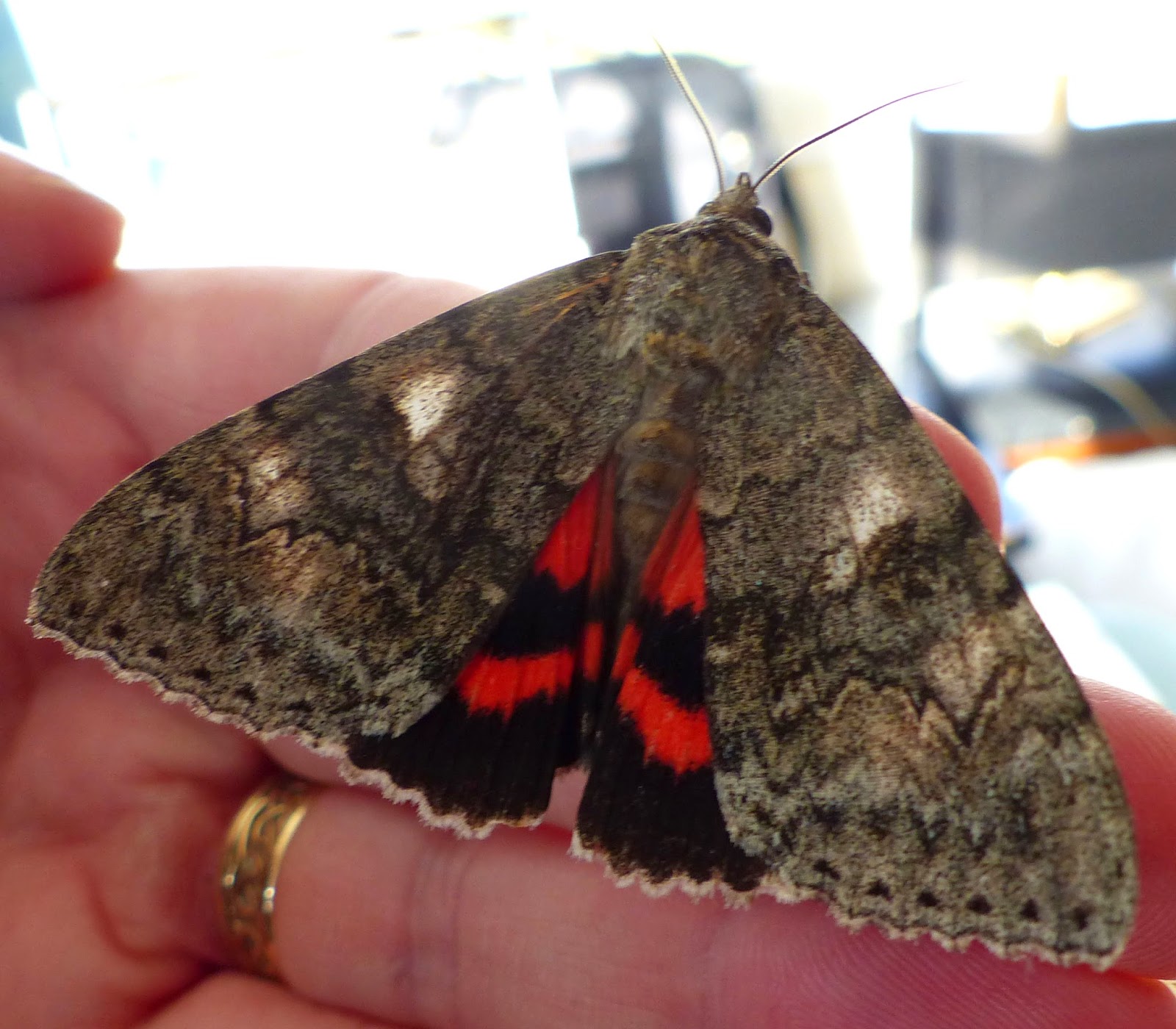 The record of the Confused moth from Sunday was followed today by another example thought not to be the same individual, while the spectacular Red Underwing was another good find, possibly the second ever for the island.
Ringed:- 5 Willow Warblers, 2 Meadow Pipits, 1 Whinchat, 1 Greenland Wheatear, 1 Swallow, 1 Robin
[ 656-34 ]
(DB,JE,CJ,DCT,PT+2,NDW,SRW)
Posted by Colin at 19:08 No comments:

Weather:- E 5/6 spells of rain in the morning 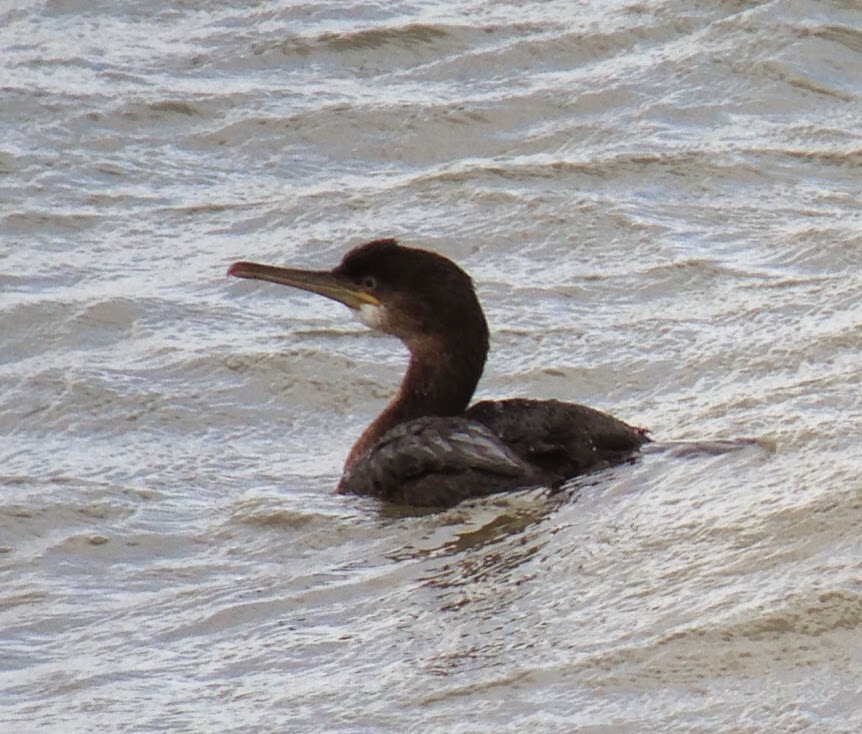 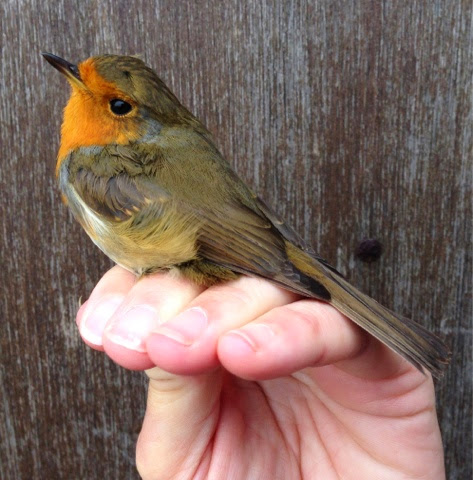 A thoroughly miserable bank holiday with the only redeeming feature being the small arrival of Robins with 3 being caught together in the newton 'heli'. Despite the weather a single Wheatear made it to the island.
Ringed:- 3 Robins        [ 645-34 ]
(DCT,PT,NDW,SRW,PSW)
Posted by Colin at 19:20 No comments:

Weather:- WSW force 1
A pleasant morning with light breeze, no rain and getting quite warm during the morning. Migrant arrivals were minimal however, with 3 Greenland Wheatears, a Willow Warbler and a Whitethroat the only canditates. The Whitethroat was first seen in the 'heli' garden sycamores but then moved to 'Wheatear wall' near the old obs where it stayed for a while in the tea bush, popping up on the wall from time to time. Very little to see on the high tide, even Grebes were hard to come by, but at least 1 Shag was still around the island. There were interesting moths in the trap this morning including 2 possible firsts for the island, A (probable) Confused apamea furva britannica, and a Small Wainscot chortodes pygmina. 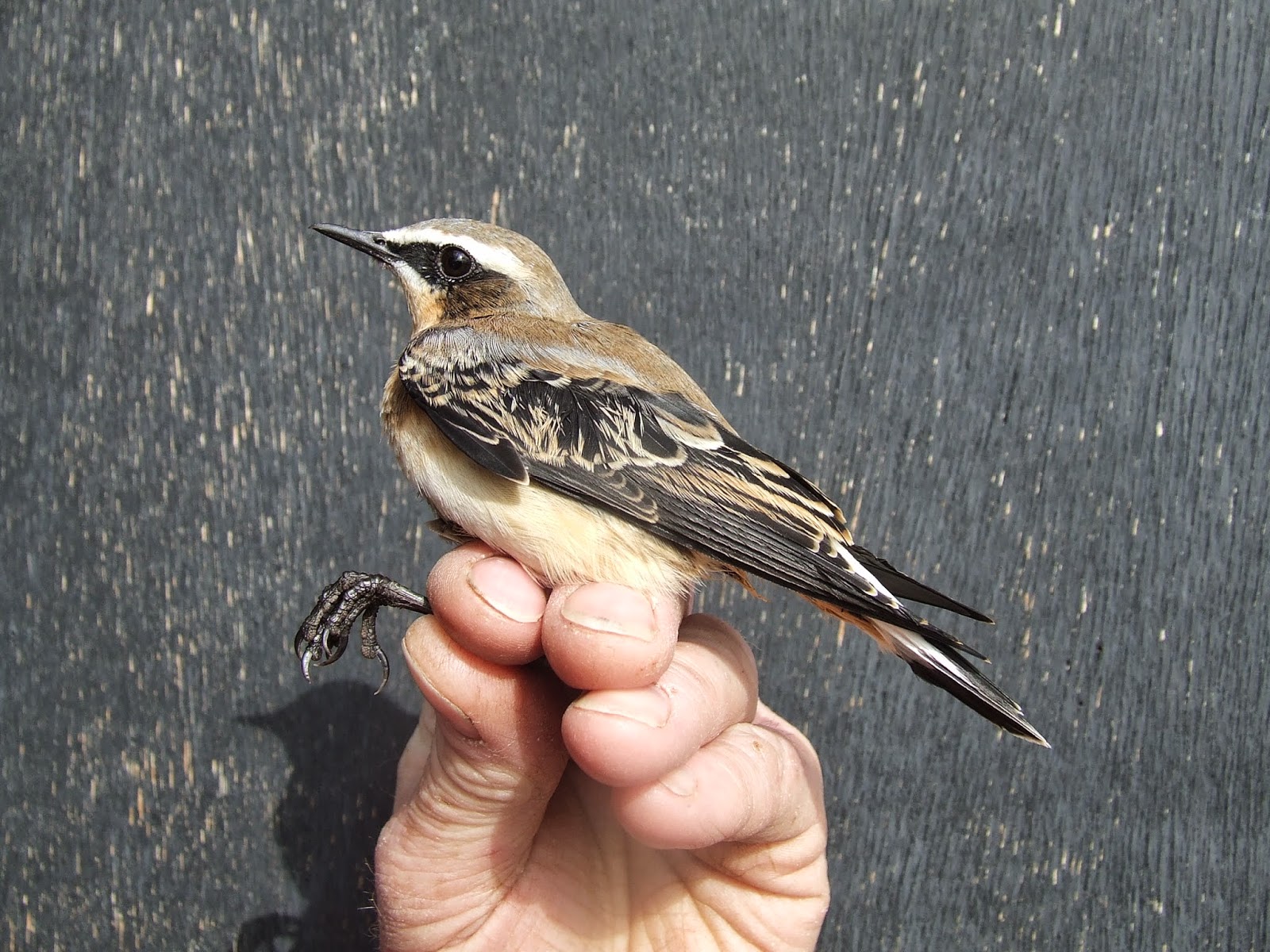 A few seabirds were sighted in the strongish wind, a Gannet, a Kittiwake, an Arctic Skua and 92 Common Scoter. Two Wheatears arrived, one of which was an adult male Greenland bird which became the first Wheatear to be ringed this autumn.On the shore were noted 4 Little Egrets and a Whimbrel.
Ringed :- 1 Greenland Wheatear, 1 Robin      [ 640-34 ]
(JE+(HVJ),SRR,CJW & family, DCT,PT,NDW) Photo JE
Posted by Colin at 17:06 No comments:

Weather:- NW force 5, some drizzle
Unpleasant weather today and the lack of birds did little to brighten the mood. Best records of the day were probably the 600 Cormorants, also the 6 Whimbrel, 3 Little Egrets, and 3 Wheatears. The count of 24 Meadow Pipits could have been as a result of a very small passage.
Ringed:- 1 Dunnock       [ 638-34 ]
(CJW & family)
Posted by Colin at 17:20 No comments:

Weather:- SW 4, WNW force 5 at noon.
The 3 Shags were again at the north end and 7 Little Egrets were on the shore with 5 Whimbrel and a Bar-tailed Godwit, also a total of 51 Shelduck logged.On the sea was a dark phase Arctic Skua, 12 Great Crested Grebes and 30 Common Scoters. Evidence of breeding on the island included juveniles of Swallow, Wren, Blackbird and Pied Wagtail.
Ringed:- 1 Robin           [ 637-34 ]
(DB,CJW & family)
Posted by Colin at 10:21 No comments: 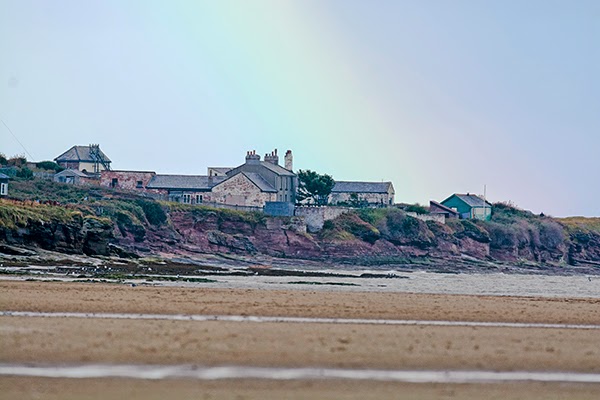 Weather:- WNW force 4/5
Lots of work done today to get the sea watching hide ready for the autumn season, it gets quite a battering on occasions in rough weather, indeed the spray can often soak the entire north end of the island (and sometimes even observers inside the hide) causing the bolts and hinges to suffer and need replacement.
A fine moulting adult Yellow-legged Gull (below) was seen near Little Eye on the way to the island and there were 3 juvenile Shags off the north end, Shags have been somewhat scarce here lately. Two Wheatears were on Middle Eye, and a single Willow Warbler was present. 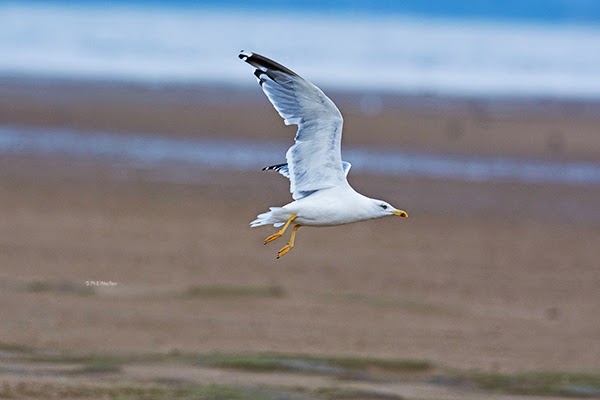 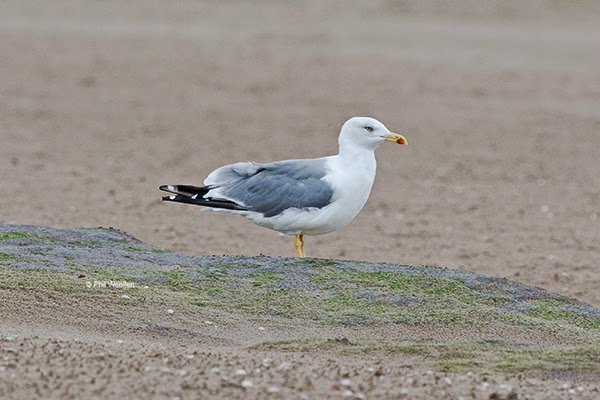 Weather:- NW 5/6
With the weather similar to yesterday it was no surprise that the lack of notable birds continued today. Single Kestrel and Peregrine were seen and there were 4 Little Egrets today.
(NDW,CJW & family)
Posted by Colin at 10:10 No comments:

The day started off with another fairly strong westerly wind, expectation was not high, however by late morning another trip around the traps produced some Willow Warblers, and a Redstart! A small trickle of willows continued (10 in all) and later a Pied Wagtail was caught in the potter. The 4 Wheatears today were the most so far this autumn. The sea was quieter than it has been all week with no Manx Shearwaters for the first time, but still the ever present wader and tern flocks were buzzing around the islands, including 11 Whimbrels. Not long before high water a Reed Warbler was caught in the Newton  heligoland, a very scarce bird for Hilbre, only the ninth to be ringed, most have occurred during the last 15 years. 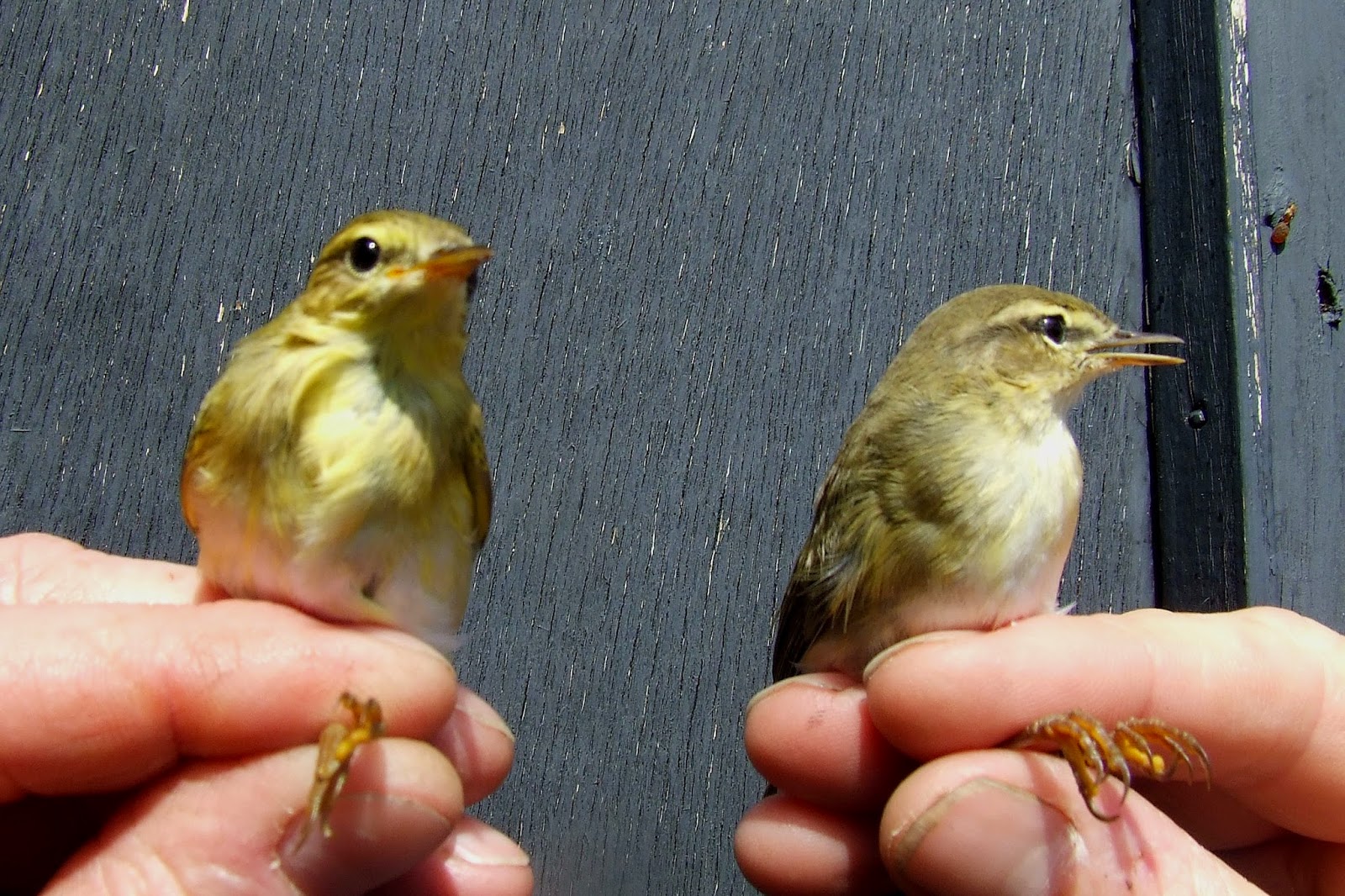 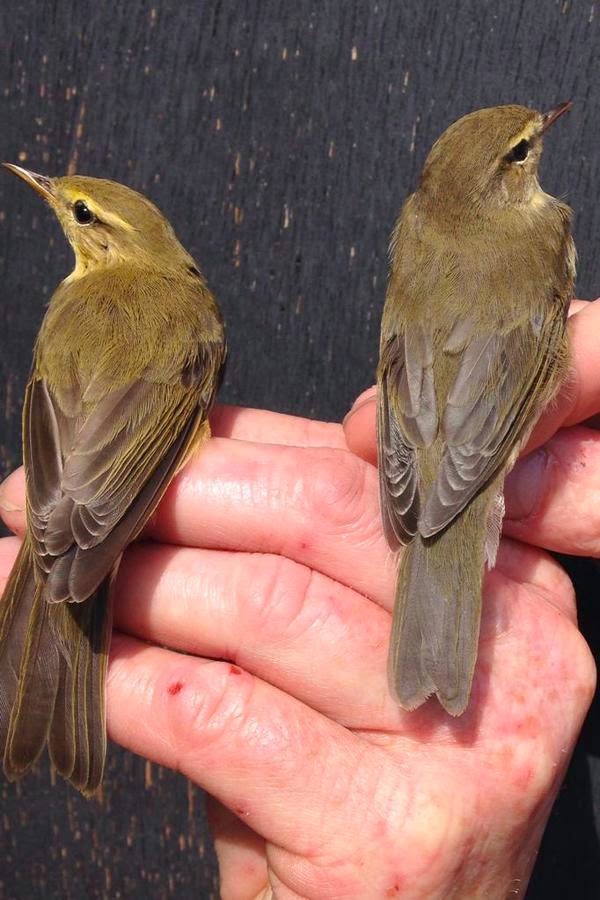 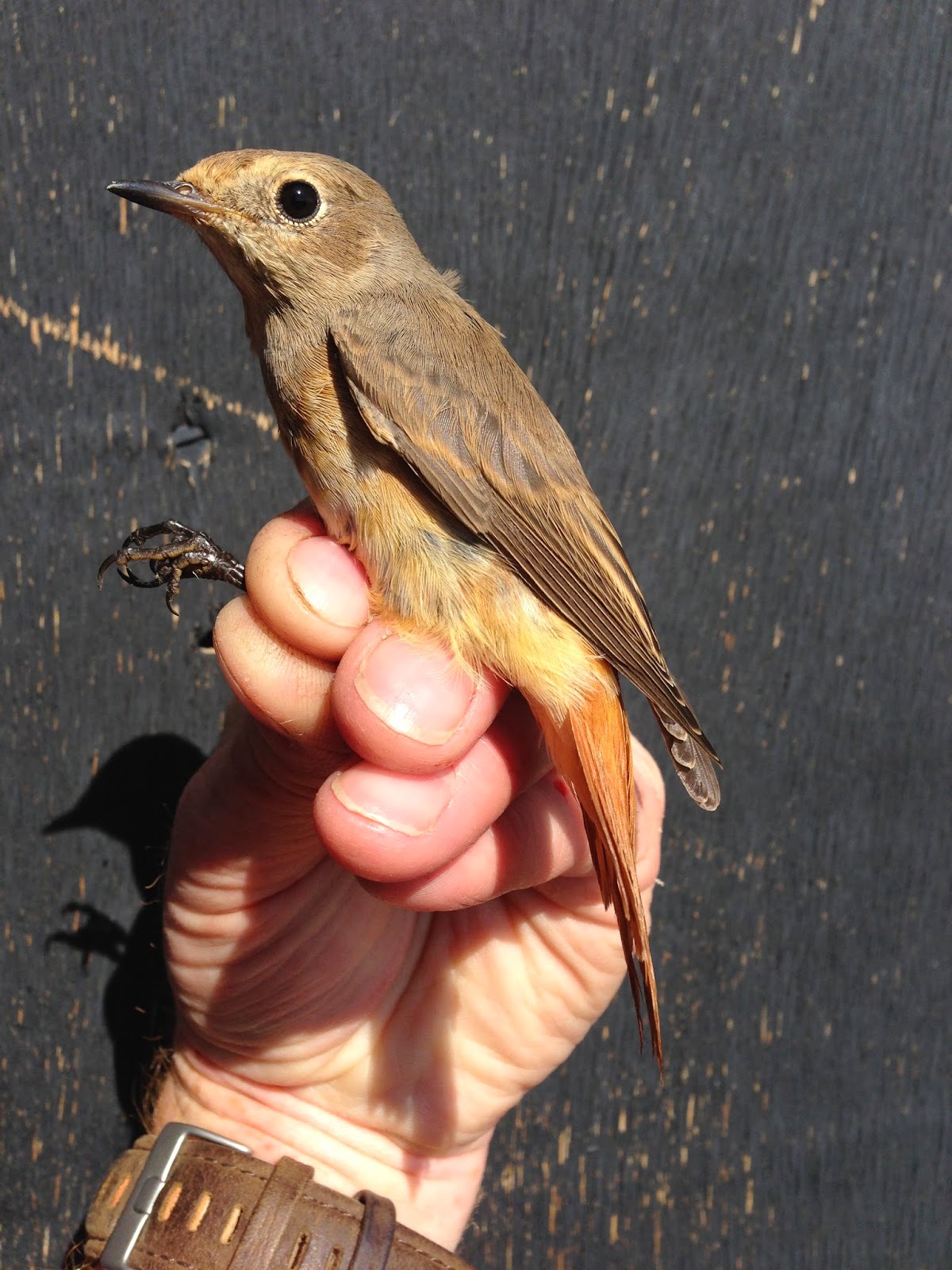 Above are 2 Willow Warblers, the left hand bird in both cases is a juvenile after completing post juvenile moult, the right hand bird is an adult.   (left photo JE, right PSW)

Weather :-NW force 4/5
Manx Shearwaters still passing today but in smaller numbers with 54 counted, but very little else of note, only the regular resident birds and of course the waders and gulls.
(NDW,CJW & family)
Posted by Colin at 10:53 No comments:


Another windy day, the sea watch was a little quieter with 79 Manxies and 5 Arctic Skuas. The high tides produced a corresponding low ebb (0.2M) which enabled some sea creatures to be seen that are normally hidden by the tide. Photos below (CJW) 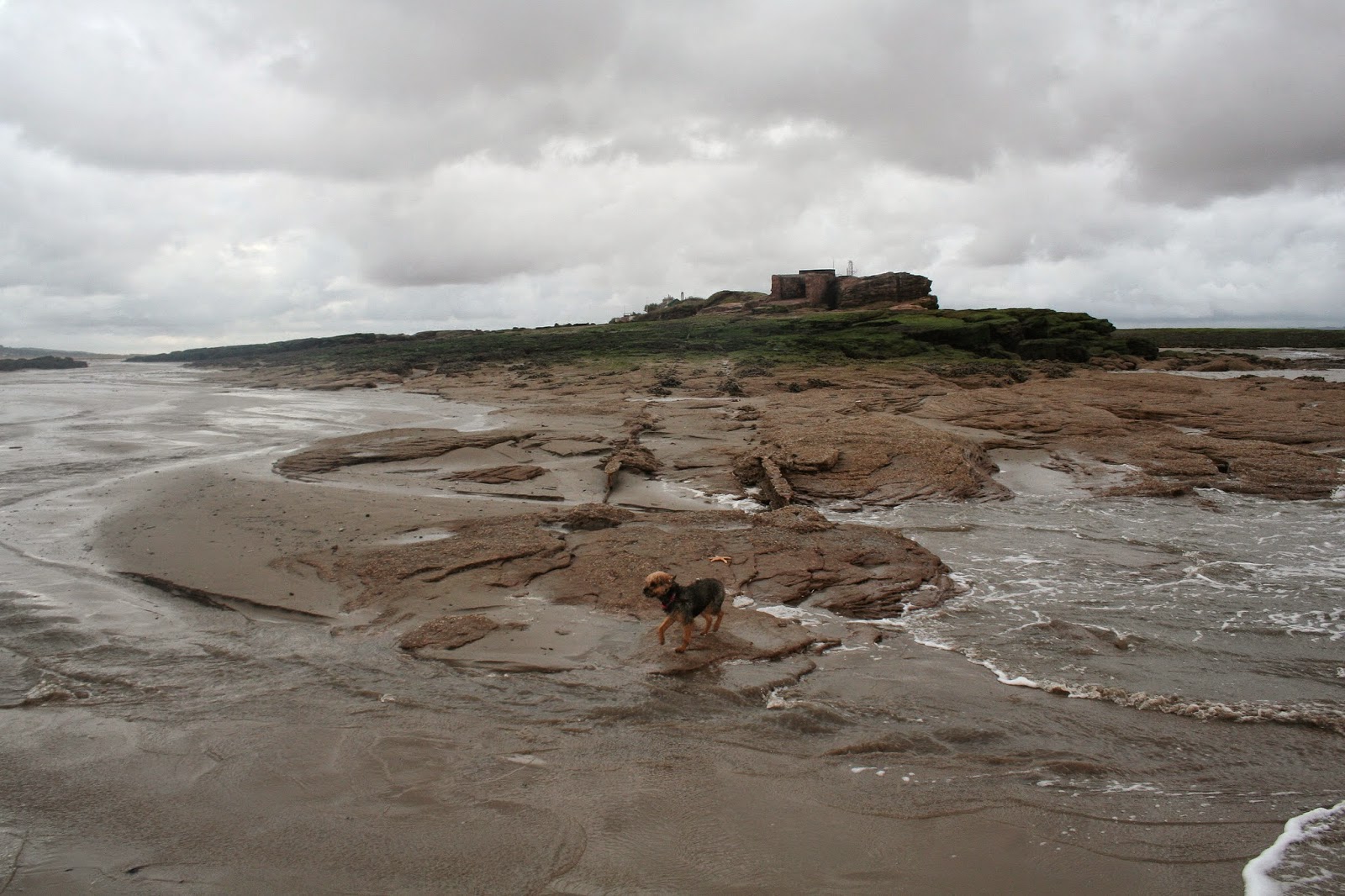 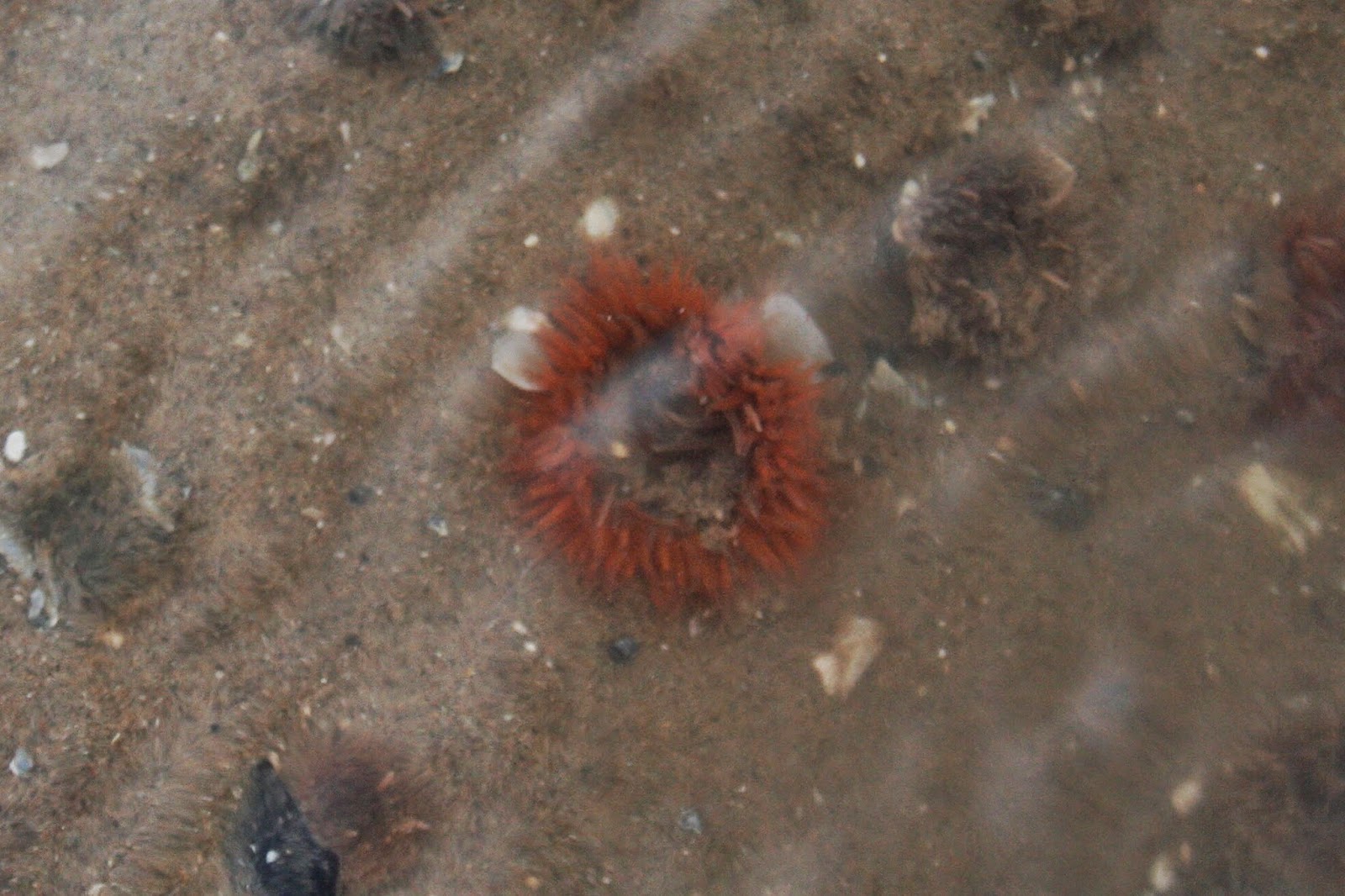 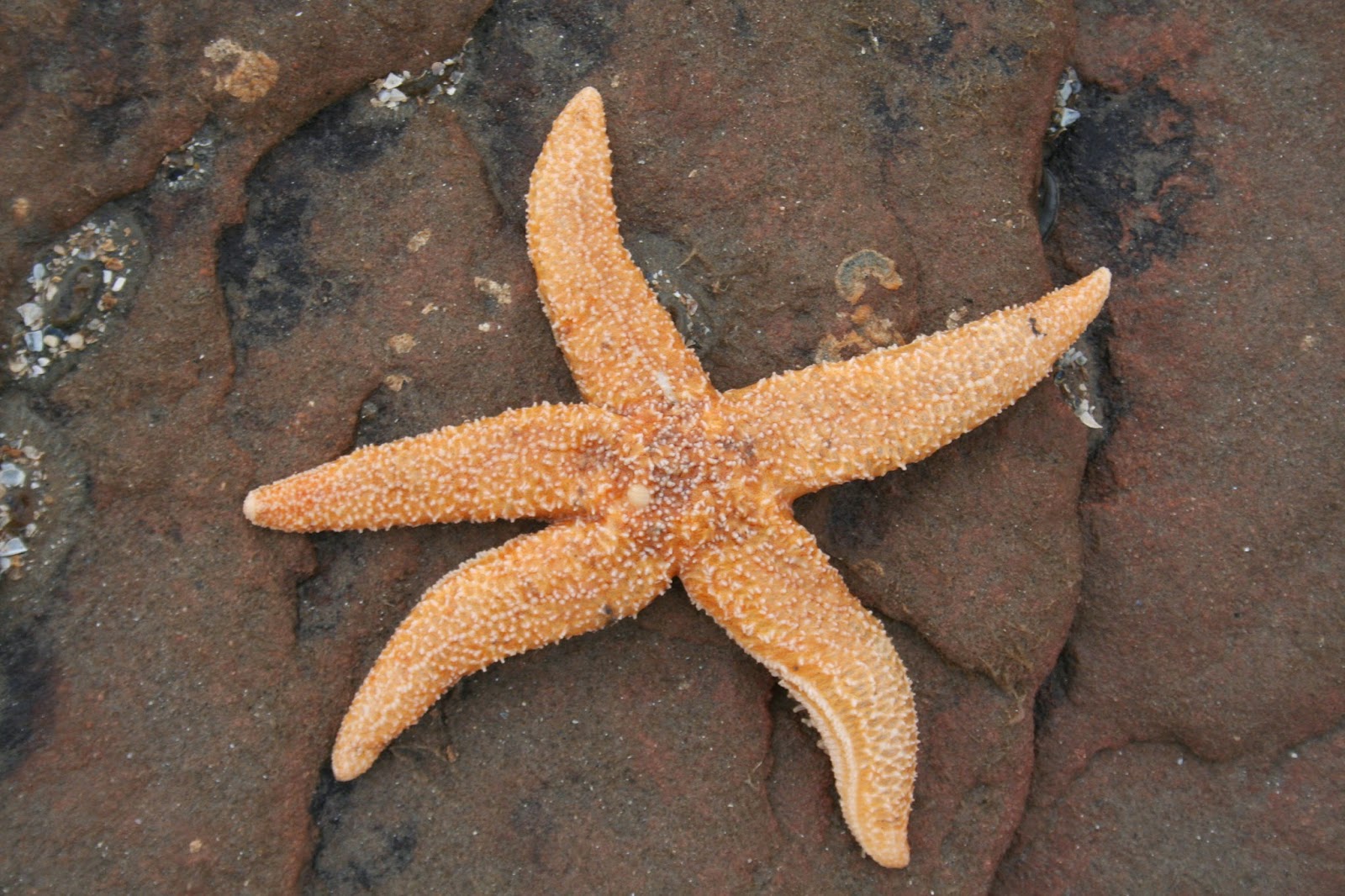 Weather:- WSW force 5/6
The morning sea watch produced a steady movement of small flocks of Manx Shearwaters with 120 logged at the end of the day, and a few more Gannets, a Red-throated Diver, 32 Common Scoter and 18 Great Crested Grebes. Just after high water 2 Arctic Skuas came in across the surf, shortly followed by 4 that appeared to come in high from the North, others continued to move  through for the next hour or so totalling 12. A single willow Warbler was present in the Obs garden and again good numbers of waders roosted on the island over the tide, Dunlin continued across the estuary before and after the tide and great numbers of gulls were present mainly south west of Little Eye and across the East Hoyle.
(CJW & family)
Posted by Colin at 22:35 No comments: 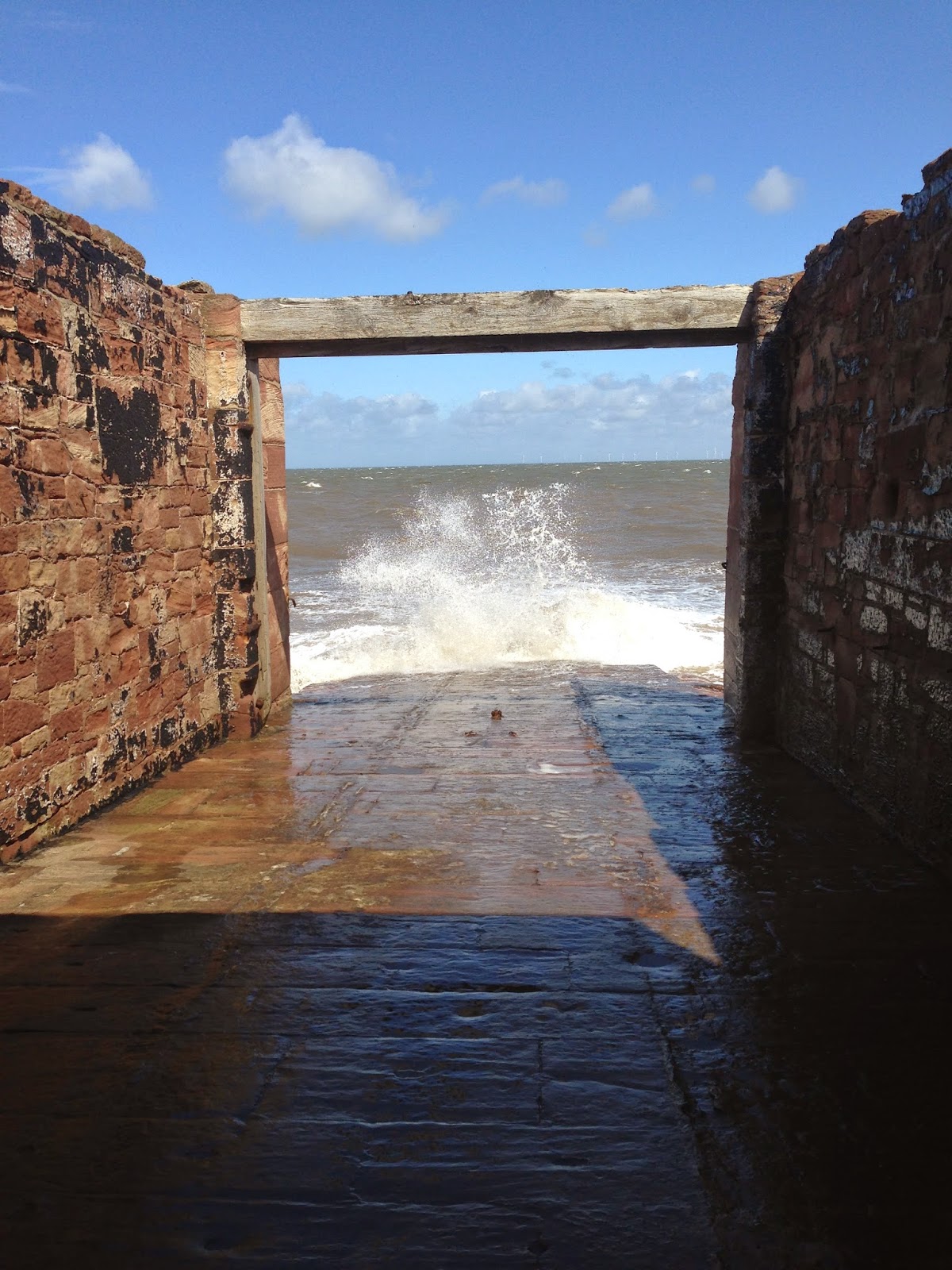 Still a strong wind, and the sea was quite rough at the north end, the Manx Shearwaters however were less abundant and 180 was a far fewer number than yesterday, while other seabirds noted were a dark phase Arctic Skua, 6 Gannets and a Fulmar. Two other good sightings today were a Golden Plover that was on the ground briefly after flying between the islands, and a Merlin that flew passed the north end of the island. Terns were again in good numbers with 50 Common, 150 Little and 600 Sandwich. As expected no land migrants were to be found today.