Weather :- ESE force 2/3, mist
On the east hoyle 8,000 Knot and 380 Curlew. Counted on the ebb tide 3,000 Dunlin, 200 + Grey Plover. A leucistic Oystercatcher among the 5,000 roosting the tide on Middle Eye. A Female Kestrel and Peregrine, a Redwing, 6 Blackbirds and a Song Thrush. Three Dunnock including one singing.
(DB)
Posted by Colin at 15:41 No comments:


A beautiful sky after dawn found a young Common Seal on the sand at Little Eye, which after eyeing up the observers scuttled off across the sand towards the distant tide. Best bird of the day was a Woodpigeon which flew in at the north end, stayed a while and then flew off over the sea to the north west, only the bird would know why. Common Scoters did not perform today out by the wind farm, just a single was noted with 5 Great Crested Grebes. Land birds were the usual few wintering on the island including 2 Blackbirds and a Song Thrush with 3 Linnets noted early on. The Brent spent the low tide around the north of the island and included the 2 colour ringed birds.
(DB,CJ,KMc+SD) 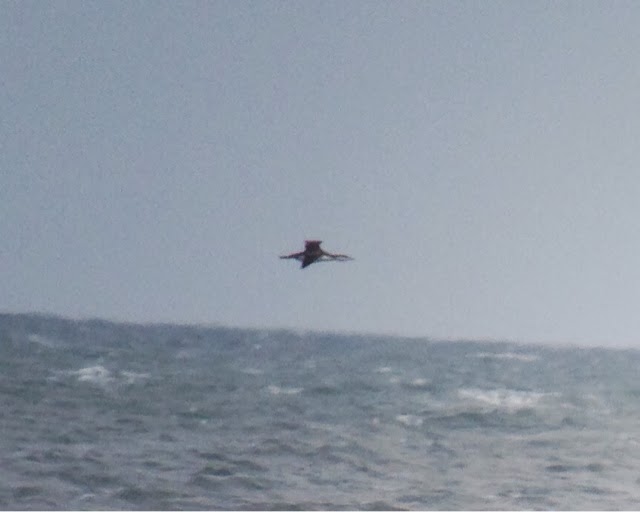 Eleven hundred and forty six Cormorants exited the estuary at dawn. A male Peregrine, 100 Sanderlings on the north shore, 1 Little Egret, and 3 Common Seals. A new high count for the winter of  205 Brent Geese ( including 1 dark-bellied)
(DB).
Posted by Colin at 11:41 No comments:

Thirty Bar-tailed Godwits, 10 Grey Plover, 12 Linnets, 2 female Pintail, a freshly dead adult Harbour Porpoise was found in the east gutter below the observatory.
(DB)
Posted by Colin at 11:37 No comments:

Following the recent gales it was hoped a few good birds might have found shelter in Liverpool Bay so with a high tide Saturday the decision was made to undertake a sea watch. The journey across to Hilbre was very bumpy over the storm rutted sand and severely tested the Landrovers suspension!
With the gales now abated the sea state was good with only a slight swell. Plenty of birds were moving and we soon picked up good numbers of Common Scoter & Red-throated Divers. 2-3 Shags were also present amongst the large number of Cormorants. Highlight of the first session was a distant adult winter Slavonian Grebe that drifted past as the tide flooded. As one if the fast service vessels sailed past the wind turbines and headed towards Moston it put up a lot of birds ahead of it and a massive flock of 73 Red-throated Divers was counted as they passed through the scopes field of view.
During the high tide lull a count of the roosting waders around the island resulted in 16 Purple Sandpipers in their usual spot , 30 Turnstones in Niffy Bay and 20 Ringed Plover on a ledge along the west side. The high tide had forced a large number of Oystercatchers off their usual roost on the rocks at the south end and onto Hilbre itself.
After a welcome lunch another sea watching session took place. Highlight of this session was a juv Great Northern  picked up to the N W and watched as it drifted out on the ebbing tide.
Notable counts were:
Red-throated Diver  84
Great Northern Diver 1
Great-crested Grebe 60
Slavonian Grebe 1
Common Scoter 200
Guillemot 3
Razorbill 2
Cormorant 850
Shag 3
Red-breasted Meganser 3
Brent Geese 199
Grey Plover   2
Sanderling 200
Knot 8000