Weather: W force 2
A Magpie was the only unexpected visitor to the island today, although there were 2 passing Swifts. Lepidoptera included 4 Painted lady, 3 Red Admiral, a Silver Y and a Plume moth. Six juveniles were amongst the 200 Black-headed Gulls gathered about the island chain. Nine Shelduck and 2 Little Egrets were on the shore, while sea going species seen were 3 Gannets and 25 Sandwich and 20 Common Terns. A male Kestrel was on the island, but the finest sight is still the Pyramidal orchid flowering.

Weather: warm and sunny
What a great day, it could have been spring if you just look at the bird species that turned up but when you saw their ages and took the dragonflies and butterflies into account it had to be summer.
Collared Dove, Magpie, Kestrel and Whitethroat turned up. As well as Linnets, Wrens and Meadow pipits a Blackcap and a male Redstart was ringed, the Redstart just starting his post breeding moult. 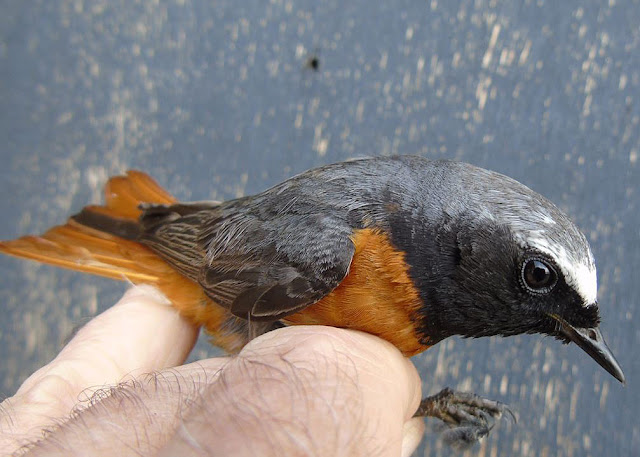 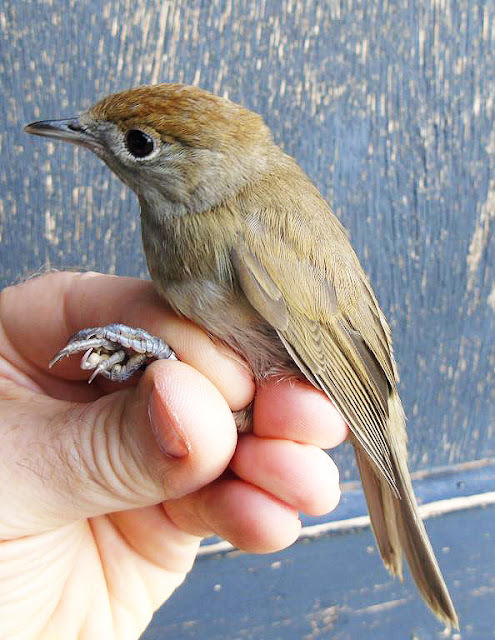 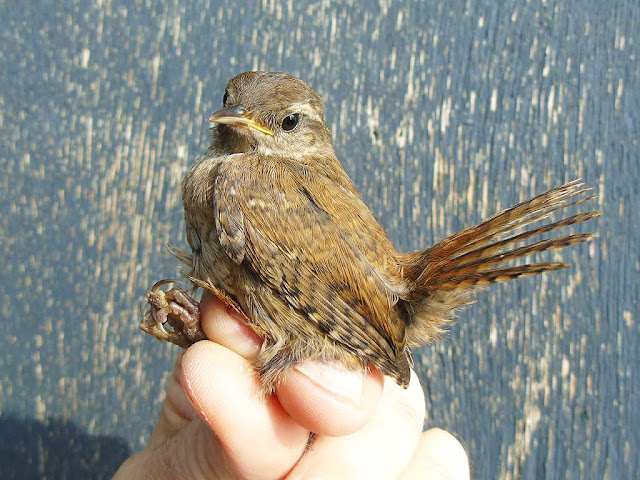 A Scoter and the Eider loafed at the north end as the tide came in, sharing it with some gulls and seals. 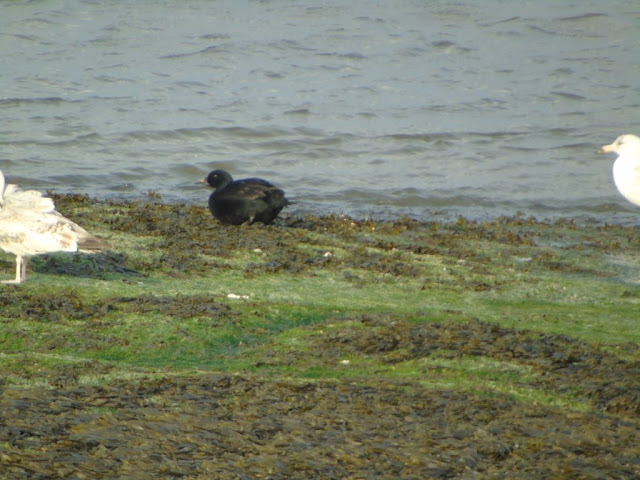 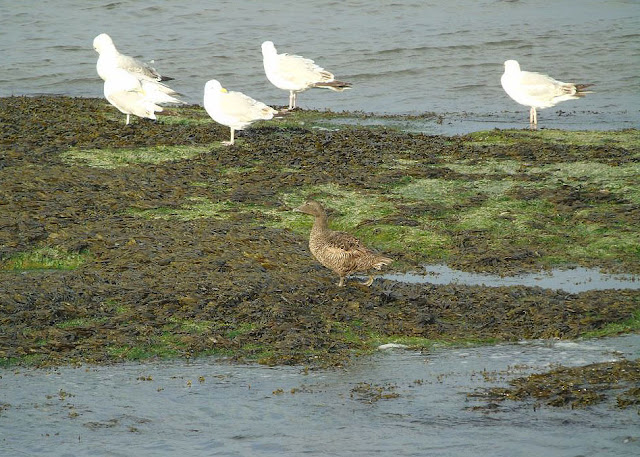 There was a passage of painted ladies, at least 30 but it could have been twice that. There were a lot of Red Admirals also. A Red-veined Darter dragonfly was at the south end and three Emperor dragonflies were present including this on the netting one of the traps. 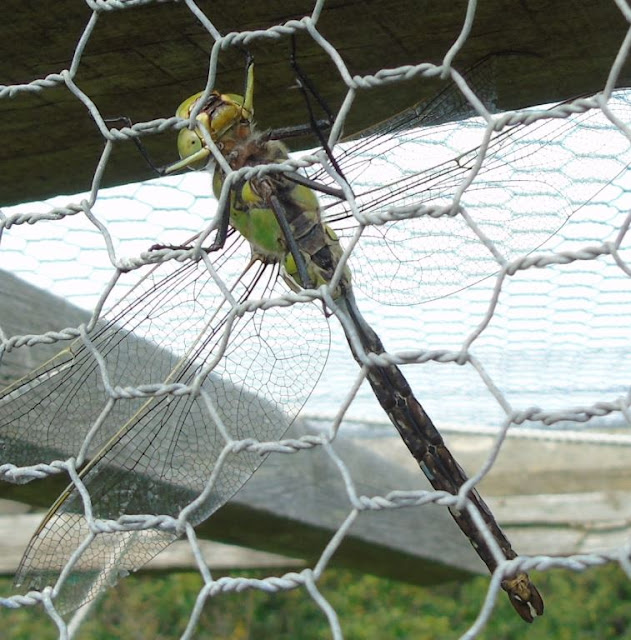 The Swallows in Gus Lowe’s were doing well, but the nest in the lookout fared less well, although they seem to have re-laid. .
The Pyrmidal Orchid was splendid in the sunshine. 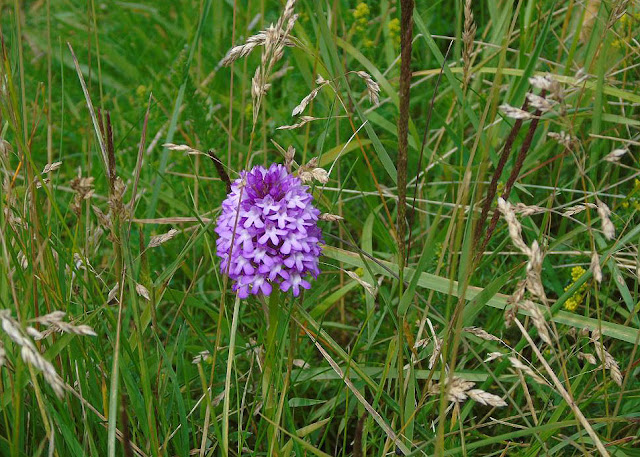 A Grey seal looking back at you is a common sight at high tide. 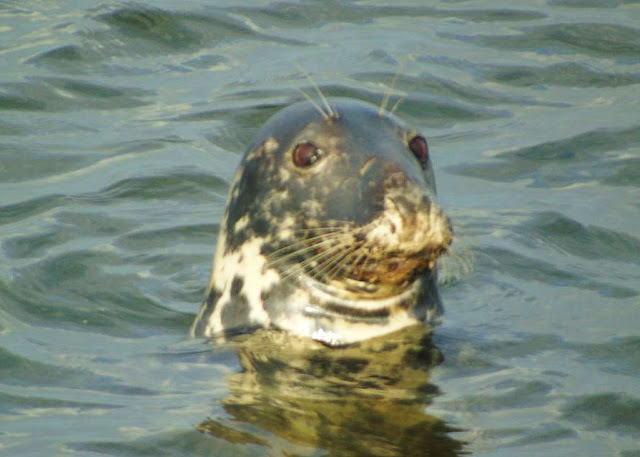 Weather: NW force 3
Young Meadow Pipits are now about the island, and one was ringed this morning. 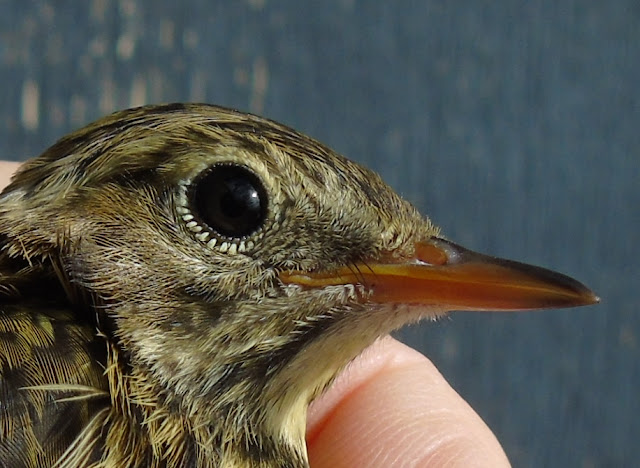 It appears the Swallows may be stuggling with the conditions lately, at least one nest seems to have failed.   The female eider was at the north end with some oystercatchers. 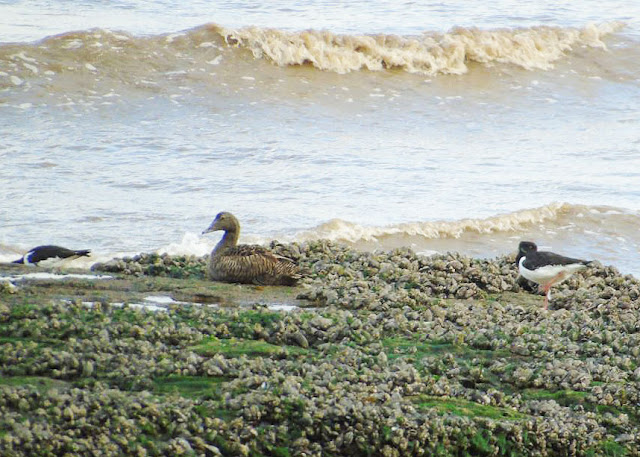 The oystercatchers moved to roost on the beach as the tide came in. 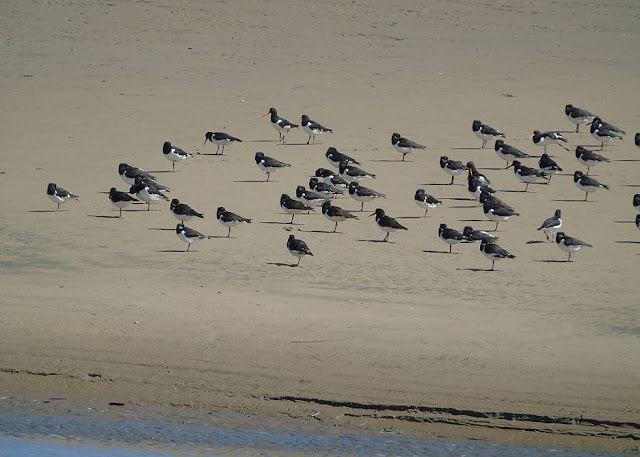 Weather: SSW force 2
There were 9 Swallows today including a fledged juvenile. The male Common Scoter and the female Eider seem to be summering here. Two Gannets and 2 Sandwich and 4 Common Terns were seen, also 2 Little Egrets. Three Painted Ladies were on the wing.

Weather:  ESE force 2/3
Wildfowl present included the female Eider, 4 Shelduck and 2 wandering Greylag Geese. Flocks of 10 and 16 Starlings were unexpected at this time of year. A Fulmar paid a visit, as sometimes happens in spring. Twenty Sandwich Terns and 2 Common Terns completed the sea birds. 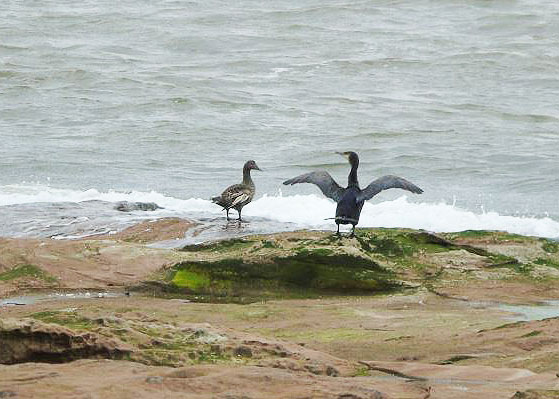 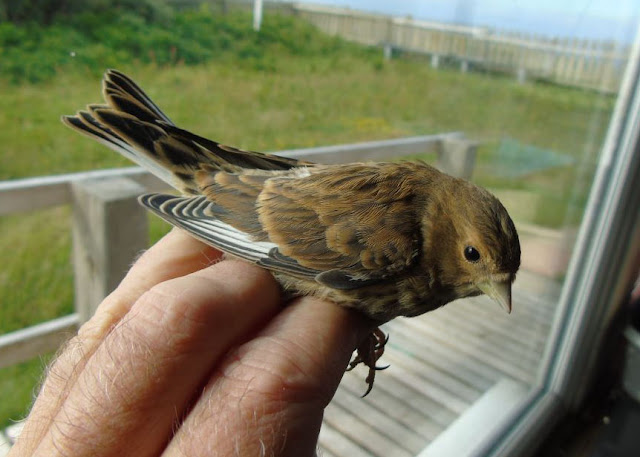 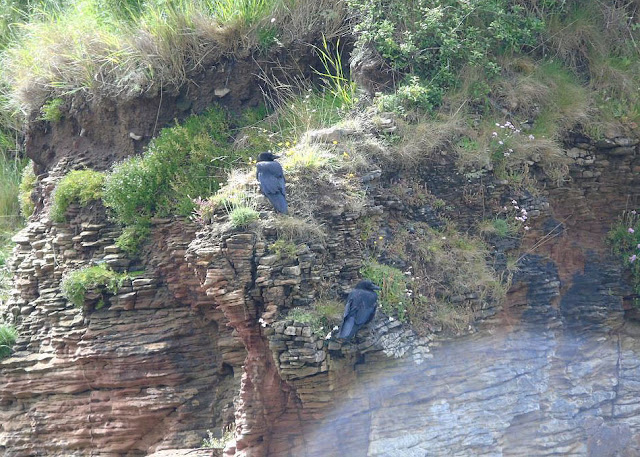 The Common Scoter was still about, also noted were 3 Great Crested Grebes and 2 Little Egrets. Other species showing in the rain were 21 Linnets, 2 Swallows and a Pied Wagtail.

Weather: SE force 1   cloudy
A brief visit this morning established that the female Eider was still present. A single Goldfinch was the only 'migrant', and wader numbers were understandably low: just single Curlew and Bar-tailed Godwit and 200 Oystercatchers. Three Mallard were on the island, 86 Cormorants were counted and a male Common Scoter and 2 Common Terns were off the north end. Three Little Egrets, a Grey Heron and 2 Shelduck were also listed.
Posted by Colin Jones at 14:28 No comments:

Weather: SW force 1/2
A maintainance visit to the observatory this morning included a quick look around for birds and 10 Canada Geese were noted, also 12 Sandwich and 6 Common Terns, 2 Shelduck and 2 Little Egrets.
Posted by Colin Jones at 14:15 No comments:

Today was no repeat of 10 years ago on this date when the Paddyfield warbler was a surprise visitor to the island, (below) 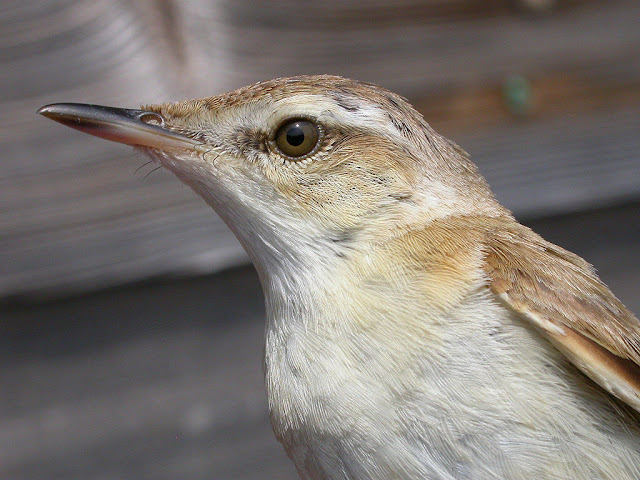 The only ringing available today were 2 adult Linnets and a Meadow Pipit, all breeding birds, as was a Dunnock with a brood patch which was first ringed in 2018. 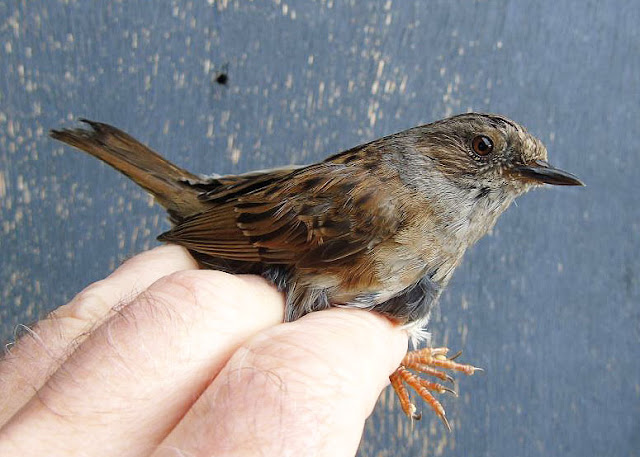 There were lots of field voles, 12 were counted, and lots of juvenile frogs. 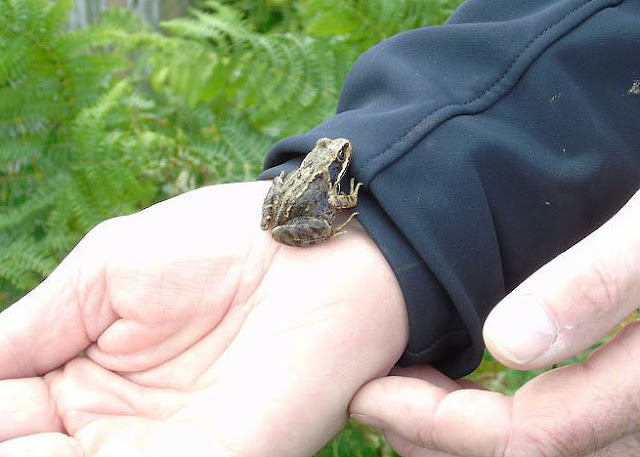 A survey of the island confirmed that there were at least 3 Swallows nests.
A mammoth sea watch found 80 Gannets, 2 Manx Shearwaters, a few terns, some Great Crested Grebes but it was otherwise not very rewarding. The female eider with the damaged wing turned up after the tide. 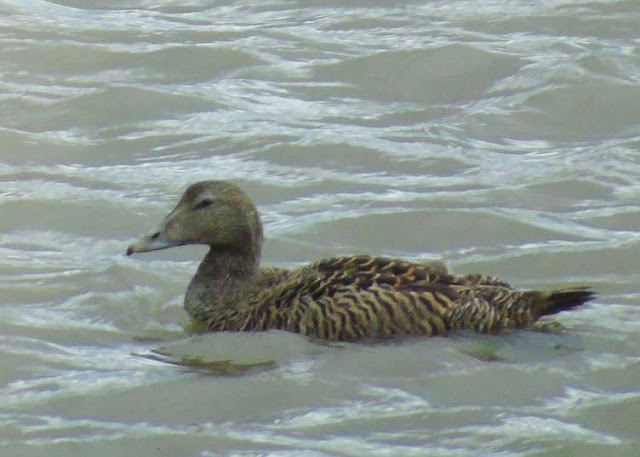 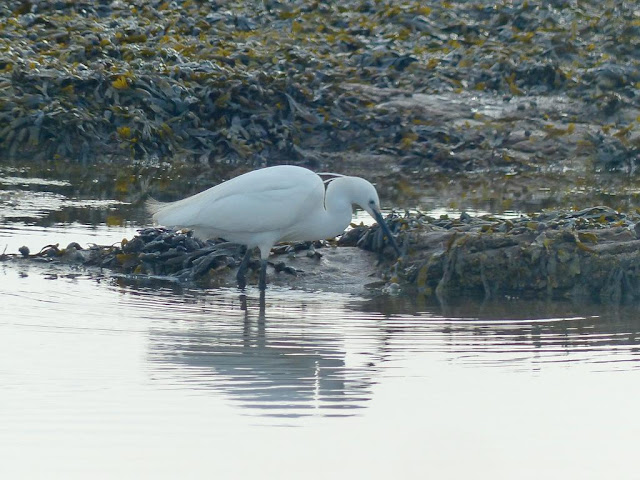 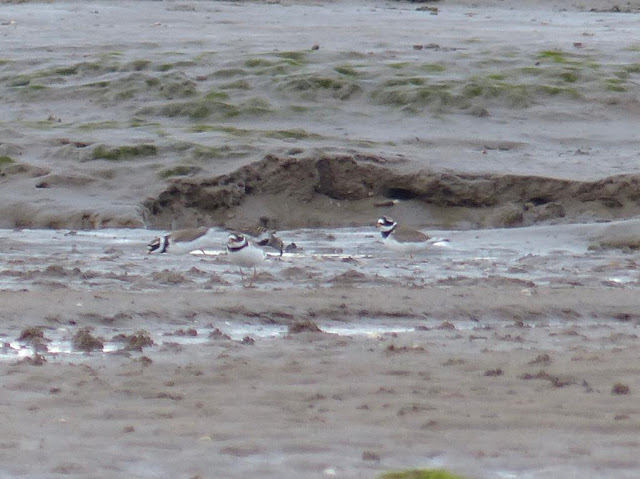 Three Shelduck were noted, are they breeding ? 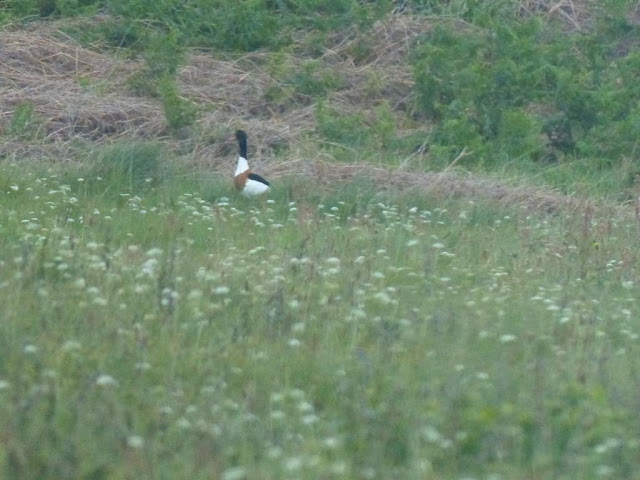 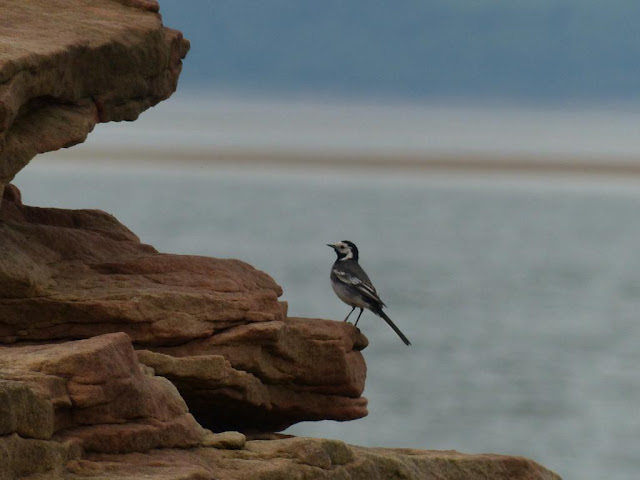 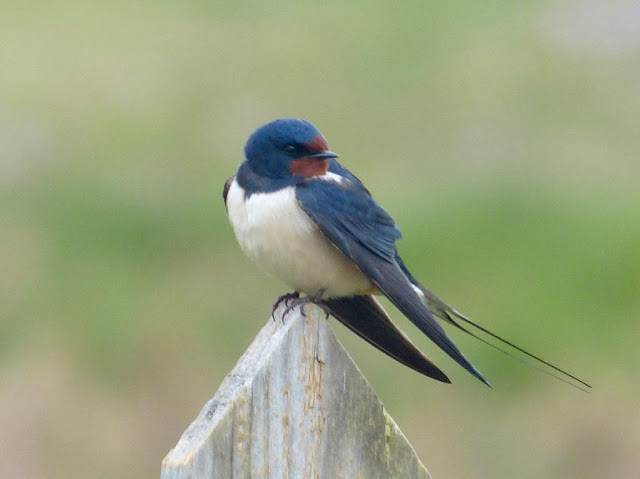 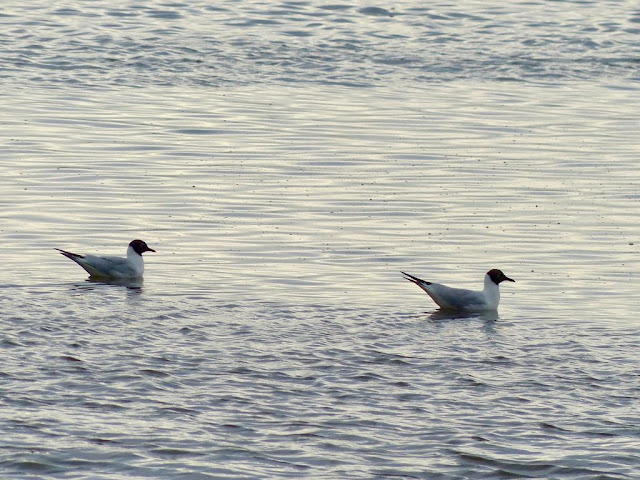 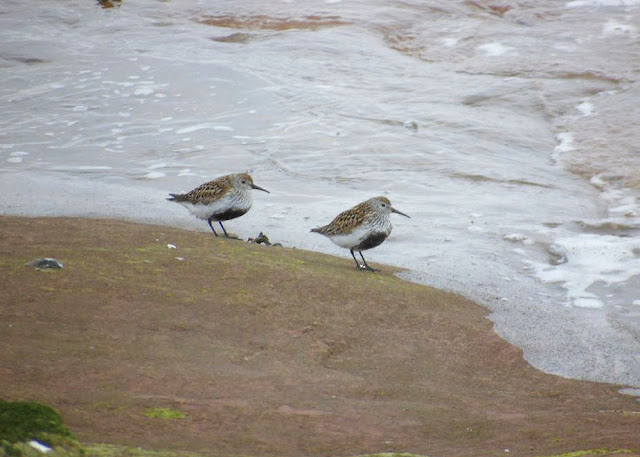 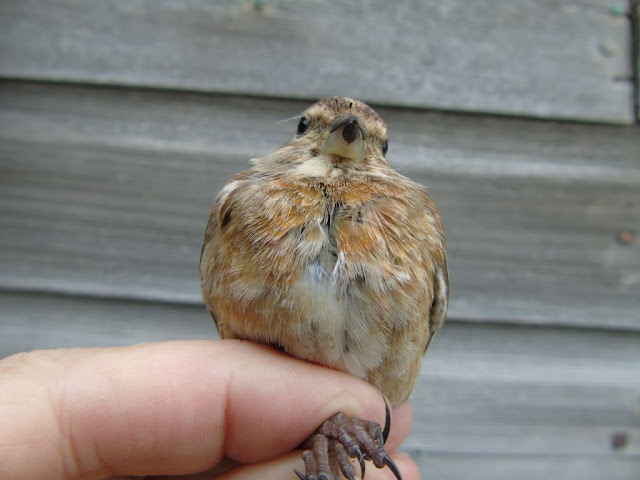 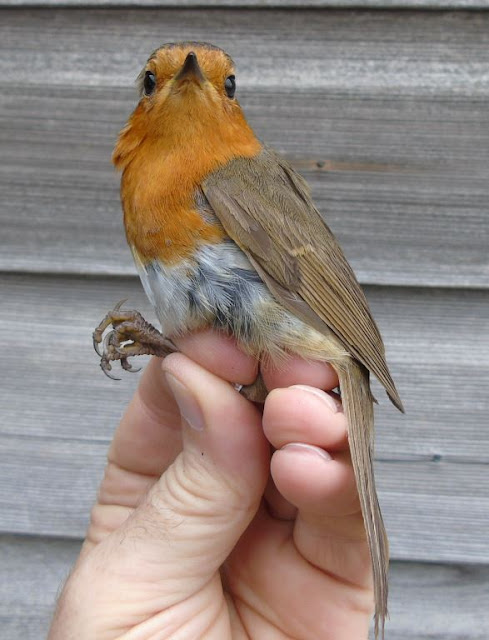 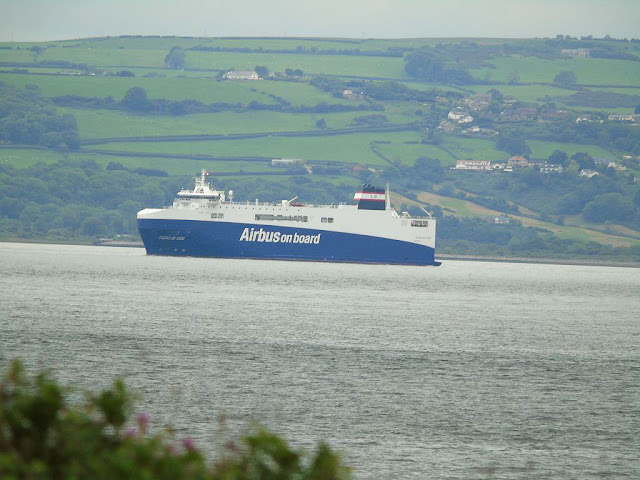