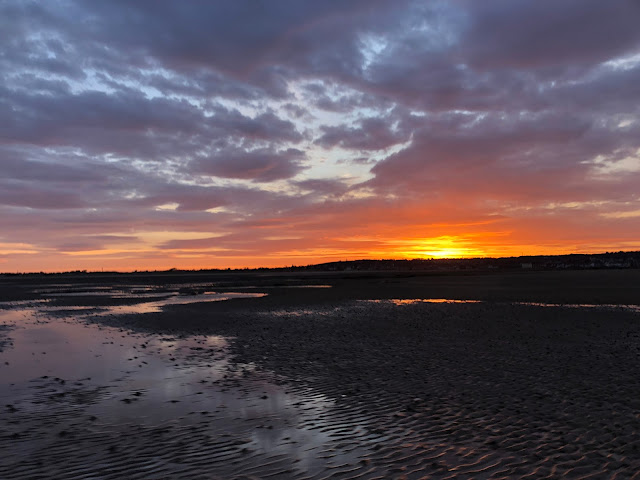 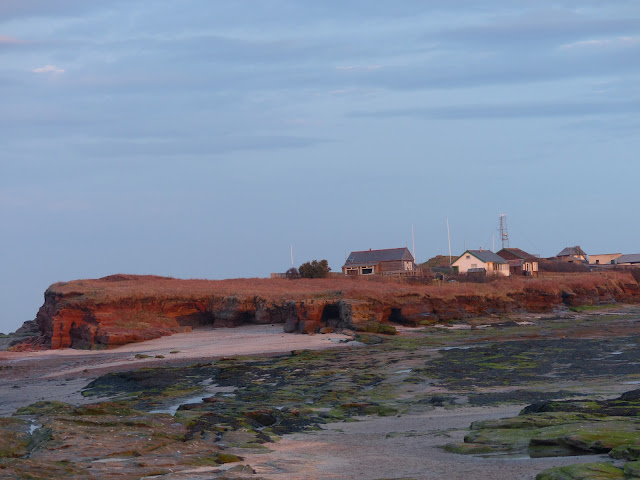 Migration continues to increase and the first ‘round’ of the day found a new Robin in each of the three traps, with a total of eight on the island.  A Chiffchaff, 3 Goldcrest and a White Wagtail were all firsts of the Spring and two stunning male Stonechat were feeding in front of the bungalows. A Stock Dove flew east to west over the island, Linnets numbered 6 including a singing male, 4 Goldfinch flew south and other migrants noted were a male Reed Bunting, 2 Starling and 60 Meadow Pipit. 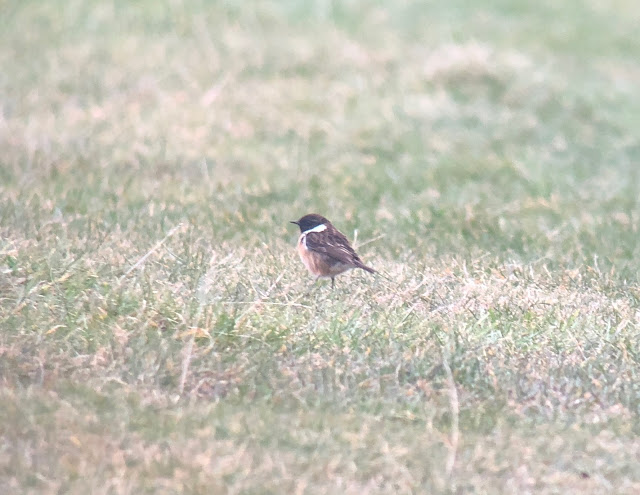 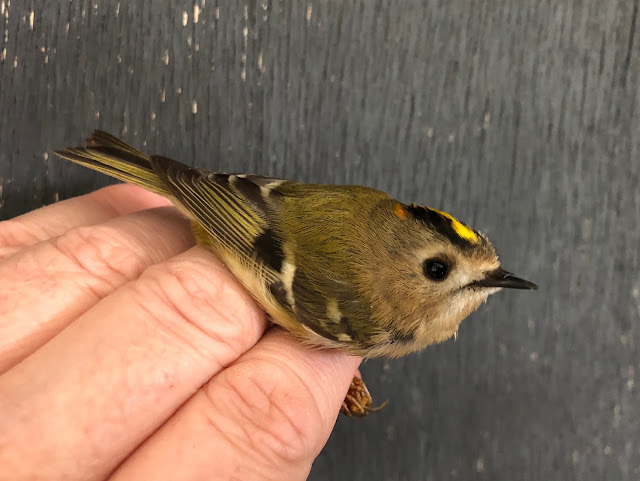 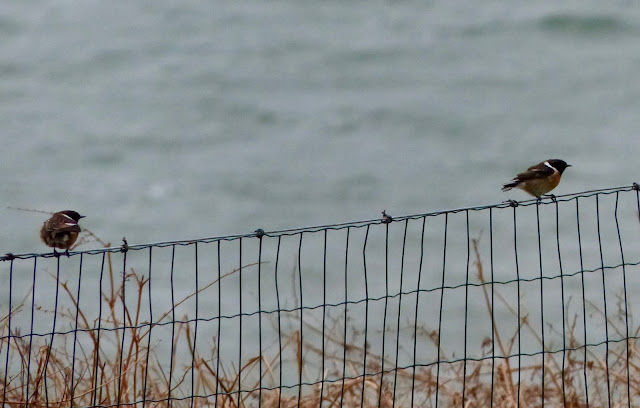 On the sea were at least 8,000 Common Scoter (most out by the wind farm), two pairs of Red-breasted Merganser flew up the Swash as did a single Shelduck and there were six Eider including a new adult male. 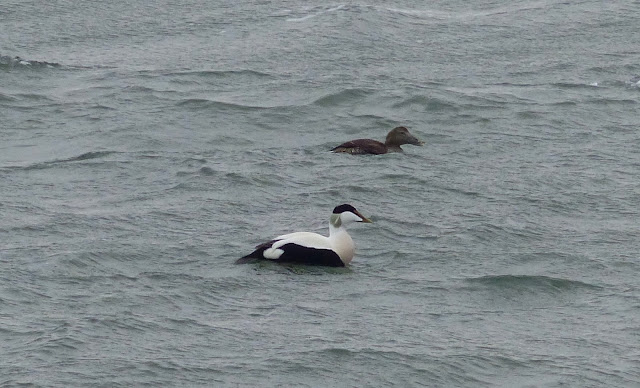 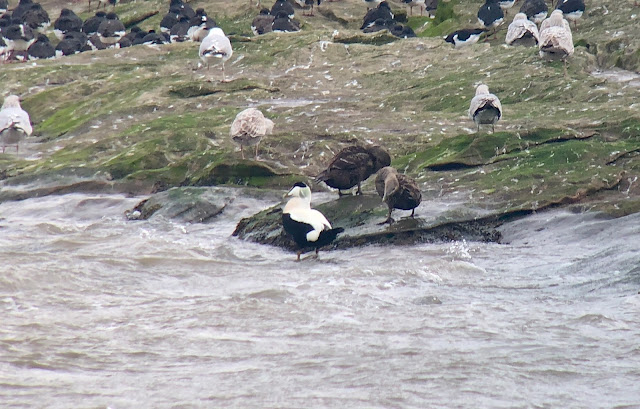 There were very low numbers of waders today but eight Purple Sandpiper were present at the North End, 80 Turnstone about the island included a few feeding outside the obs gate, 25 Bar-tailed Godwit, 8 Ringed Plover and 8 Grey Plover were also present. 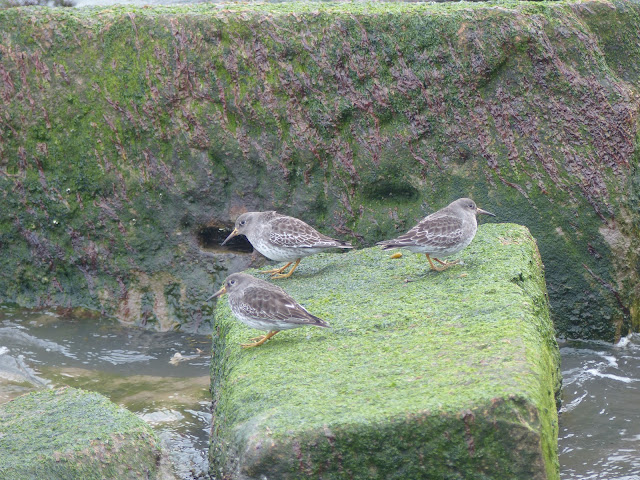 A immature female Peregrine harassed the roosting waders frequently over the tide. 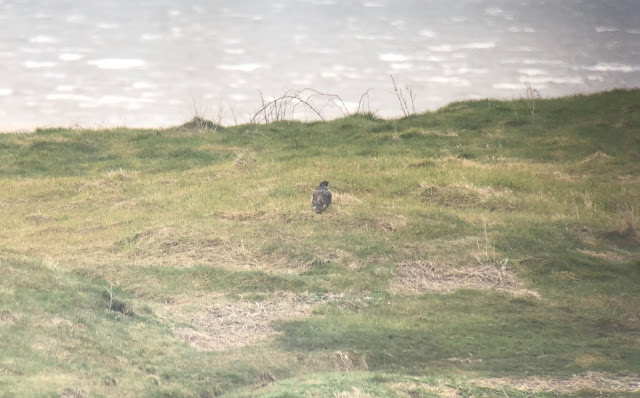