Weather:  NW  1 vis  half a mile with heavy snow early on 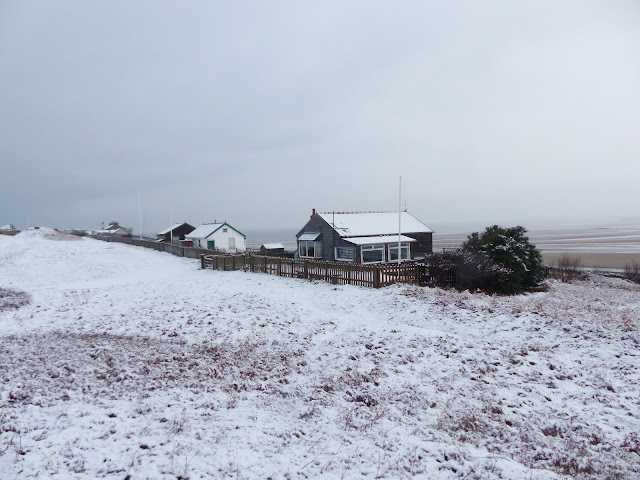 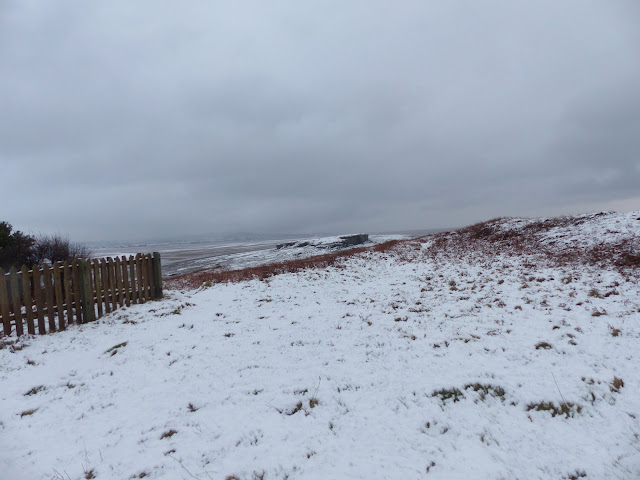 A short visit to the island saw 2 Starlings flying  south through the snow, 4 Skylarks separately went east and 3 Meadow Pipits were present along with the local Pied Wagtail (returning ringed male) and a few Robins and Wrens.

When the snow stopped it was possible to see the 300+ Common Scoter, 240 Bar-tailed Godwit and 23 Grey Plover.  Five Eider were about the island and included a new first winter male. 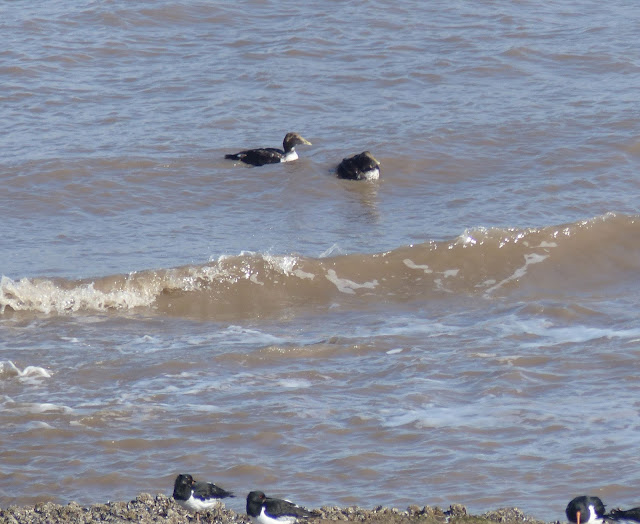 Brent Geese around the North End were counted at 113.

Fox tracks were visible in the snow on Middle and Hilbre and a surprise find in the cold, snowy conditions was a large frog outside the obs fence which was put somewhere that was more sheltered. 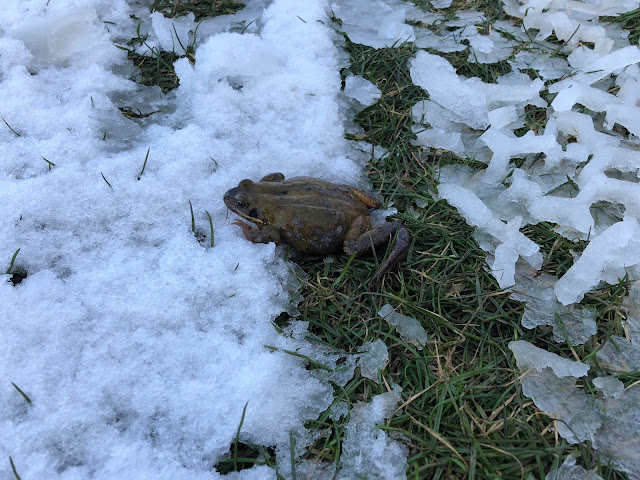 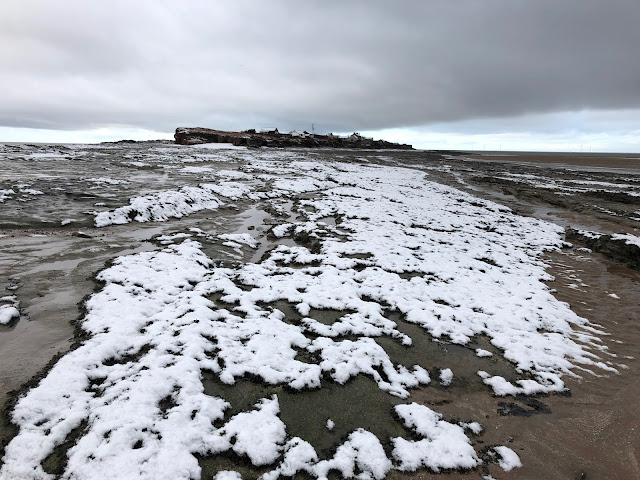 Photos AS and SRW
Posted by Hilbre Steve at 22:28