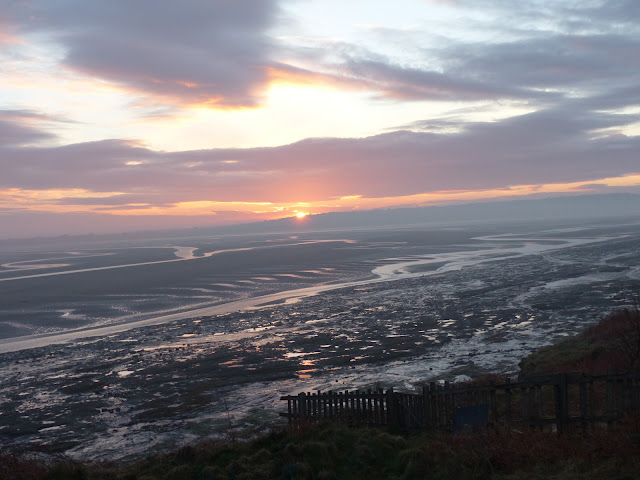 The day started with the sound of Pink-Footed Geese being heard when crossing the shore, but it was still too dark for them to be seen, a single Greylag Goose flying down the Swash and out of the estuary later was no real compensation !  There were not many Brent Geese around today and only 169 were counted but 238 Common Scoter with 6 male and 1 female Scaup were on the sea between Hilbre and Red Rocks. Also on the sea were the 5 remaining Eider, 118 Cormorant , 3 Great Crested Grebe and 6 Red- breasted Merganser. 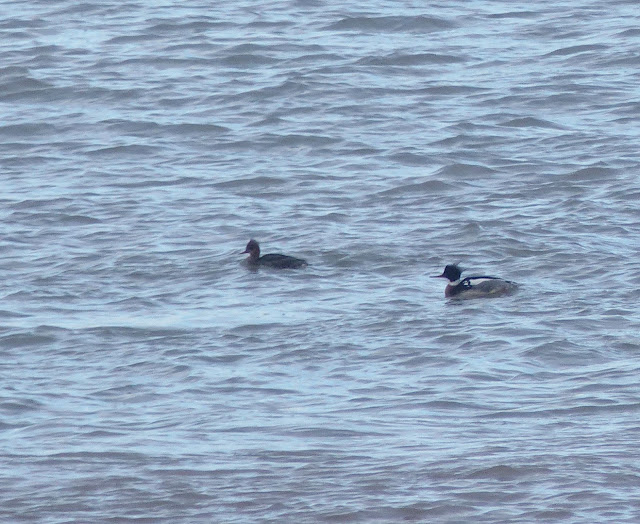 A Snipe was again flushed from the pond area, 213 Curlew roosted on middle over tide and 38 Ringed Plover preferred to roost on the west side of Hilbre. 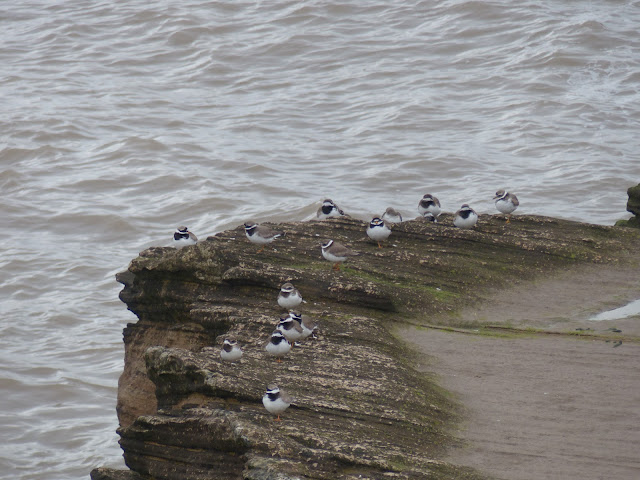 Before tide 202 Bar Tailed Godwit , 53 Grey Plover , 812 Knot and 120 Dunlin were on the East Hoyle. Other waders present were 66 Turnstone, 32 Redshank and 3 Purple Sandpiper.
There was more variety in the passerines than the previous few days with 3 Skylark, 2 Starling, 4 Pied Wagtail, a Linnet and a Siskin flying over. Eight Meadow Pipits were back on territory, 2 Song Thrush (one being a new un ringed bird), 3 Robin, a Dunnock and 5 Wren. On the last ‘round’ of the day a Stonechat was noted on the west side by the light, it eventually moved across to the east side and then a second bird (male) popped up from the cliff edge but soon dropped back down and was not seen again. 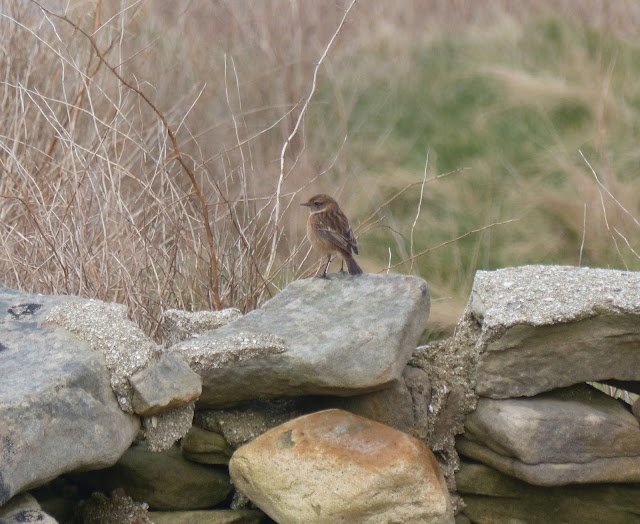 One Heron was briefly by the pond and on the way off in the dusk a Peregrine was found sitting to the east of Little Eye. 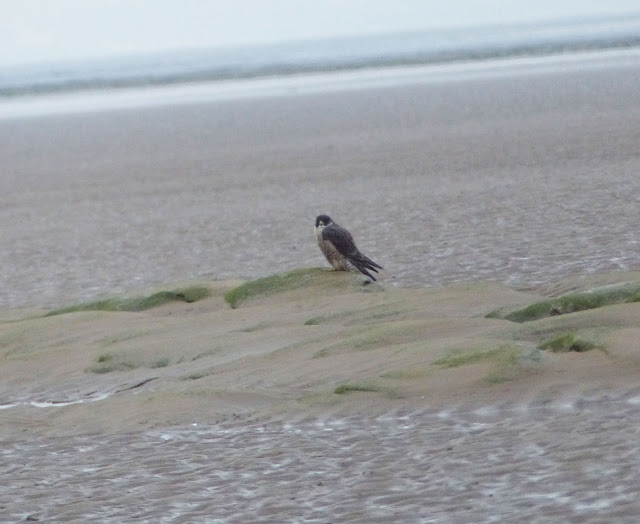 photos AS
Posted by Hilbre Steve at 22:39