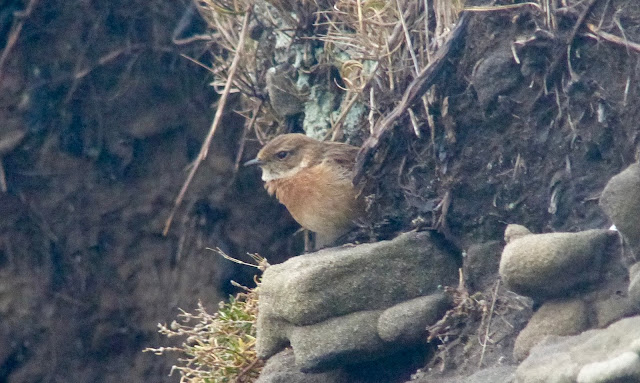 The cold weather continued but at least the bitterly cold easterly wind had dropped.  Overnight snow covered the island again and birds were finding the conditions difficult. 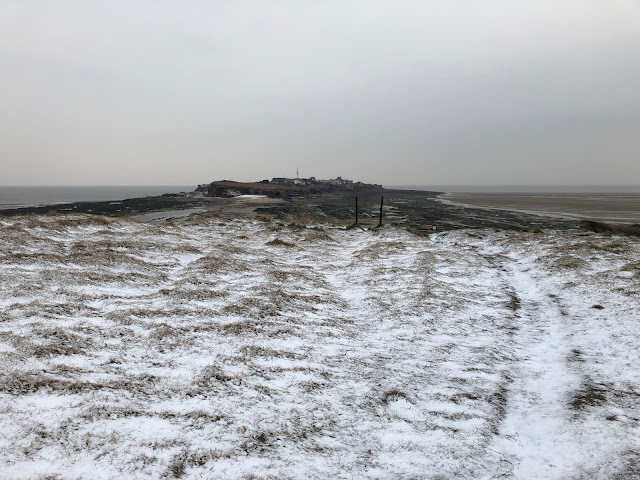 A Golden Plover was found sheltering at the bottom of the Obs garden and was clearly one of the birds down on the island yesterday. 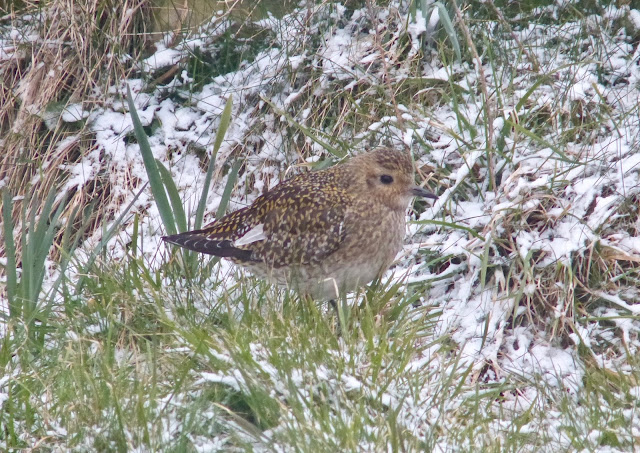 Two Dunlin were roosting on the frozen pond on the island and a single Snipe was found again on the margins. 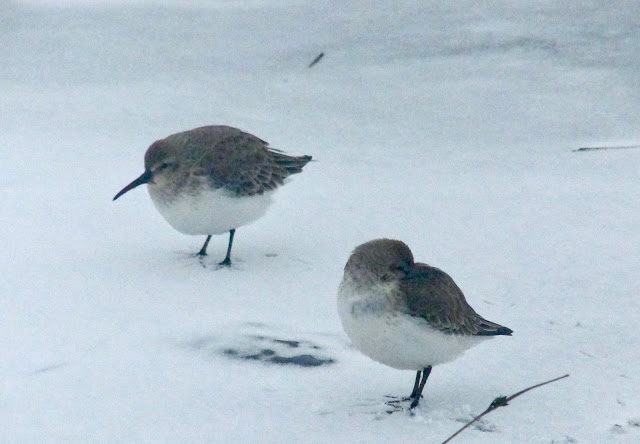 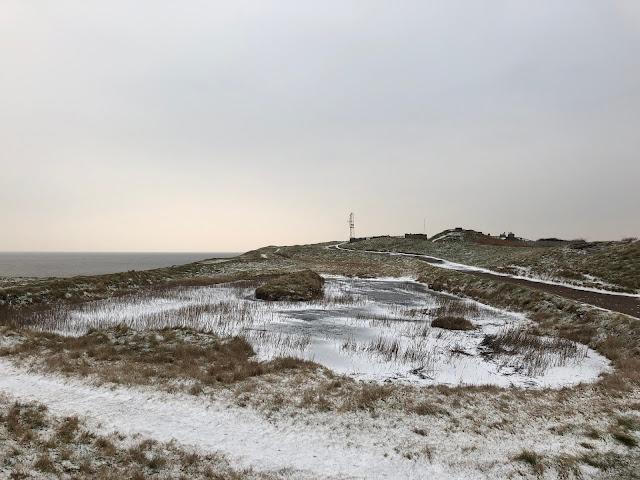 A single Stonechat was discovered down the east side cliffs taken shelter and feeding in the geos and crevices along the east side between the Obs garden and Niffy Bay. 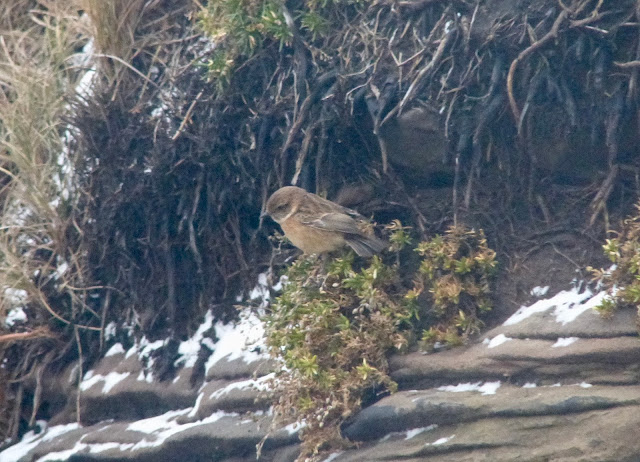 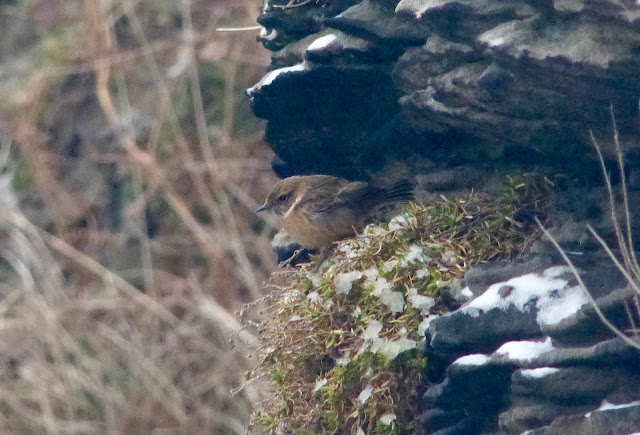 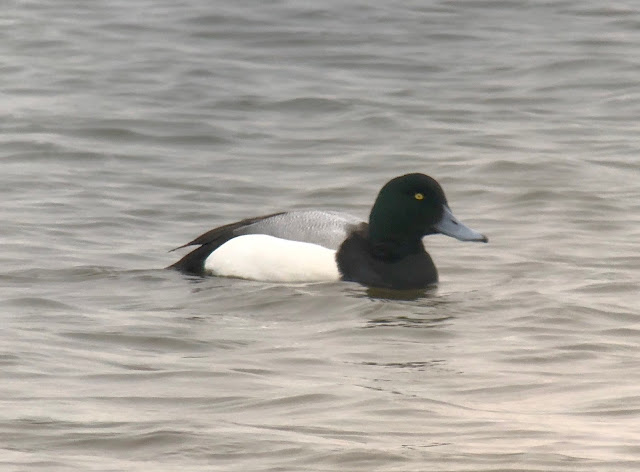