A fairly quiet morning with several finches logged including 10 Goldfinches, 1 Greenfinch, also 10 Pied Wagtails, a few migrant Meadow Pipits and a Skylark, then during the morning 2 Goldcrests dropped in and were both ringed. 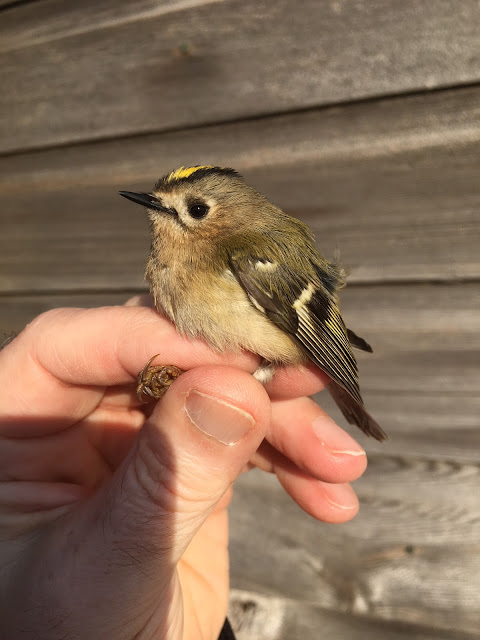 A female Scaup flew pssed the North End while other wildfowl noted were the 6 Eider (2 immature males and 4 females) around the islands and then 6 birds (3 adult drakes and 3 females) flew passed the North End over the high tide seen by a visiting birder, a pair of Red-breasted Mergansers by the West Hoyle sandbank and 2 Greylag Geese flying west between the islands.

Four Purple Sandpipers headlined the waders at high tide, with 11 Bar-tailed Godwits and 12 Sanderling while 12 Great Crested Grebes were counted on the sea.