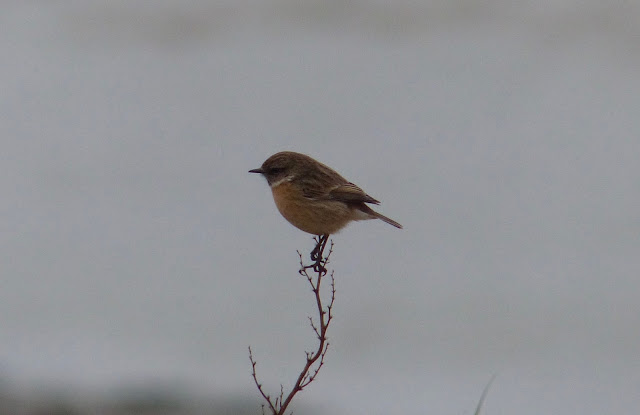 The day began well with some overhead movement including a few Goldfinches (8) and 2 Jackdaw, later a Rook flew overt the south end, a scarce bird at Hilbre but March is an excellent month for corvid species on the islands.

Another Stonechat was found early on in the SK paddock but soon disappeared but was found late afternoon on Middle Island.

Once again the rising tide produced excellent numbers of waders and included in the 7,500 Knot were several colour-flagged birds below the Obs garden including the Icelandic ringed Knot first seen yesterday on the Whaleback and two new UK-ringed birds.  Meanwhile a Peregrine was about the main island in the morning before roosting up on Little Eye for the afternoon keeping and eye on the vast flocks of waders feeding in the area during the ebbing tide. 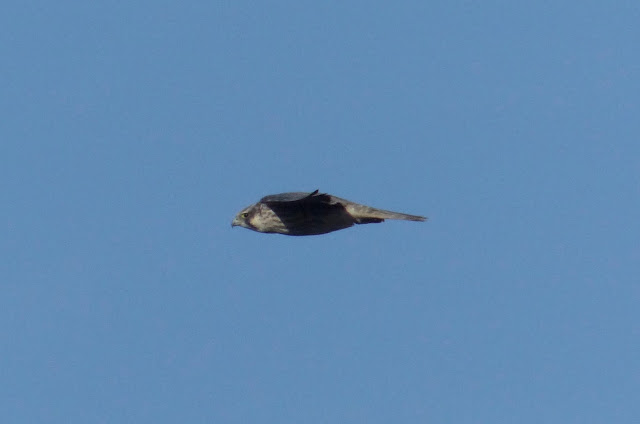 Nine Little Gulls were seen before the tide out off the West Hoyle, a typical location and date for this species at Hilbre we hope to see increasing numbers in the next couple of weeks.

Five Eider were present in the morning increasing to six birds later and these were temporarily joined in the ebbing gutter by a pair of Gadwall - a scarce, but possibly increasing, species at Hilbre.  This is the sixteenth record since the foundation of the Bird Observatory in 1957 but the fourth since 2015. 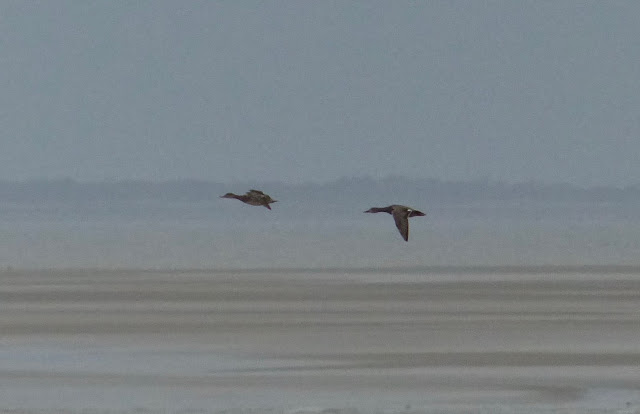 The Brents were in reasonable numbers around the island but separate groups made accurate counting difficult but it was nice to see the Canadian ringed bird still present.

Song Thrush and Rock Pipit were the highlight of the other passerines present on the island although it was nice to see and hear some of the Linnets back on the island during the morning sun.
Posted by Hilbre Steve at 22:21