Weather:  SSE force 1  sunny and fairly warm
A lovely day on the islands with top coats shed for the first time this year as many typical March birds arrived. Very much the highlight of the morning was a fly past of 14 Whooper Swans trumpeting their way out of the estuary towards the north west, always an inspiring sight and sound. 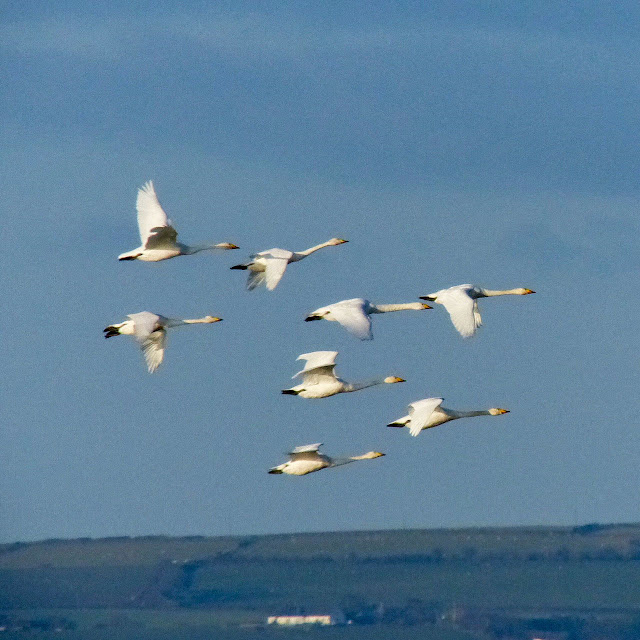 Other wildfowl today included 4 Greylag Geese, 2 Canada Geese (below), 5 Eider, 14 Red-breasted Merganser (mostly towards the west hoyle bank), and of course the Brent Geese which this afternoon were counted at 159. 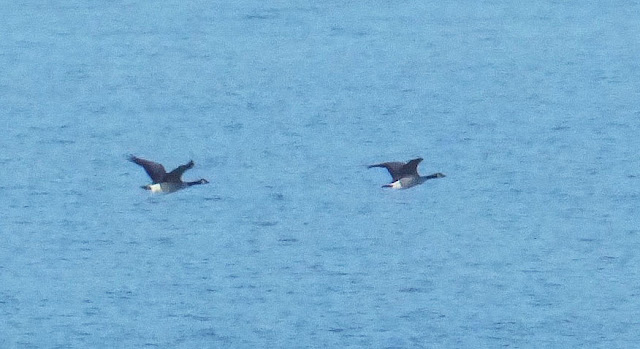 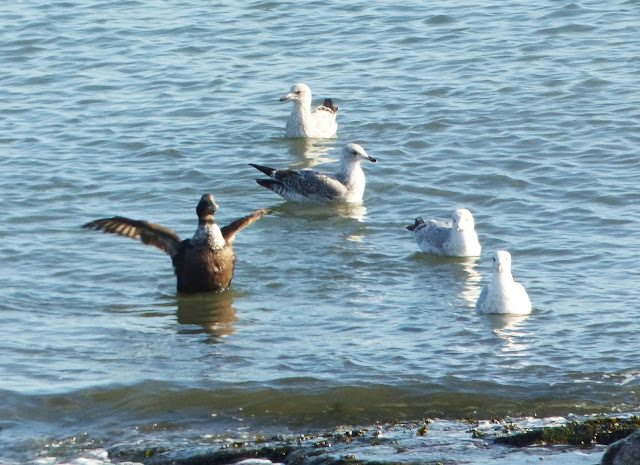 High over and calling were 3 Jackdaws, and a Raven. Down about the island for a while was a Woodpigeon, some of the 10 Goldfinches and a House Sparrow that circled around a few times then departed the obs garden and eventually off to the south. 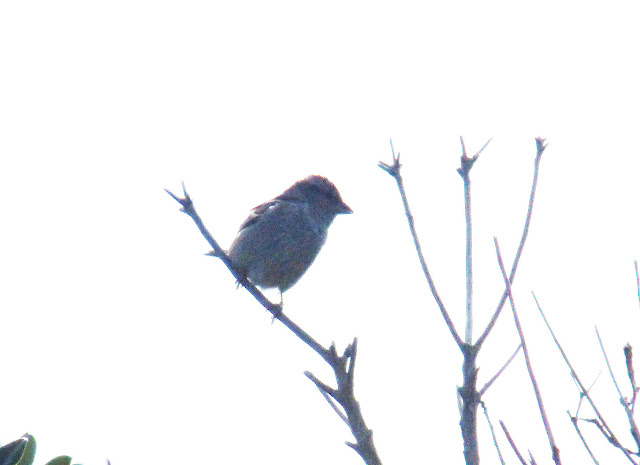 Two Siskins and 12 Pied Wagtails were among other small passerines noted, also some of the 45 Meadow Pipits seen would be passing through. Linnets are now on territory in various places on the island. 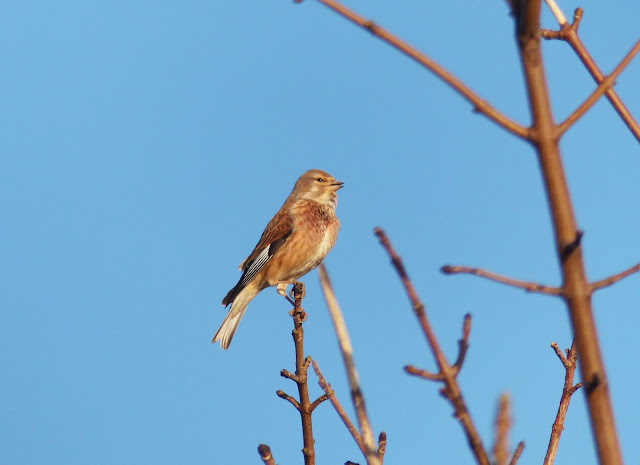 Little Gulls featured again on the sea, 24 today, most being off to the north west and distant, while 20 Great Crested Grebes and 200 or so Common Scoter were the only other reward for sea watching. A flock of 1,500 Knot flew about the north shore but other wader sightings were unexceptionable. A Little Egret arriving in the east gutter usually causes little excitement these days, but the one today was the first since the very cold weather, maybe the sun encouraged it out here to feed. 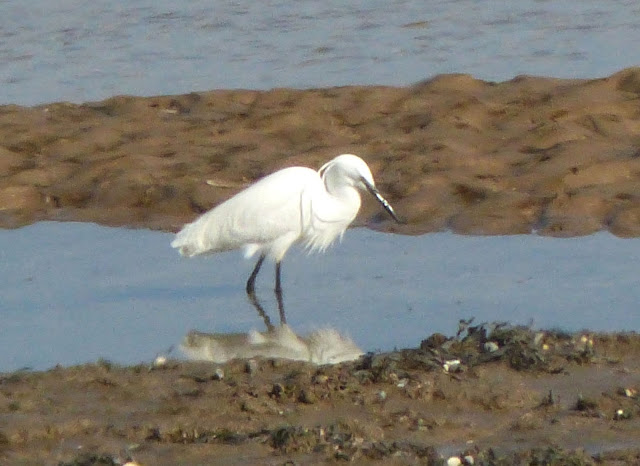