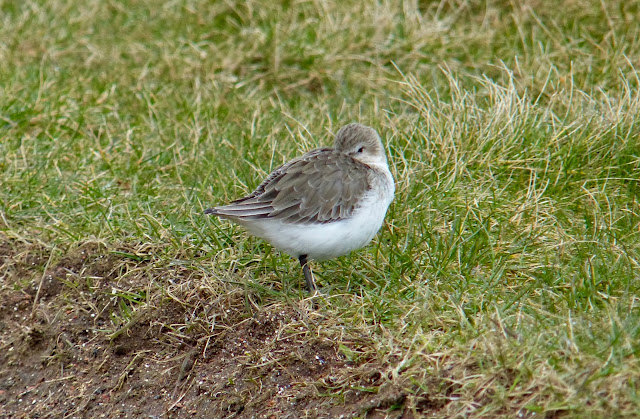 Less rain than forecast was a pleasant surprise to observers arriving and a movement of Meadow Pipits was observed with one flock 16 seen heading south over Middle.

It was perhaps no surprise that the first bird of the day to be caught was a Meadow Pipit in the Heli.

There were still at least 7 Robins around the island with 3 or 4 fighting in the Obs garden, and another was caught in the SK heligoland trap, but there were no other signs of any grounded migrants. 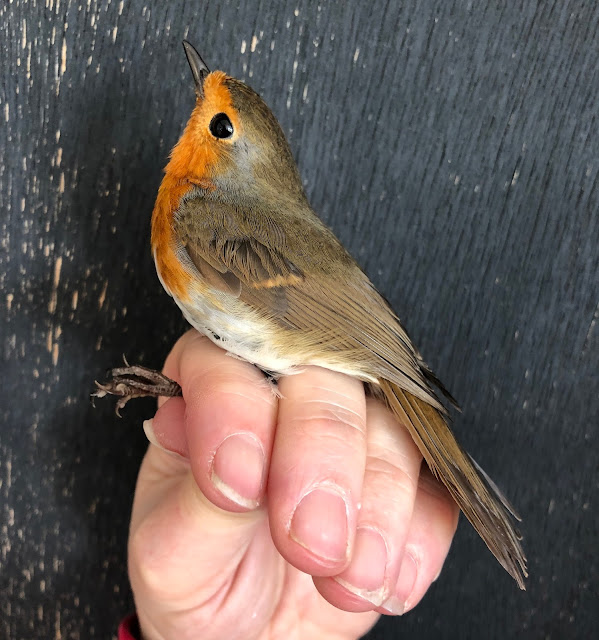 Five Eider were around over the tide (including two immature males and three females).  Common Scoters numbered at least 800 that were around the North End but the large rafts were not visible in the murk.

Wader numbers were impressive both before and after the tide with at least 6,000 Knot and 486 Grey Plover being the highlights.  A single Dunlin appears to have taken to roosting around the pond on the main island and a number of Turnstone are spending time on top of the island (which is unusual).

In the afternoon the weather improved immeasurably. 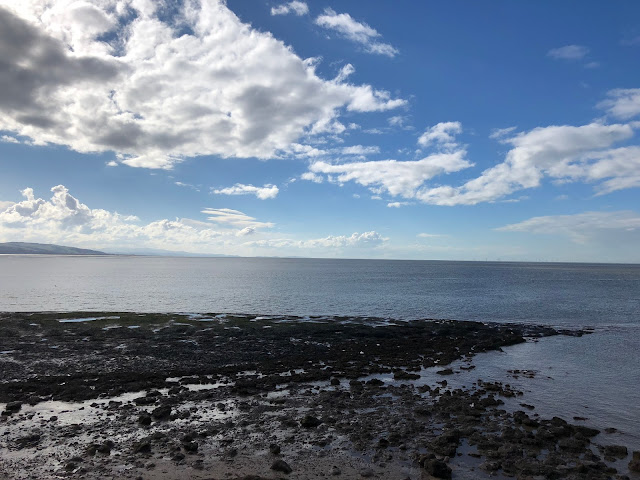