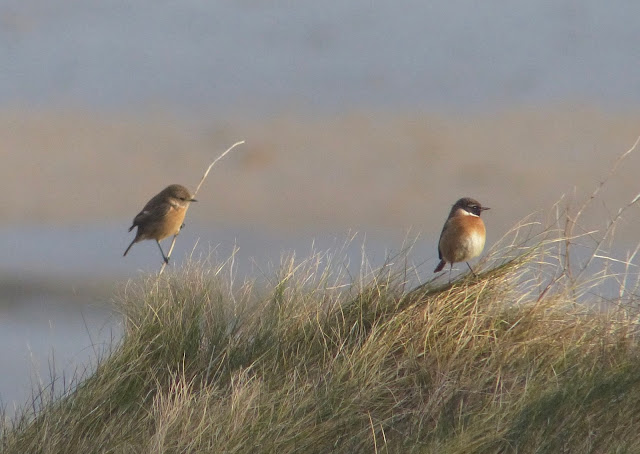 An ideal weather day today for a work party to preepare the traps for the coming spring. 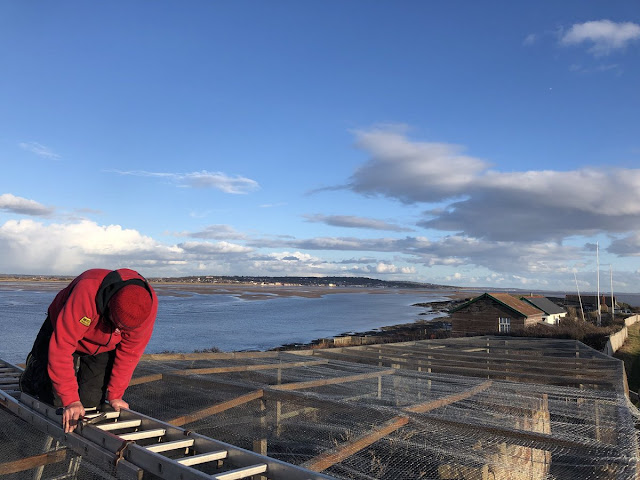 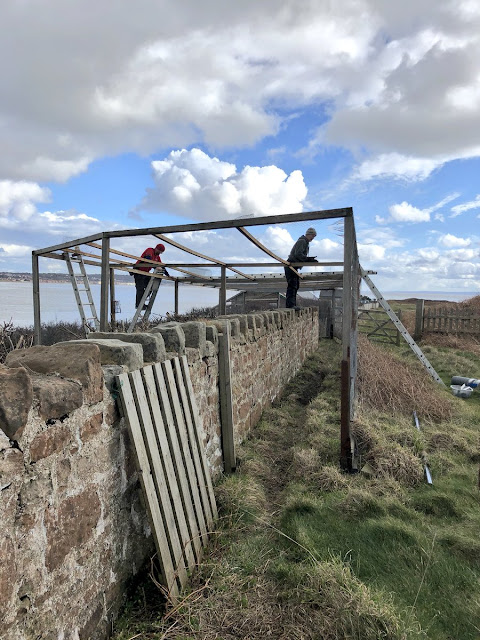 The morning started with  a Merlin flying over the ridge south of Middle and 17 Lapwings resting at the north end. 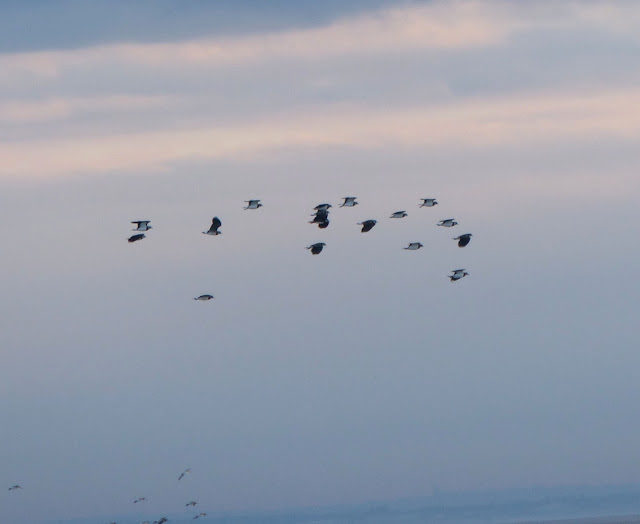 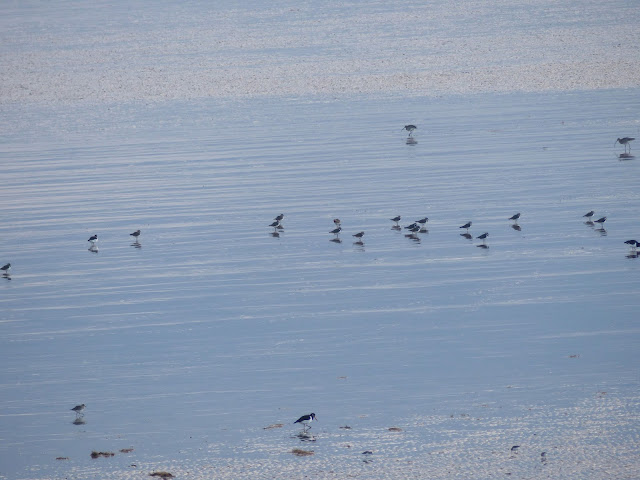 Three Stonechats were on the main island and later in the afternoon they were about the area of the 'heli' trap when one was caught for ringing, a species which does not appear on the ringing list every year. 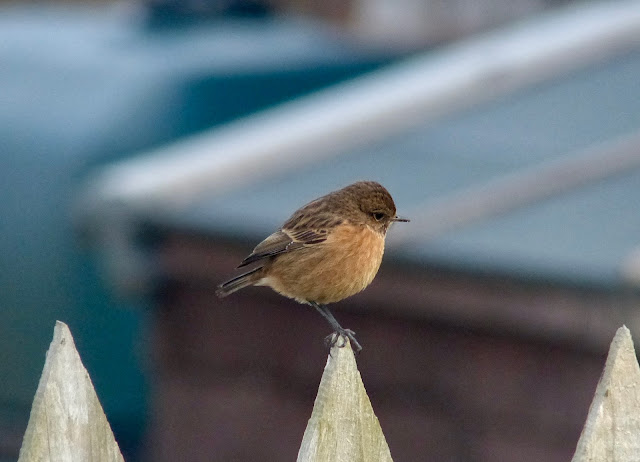 A few species were noted as flyovers during the work including a Jackdaw tracking west, 2 Redwings, 2 Goldfinches, a Chaffinch, 5 Pied Wagtails. A few Meadow Pipits also passed through and earlier a Skylark was over Middle, while 2 Song Thrushes and a Rock Pipit were also present..
Wildfowl noted were 186 Brent, 500 Common Scoter and 6 Wigeon. best of the waders were the 300 or so Bar-tailed Godwits that have been about recently.