Weather: ESE  force 3    mist around the estuary on a pre-tide visit.
Milder overnight although the icicles still hang from the cliffs. 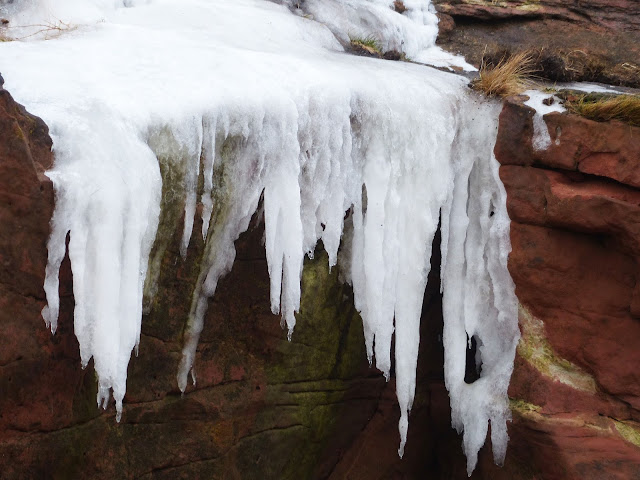 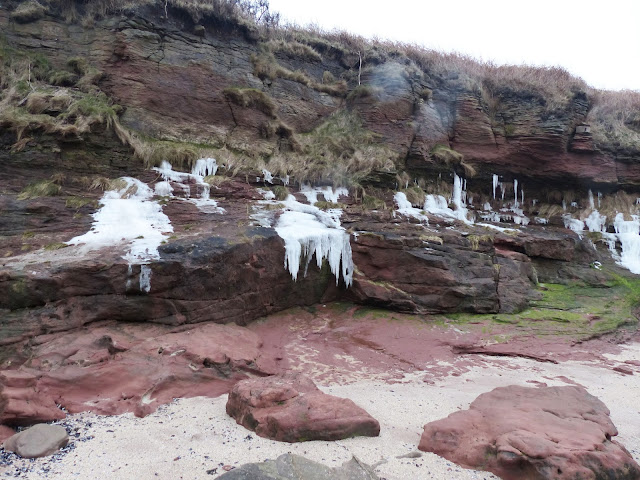 A Common Snipe was flushed from near the main pond and although it seemed not to fly away high it could not be relocated. No sign this morning of either of the Stonechats of the last couple of days, and the Golden Plover has been predated near the west side path, probably by a Peregrine. New to Hilbre of late were a pair of Scaup lingering off the north end close to 5 Eider. 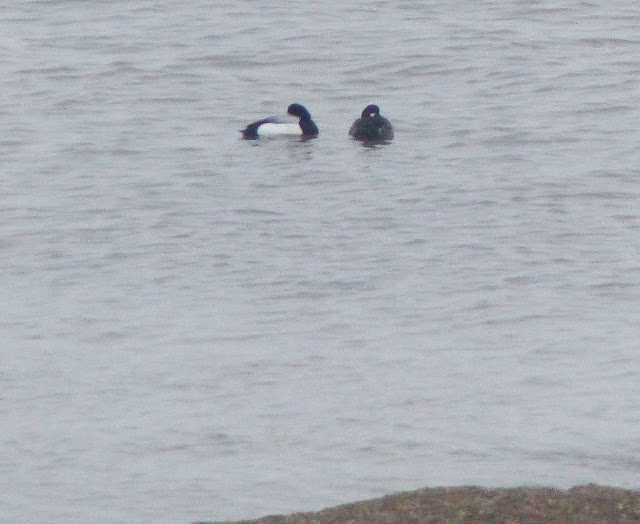 Also seen on the sea were 5 Great Crested Grebes, a pair of Red-breasted Mergansers and 200 Common Scoters. 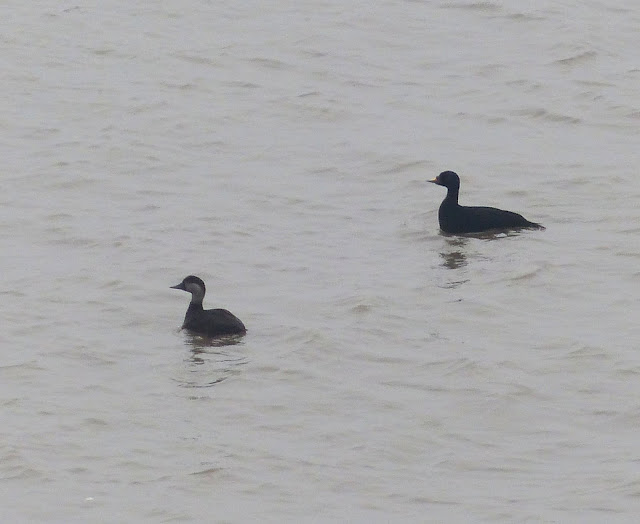 Brent and waders were hard to count at the very low tide this morning but noted were about 20 each of Grey Plovers and Bar-tailed Godwits, and 2 Purple Sandpipers.
Passerines were scarce, 3 Song Thrushes (one was ringed today), 2 Blackbirds, 8 Meadow Pipits, 2 Robins, 3 Wrens and a Dunnock.
Ringed: 1 Song Thrush           [ 8-5 ]
photo AEH & CJ
Posted by Colin Jones at 15:03