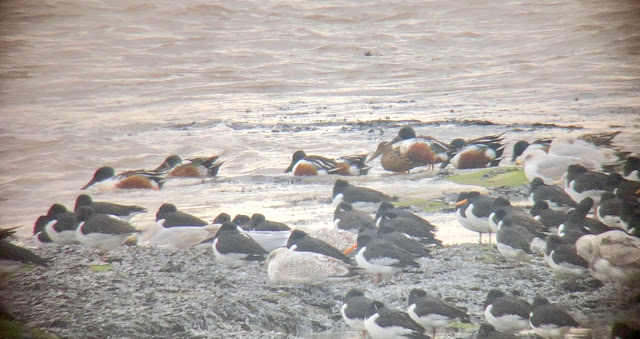 Although viciously cold in the wind, observers were pleased with a good start to the days cold weather movements in the form of 11 Shoveler (9 males and 2 females).

Shoveler are a scarce visitor to the islands, they flew into the estuary and passed the south end of Hilbre to land on the sea west of the lagoon, moving along to the shelter of Middle where they were watched for some time.  This is the second equal highest day count for Shoveler at the Obs following 15 birds seen on 20 August 1978 and 11 seen on 26 August 1961.

Whilst looking at the area, 2 male and a female Wigeon  were noted close by.  Only 4 Eider were seen today but 28 Shelduck were around Middle Eye and out to sea were 270 Common Scoter, 12 Great Crested Grebe and just 85 Cormorant. 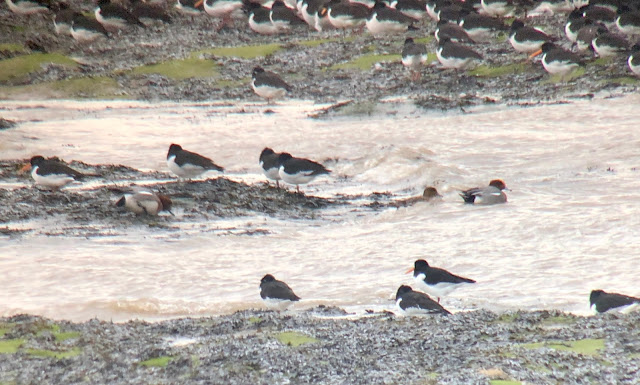 A total of 37 Lapwing moved east to west, mostly during the morning. 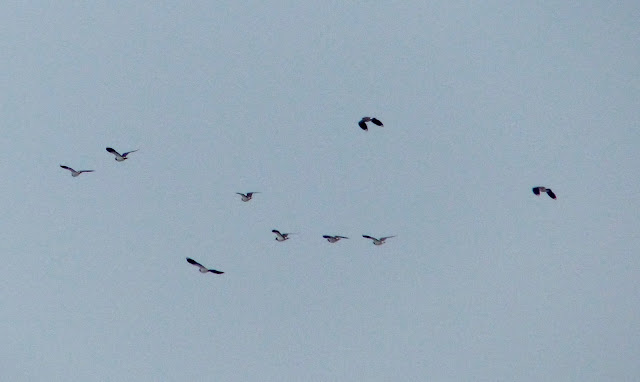 Two Golden Plover flew high over the North End early (going west) and four more were seen after the tide, Grey Plover numbered 250 and Ringed Plover 18.  Five Purple Sandpiper roosted over tide and the best of other waders were 2 Bar Tailed Godwit, 110 Turnstone, 800 Knot, 23 Sanderling, 56 Curlew and over 1,000 Dunlin. 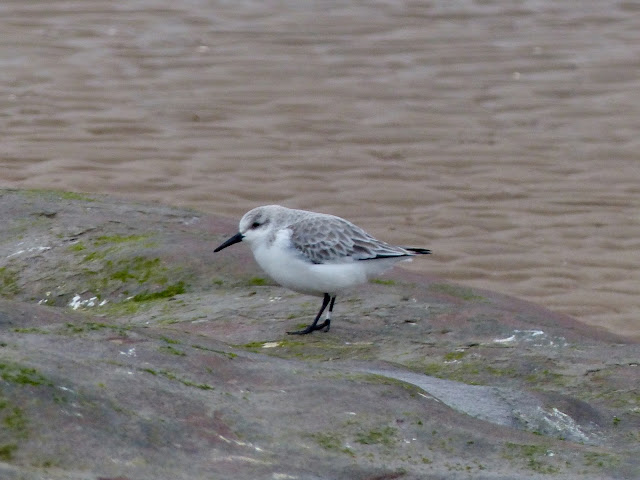 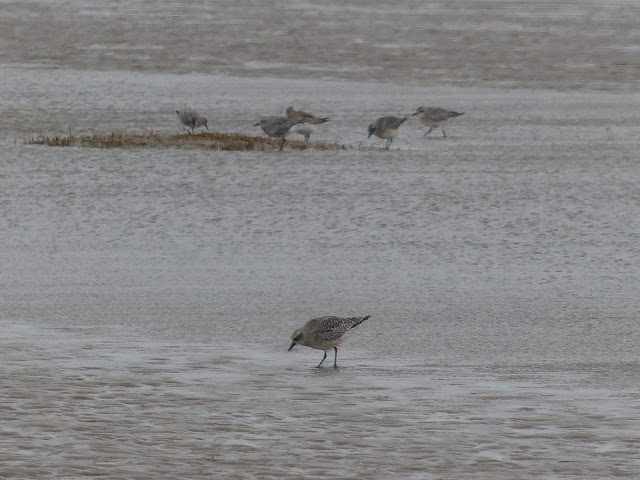 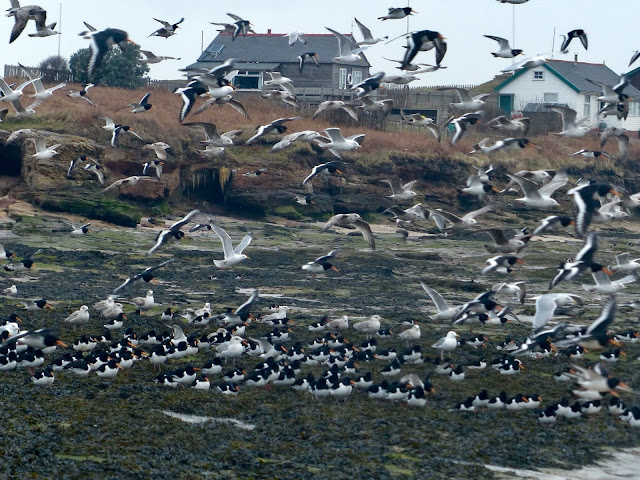 Gulls were more in evidence than recently and included 120 Common, 33 Black-headed and 7 Great Black-backed, also on the last round of the island a Mediterranean Gull was seen in flight just east of the Old Obs garden.

Passerines on the island were more or less the same as yesterday, 6 Carrion Crow were also seen.

A single Grey Heron and the immature female Peregrine which has been around for a while was seen a few times during the day over and around Middle Island.

No Grey Seals were on the haul out, not unsurprising with such a raw wind blowing straight at the West Hoyle sandbank. 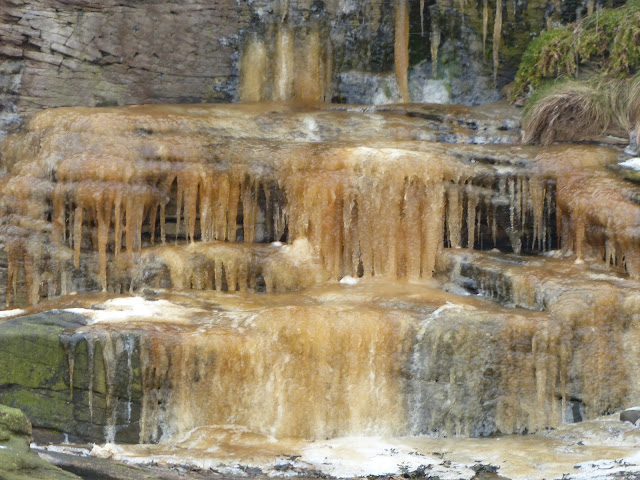 Photos AEH and SRW
Posted by Hilbre Steve at 21:04