The warm sunny day produced the first two bumble bees of the year but very little else in the way of migrants.

Three Canada Geese flew west during the morning and the 6 Eider were around the islands over the tide and singles of Goldfinch and Siskin were recorded.

Seven Purple Sandpipers roosted at the North End over the high tide but other wader numbers were generally good and included a new Icelandic colour-flagged Knot seen on the whaleback.

Meanwhile a couple of Turnstone have taken to feeding on top of the island after the recent cold spell and are obviously finding food.  We just hope they avoid the Fox as carcasses of other dead birds lie around the island at the moment. 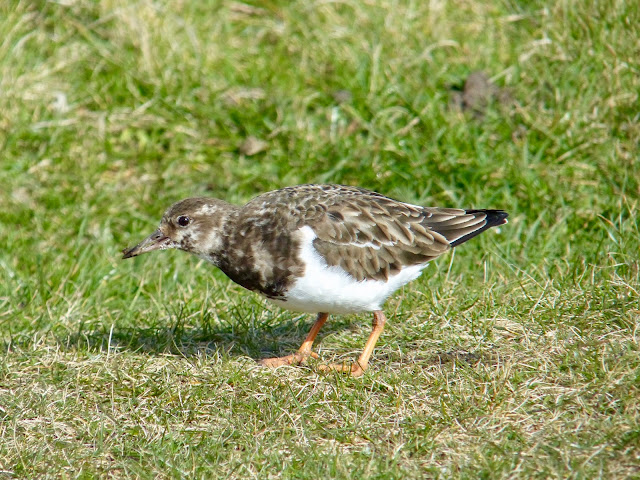