A difficult day for bird watching as most were doing their best to stay out of the biting wind (Wren below). 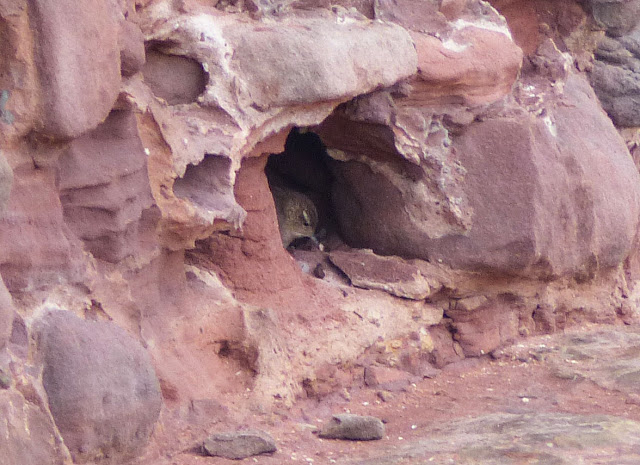 The Brent Geese were on the Whaleback which was quite sheltered, so a better count was made than of late with 168 including a colour ringed bird. 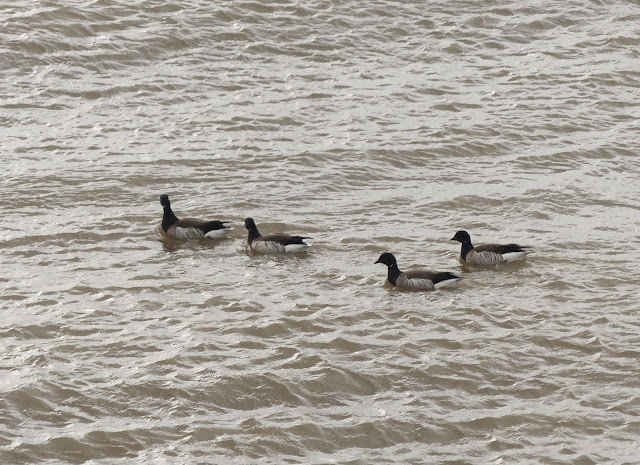 A single male Wigeon was close in west of Middle, five Eider were between the islands over tide. A one hour sea watch saw first two then six Little Gull heading west to east mid distance, 2,500 Common Scoter (below), 5 Great Crested Grebe and a Red-throated Diver were also noted. 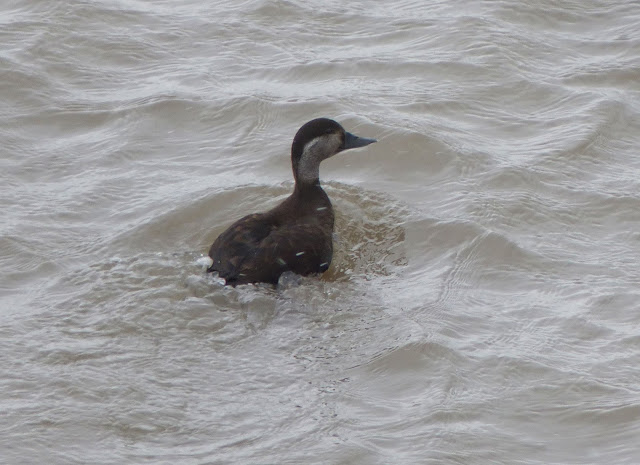 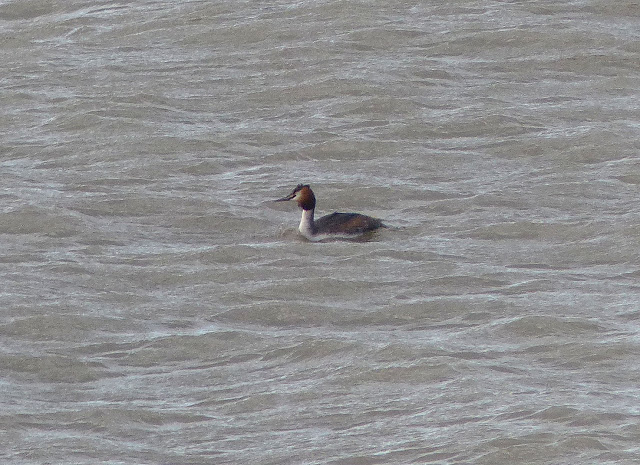 Waders were difficult to count as looking eastwards into the wind caused blurry eyes ! Counts that were managed included 5 Purple Sandpiper, 8 Sanderling,14 Bar-tailed Godwit, 2 Ringed and 32 Grey Plover and 18 Redshank in Niffy Bay. 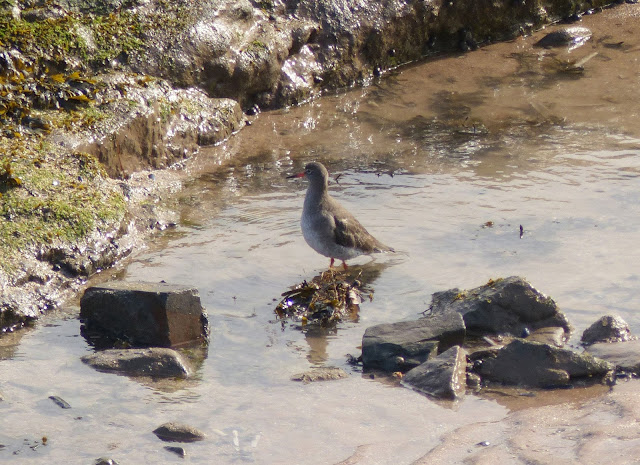 There was a Rock Pipit sheltering on the west side, 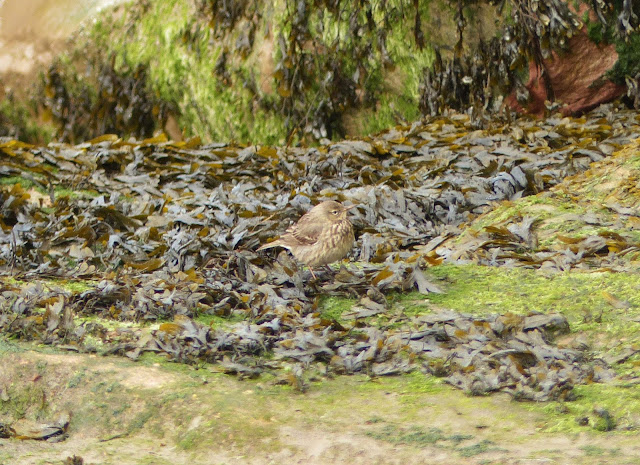 also singles of Blackbird, Song Thrush and Dunnock, 5 Wren and 2 Robin.
A Peregrine was perched above the cliff on the west side of Middle before tide.
photos AS