Two male Shovelers flew west today, still a very scarce bird at Hilbre although there have been more records of late.  Two Harbour Porpoise were noted today, again there have been many sightings recently and so this was not surprising considering the flat calm sea.  Although the Grey Seals were easier to photograph. 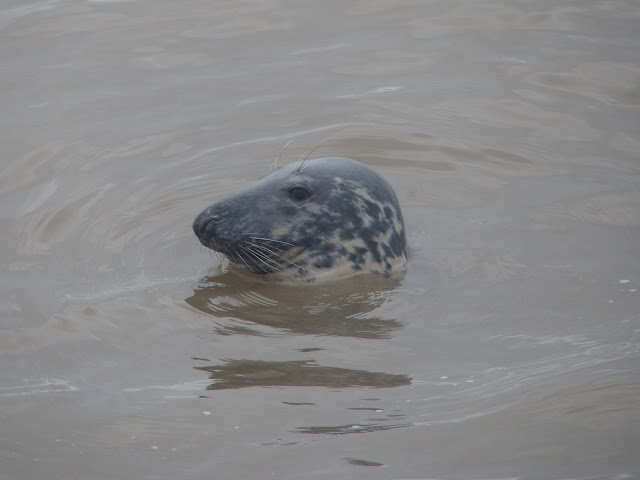 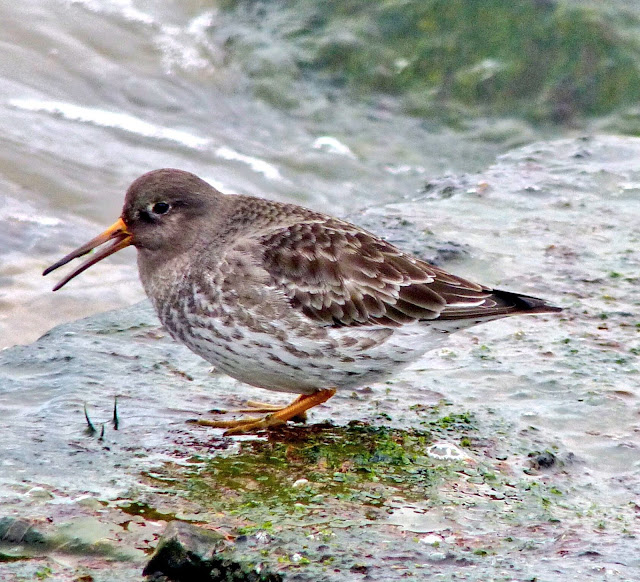 Five Eiders are still present and further out to sea were 3,000 Common Scoters, over 20 Great Crested Grebes, 9 Red-throated Divers and 6 Red-breasted Mergansers.

Five Pied Wagtails included a ringed male from previous years that has returned and was singing on the island. Most of the passerines today have probably been here for a while including 4 Robins, a Rock Pipit, a Blackbird and a Song Thrush, although the 12 Meadow Pipits will include those returning to breed. 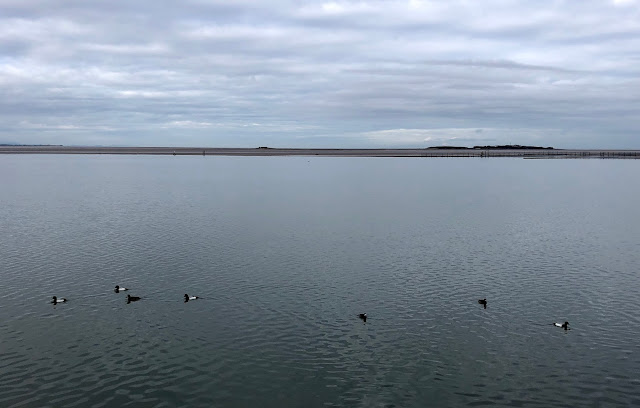 Meanwhile, nearby on West Kirby Marine Lake the small Scaup flock had increased to seven birds (see above with Hilbre in the background). 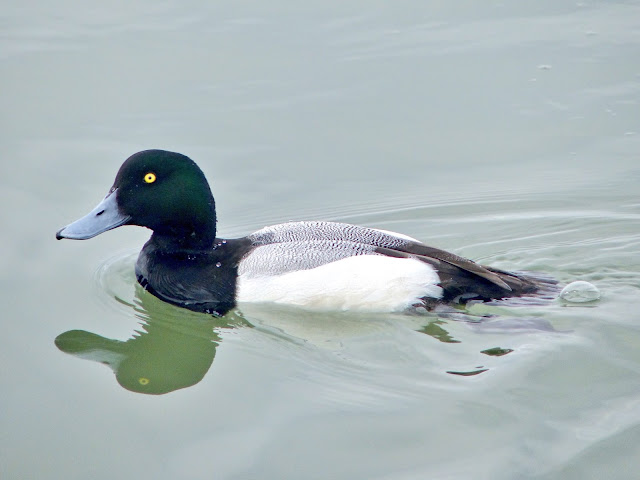 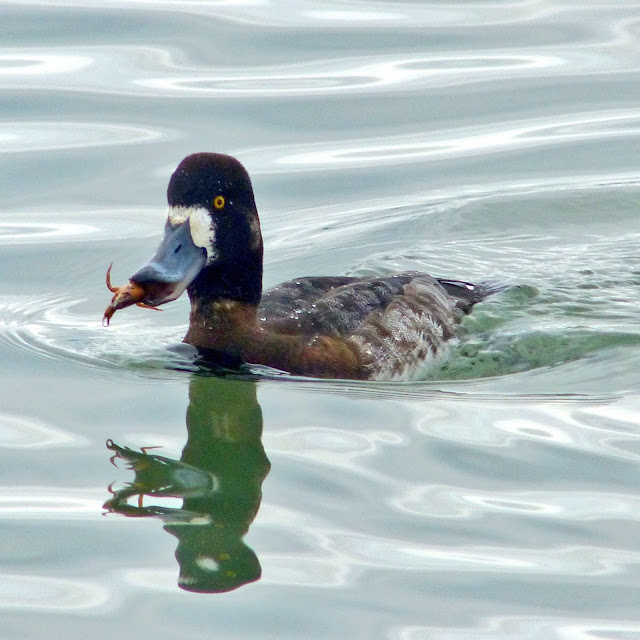 Photos by SRW
Posted by Hilbre Steve at 22:27