Weather: SE  2-3   cold, sunny
Another day with a cold start but glorious sunshine started once again with several flocks of Pinkfeet flying north out of the estuary, 1,345 birds being the count this morning. 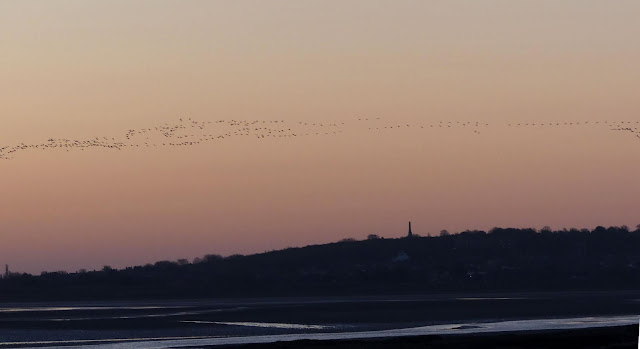 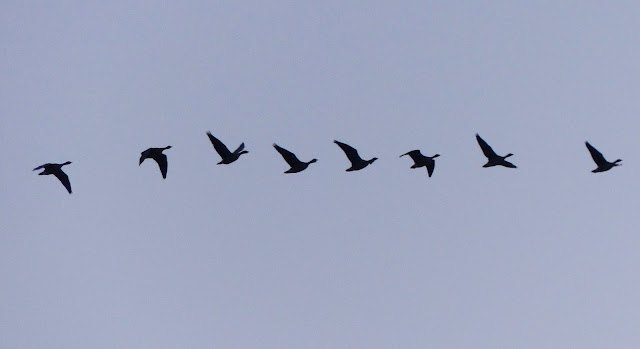 A single Canada Goose was in the lagoon first light, and then bird of the day, a Fieldfare called between the islands and was seen on the south end briefly. Migration was relatively slow this morning, up to midday about 8 Chiffchaff and 2 Willow Warblers passed through, also 50 Meadow Pipits, 13 Swallows, 7 Sand Martins, 16 Goldfinches, a Greenfinch, 6 Pied and 3 White Wagtails and the inevitable Woodpigeon.
Eight early Sandwich Terns fishing distantly to the north west was the only significant sighting on the sea. Five Brent stood on the tide edge and 2 male and 2 female Eiders stayed together. 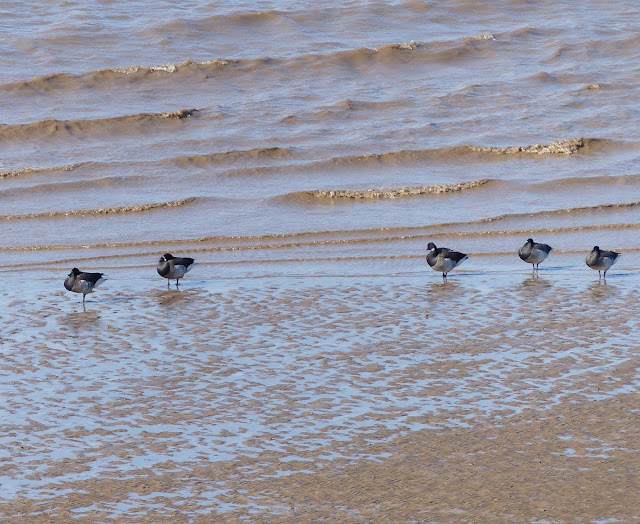 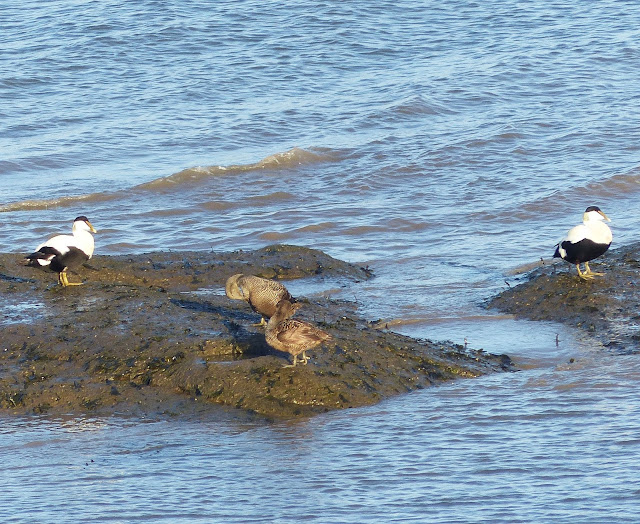 Waders are still few but 1,200 Oystercatchers were on the west hoyle at low tide. Also on the west hoyle 123 Grey seals were counted with 5 Common seals sitting out separately. The sunshine brought out both Peacock and small Tortoiseshell butterflies.
Late afternoon a Short-eared Owl flew around the south end of the island and landed on the obs fence briefly. 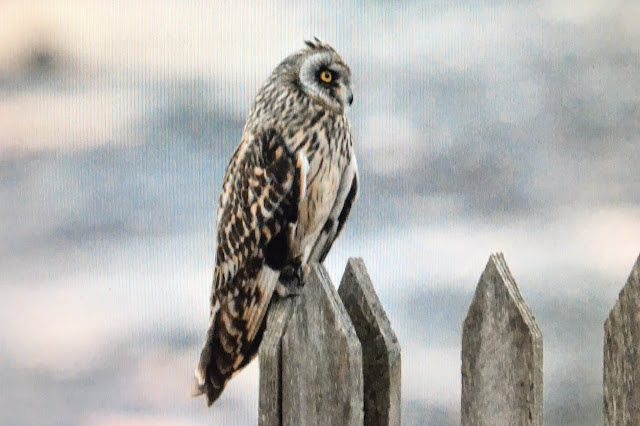 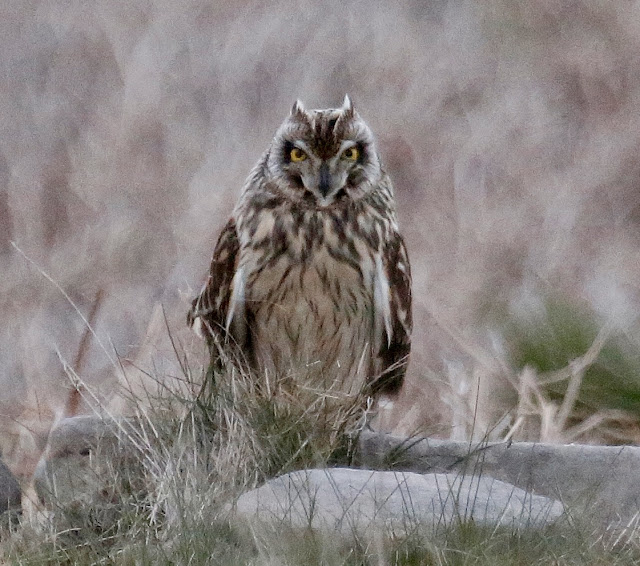