Weather: E force 3/4
The main feature of today was a passage of Meadow Pipits with 200 thought to have passed through. Three were ringed and were able to be aged by means of the pattern of the medium coverts. 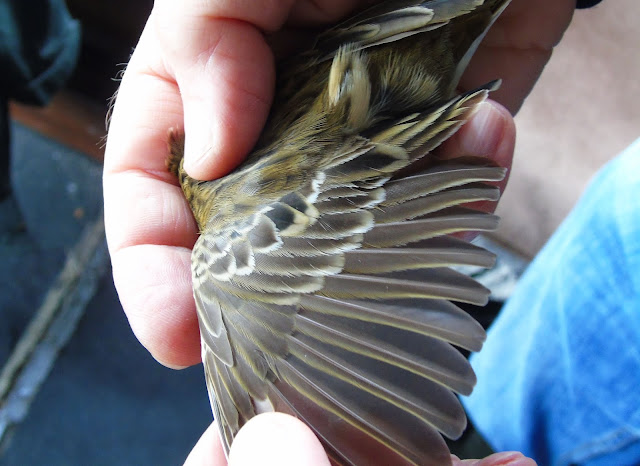 The first Swallow seen by obs members this year flew down the east side when the weather had improved a little.
Typical early spring birds arrived in the form of a Woodpigeon (flying south down the island) and a Merlin (which may have been attracted by the migrating Meadow Pipits as it followed them east), a Peregrine flew towards West Kirby.
The 3 Eiders (including a male) are still here, while 2 Common Scoters were logged, one of which stayed close to the island. 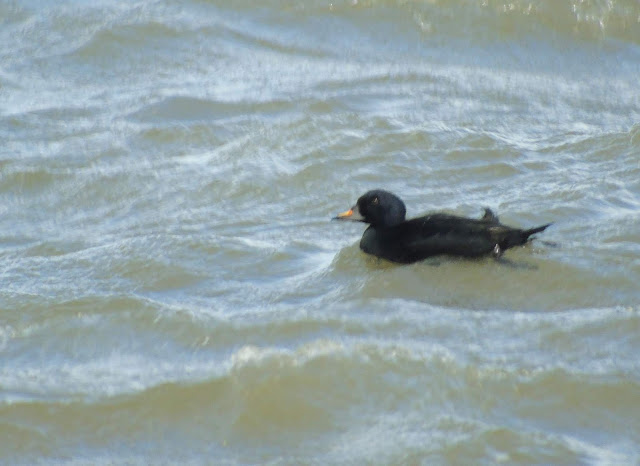 Twenty one Redshanks were in Niffy Bay and a Bar-tailed Godwit on the north shore.
Twelve Short-tailed Voles were seen, many more than have been recorded recently.