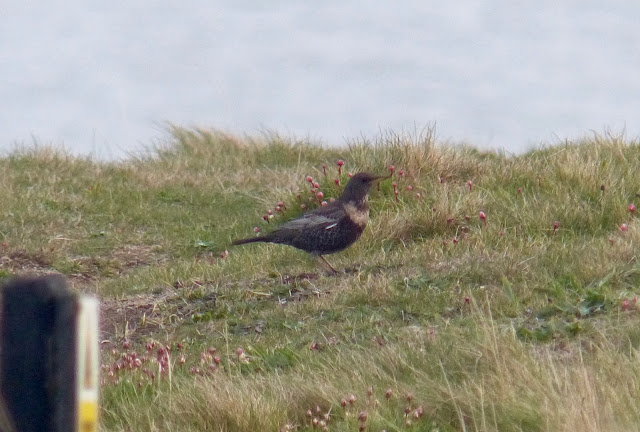 Simply a superb spring day on the island today started early with migrants arriving pre-dawn and continuing to arrive all morning and until the tide began to ebb.  The first ‘null’ trap round being 230pm! 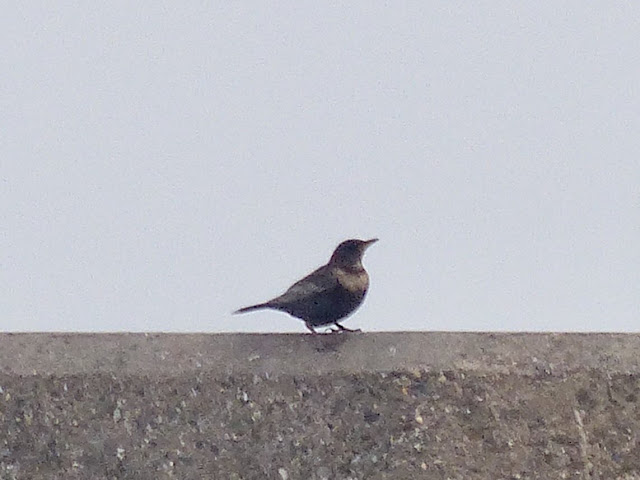 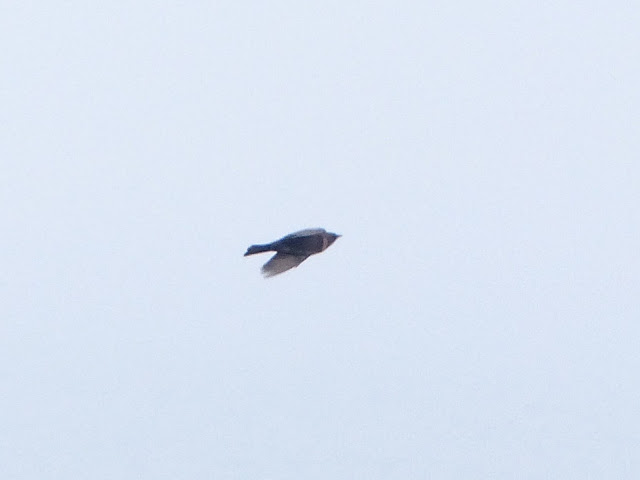 The highlight of the day was found at first light with a couple of brief sightings of our first Ring Ouzel of the Spring, a female, above and around Niffy Bay before it was eventually seen well and settled around the light at the North End.  It was later caught in the 'Heli' trap. 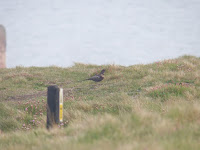 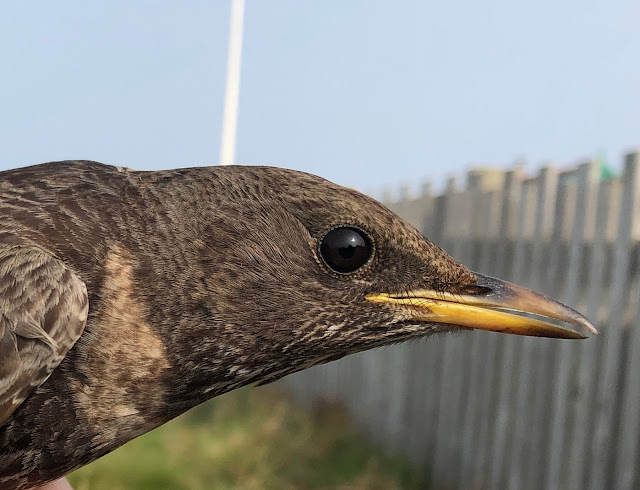 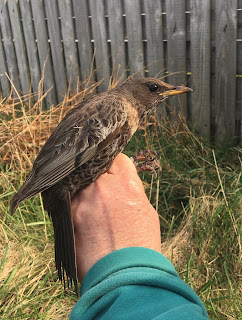 The majority of arrivals were of course Willow Warblers with an estimated 75+ arriving along with at least 6 Chiffchaff.  However, as well as quantity there was also quality in the form of an impressive 8 Blackcaps, a male Redstart and the first Grasshopper Warblers (2) and Sedge Warbler of the year all caught and ringed. 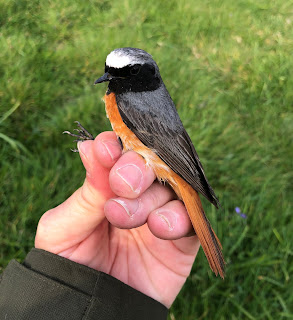 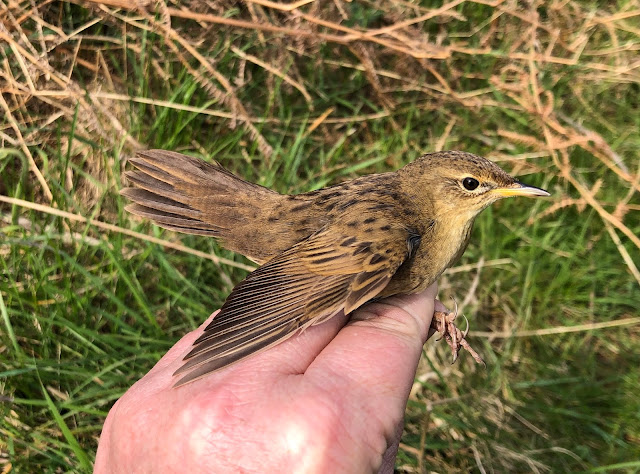 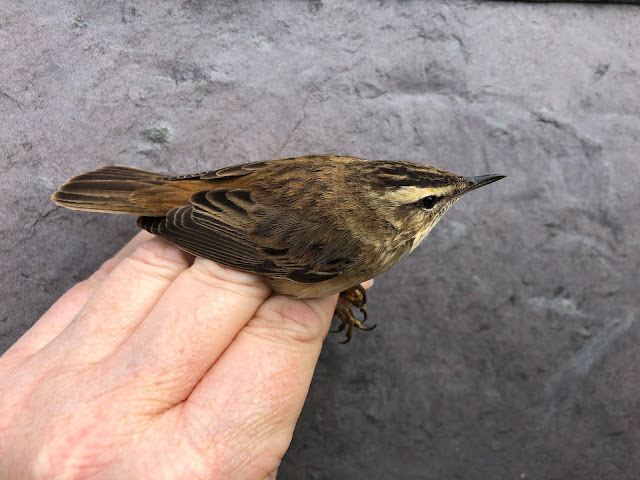 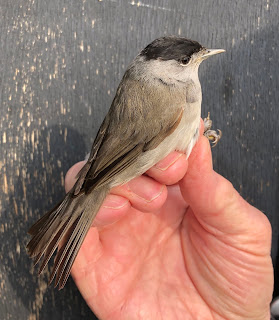 Grounded migrants were joined by another 15 Wheatears (mainly Greenland race) but also vis mig was impressive with 9 Tree and 170 Meadow Pipits, 5 flava Wagtails and 3 White Wagtails.

The first two Common Sandpipers were first heard and then seen around the island as the tide flooded. 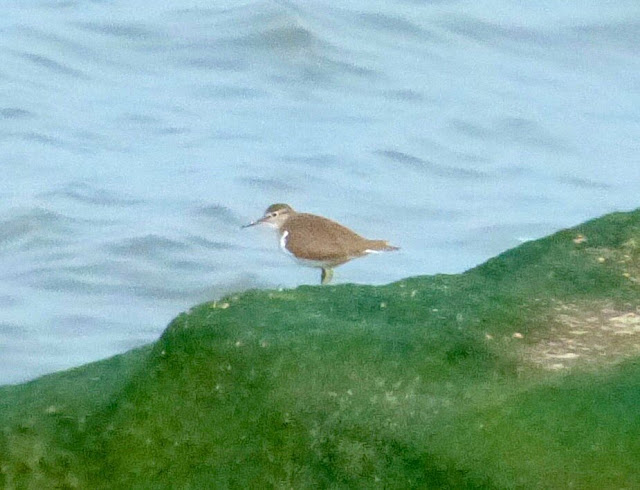 The icing on the cake on a lovely spring day was a Short-eared Owl that was flushed from the bracken in the 'usual place' near the Old Obs garden before it flew off towards the East Hoyle bank pursued by gulls. 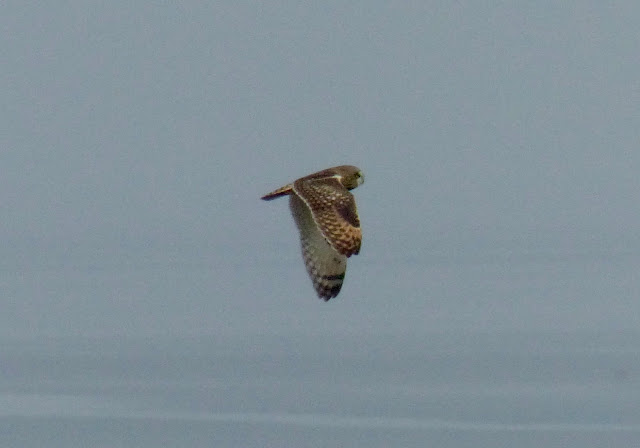 The old adage that you don't get two good fall days in a row was certainly disproved today and is making us dream of what tomorrow might bring... 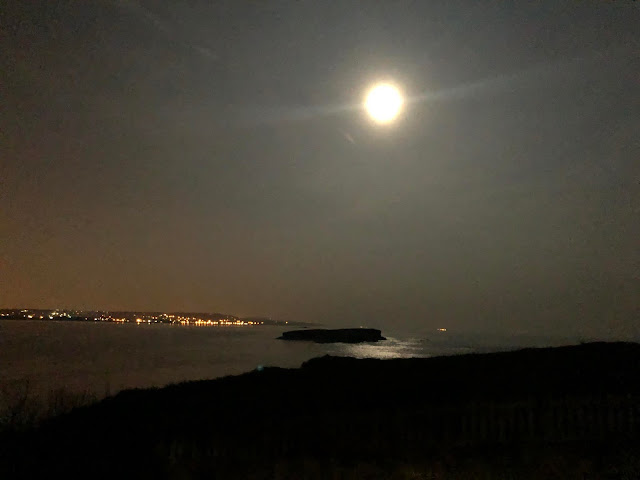