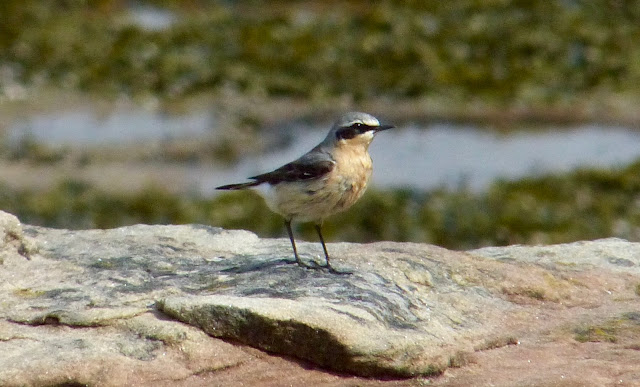 The wind was again in the east south east but with very little mist around the estuary visibility was much improved although a significant increase in cloud cover this morning (compared to the last week or so) meant that expectations were not lowered too much!

The early first round of the islands produced several White Wagtails, which totalled 26 for the day, but less Yellow Wagtails than in recent days with only 5 noted throughout the day.  Meanwhile, Wheatears were only present in small numbers with only five noted all probably of the Greenland race.

A single Willow Warbler was caught early on along with a new Linnet.

The first band of rain arrived just after 7am but by 830am bright skies followed and it proved to have dropped in several Willow Warblers and a female Redstart. 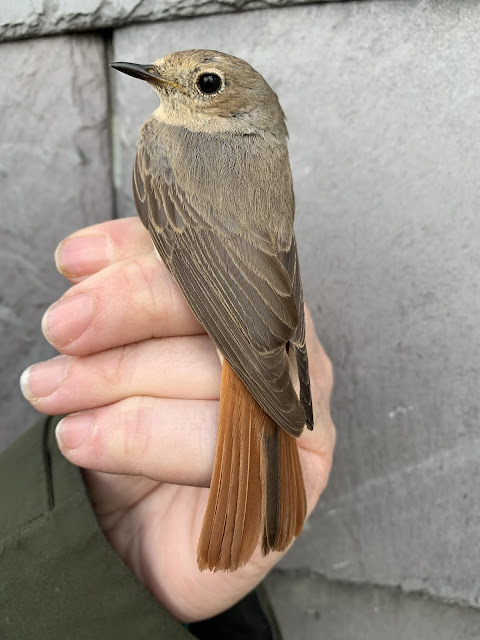 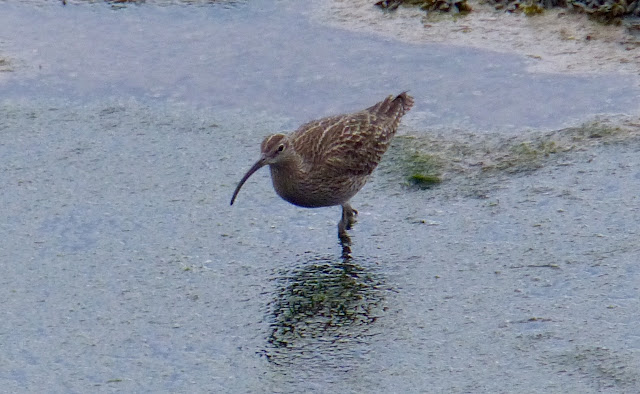 Whimbrel were present again in good numbers (12) mainly calling or down the west side, Dunlin have also started arriving in good numbers with small flocks amounting to 120 mostly in summer plumage unlike the 3 Sanderling on the tide edge. 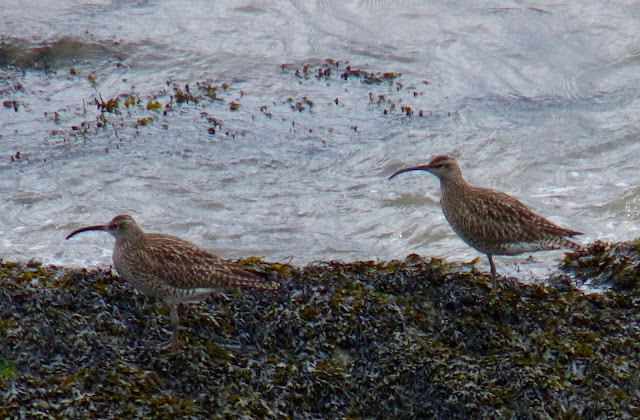 A Greylag flew past observers as they arrived on the island and at least 2 Jackdaw could be heard calling passing over the island too high to be seen.

A later band of rain dropped in a Whitethroat, a female Blackcap and then as the tide flooded at lunchtime a new male Redstart and male Blackcap arrived both of which were caught and ringed. 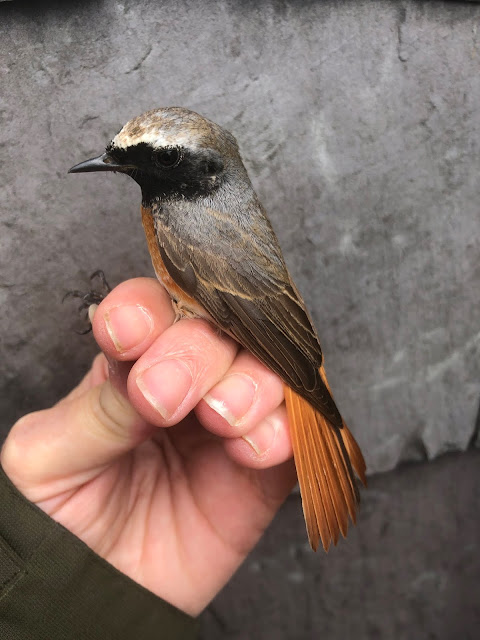 As the tide flooded tern numbers were obviously increasing and over the tide 325 Sandwich Terns were counted, along with 32 Common Terns and the first 2 Arctic Terns of the year and no doubt accompanying all these birds heading North the first Arctic Skua of the year was recorded from the Obs balcony. 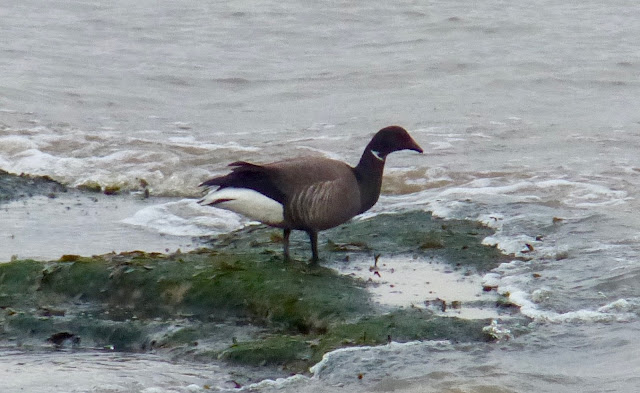 A nice roost of waders and the Dark-bellied Brent (earlier on the 'whaleback') were present on the North End of Middle over the tide were joined by a pair of Shelduck and a pair of Teal. 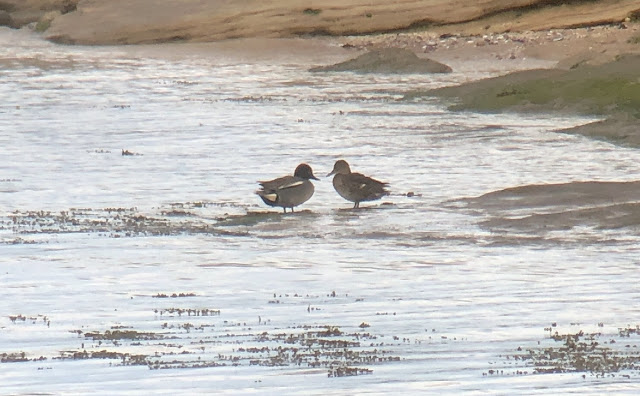 A Harbour Porpoise was present close in off the ‘whaleback’ early morning. 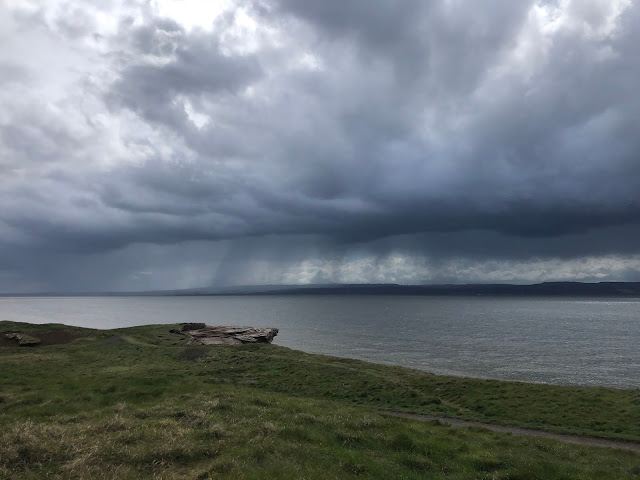