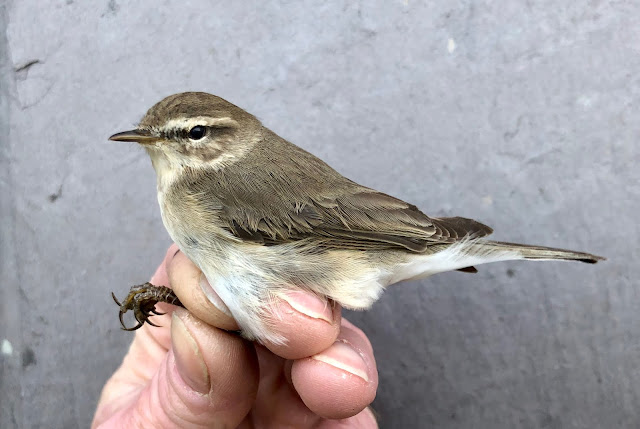 The day started promisingly with three Wheatears on Middle just before dawn and a couple of flava Wagtails over. There was clearly an early arrival of Willow Warblers and yet another Blackcap was caught and ringed and a female Redstart remained from yesterday.

Warbler numbers dropped off a little but mid morning saw another small arrival with a male Whitethroat and several more Willows caught despite the wind picking up. 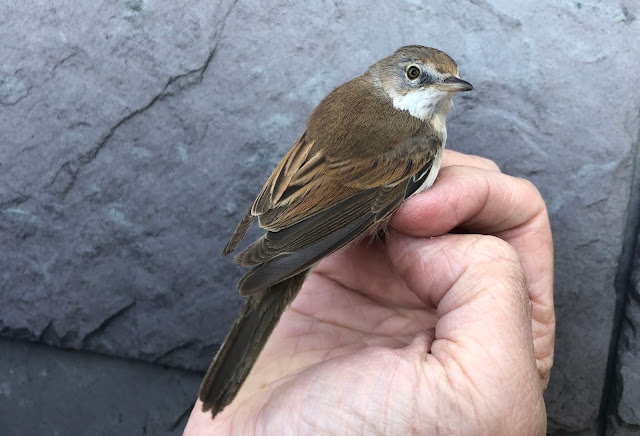 At least a couple of the Willow Warblers were Acredula type - lacking in any yellow/green tones and having long wing lengths. 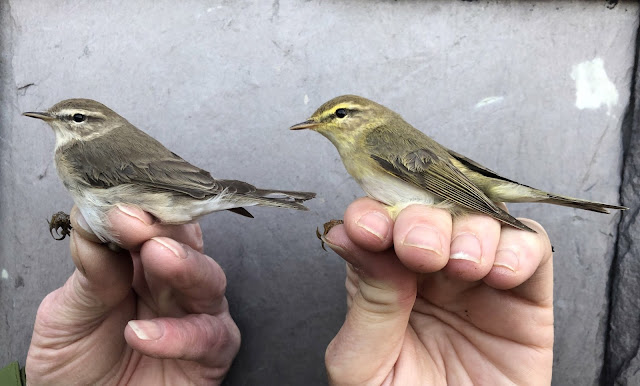 The single Dark-bellied Brent Goose reappeared down the west side early morning and several Whimbrel could be heard calling.

Wheatears continues to arrive with at least 11 noted during the morning mostly passing through quickly.

Two and then three Jackdaws appeared over the island before another pair later heading off south.

Flava Wagtails continued to pass through in good numbers with at least 12 seen and/or heard today (our best spring for a while for this species and it’s still only April!) and at least 5 Tree Pipits.

Three more Blackcaps were caught and ringed today making this the best spring for many years for this species already.

Late morning as the tide flooded a single Chiffchaff arrived but warbler numbers had dropped off significantly.

A Merlin shot through heading south and may have been the bird seen a couple of times recently and responsible for a couple of ‘kills’ found around the island including a Blackcap at the North End; a reminder of one of the dangers of migration for small passerines.