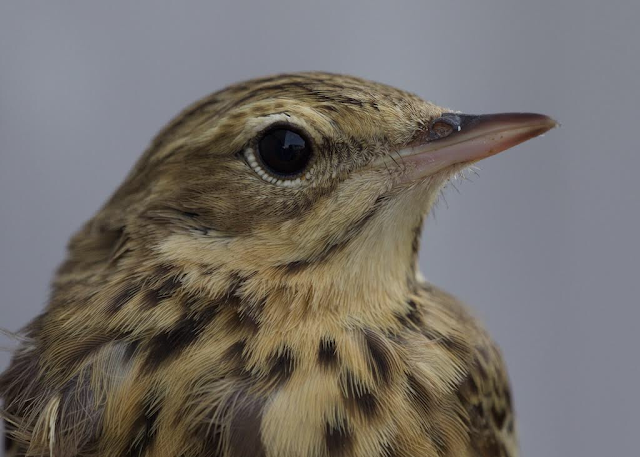 Pink-footed Geese moved out of the estuary early morning in very small flocks, amounting to only 108 birds, and may be the last of the spring heading north to Iceland.


Flava Wagtails (13) passed over as did Tree Pipit (6) including one caught and ringed. 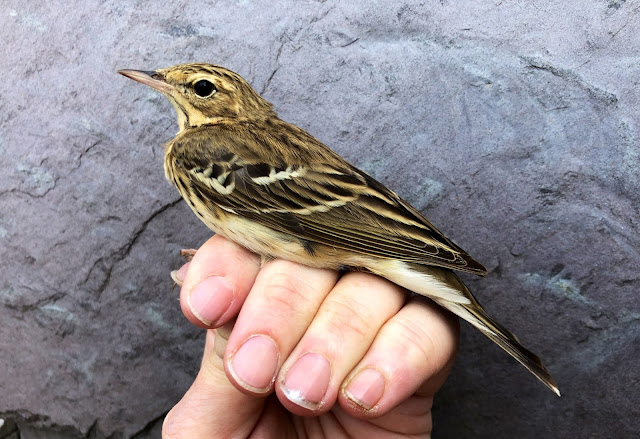 Small numbers of finches including 17 Redpoll and 6 Siskin passed overhead.

8 Greenland Wheatear arrived mainly down the west side as usual but they somehow evaded the ringers’ potter traps.

23 Willow Warblers and a male Whitethroat were grounded, the latter being the first to be ringed this year and a female Blackcap was also caught. 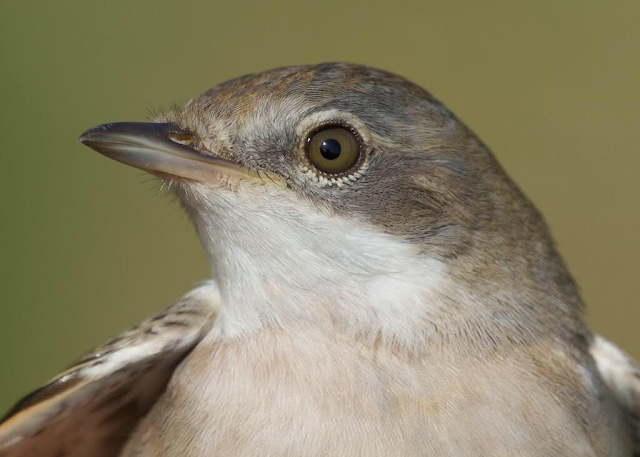 A Common Sandpiper was heard only somewhere around the southern end of the island as the tide flooded and single Merlin and Woodpigeon were noted.

A single Rock Pipit was noted at the North End and was the first to be recorded for a couple of weeks.

What was the thought to be the highlight of the day was an Osprey (our second of the spring) seen flying way south of Middle Eye before circling for 10-15minutes above the mainland in the soaring temperature, at one point being mobbed by a mainland Sparrowhawk.

However, the scarcest sighting of the day was a beautiful male Brimstone butterfly found in the Obs garden which flew off south.  Only the sixth record for the Obs all previous five records being since 2005.  Other butterflies noted were Small Tortoiseshell (6) Small White (6) Peacock (2). 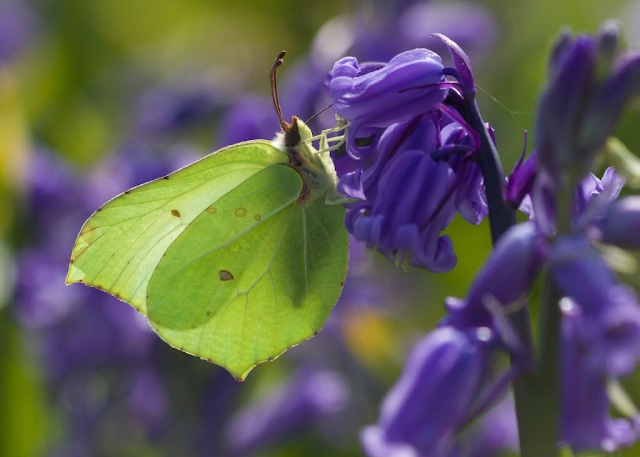