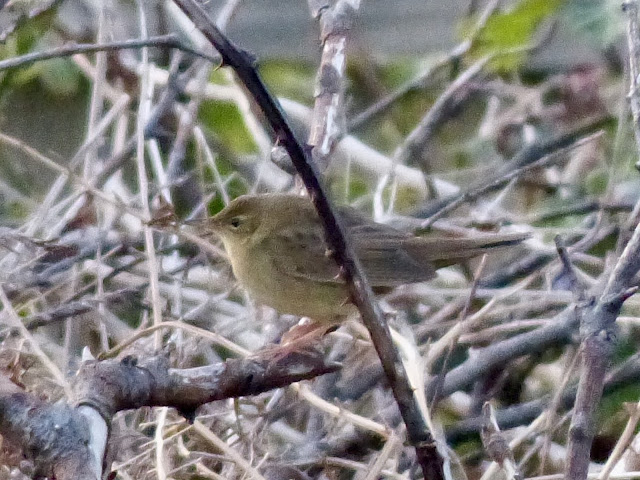 Observers staying over and arriving early on the island were greeted by the lovely spring sound of a ‘reeling’ Grasshopper Warbler pre-dawn at the South End then in the Obs garden.  A second bird was later found on Middle Eye.
However, it proved to be a false dawn as only 8 Willow Warblers arrived this morning.  However, it was a day for quality rather than quantity.

A Whinchat was spotted briefly on Middle from the Obs balcony and it later moved briefly to the main island - our first of the spring. 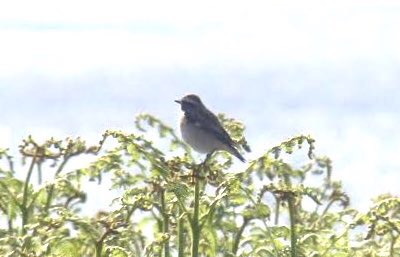 A Redstart appeared in the traps and was the first female of the year and a single Little Ringed Plover was heard calling and heading east towards Red Rocks; our second record of the Spring of this scarce Hilbre species. 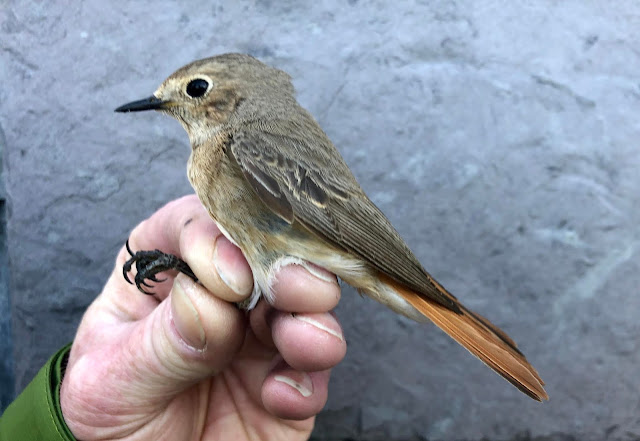 Hirundines are passing through in small numbers each day but the local Swallows have also arrived and are seen from early in the day. 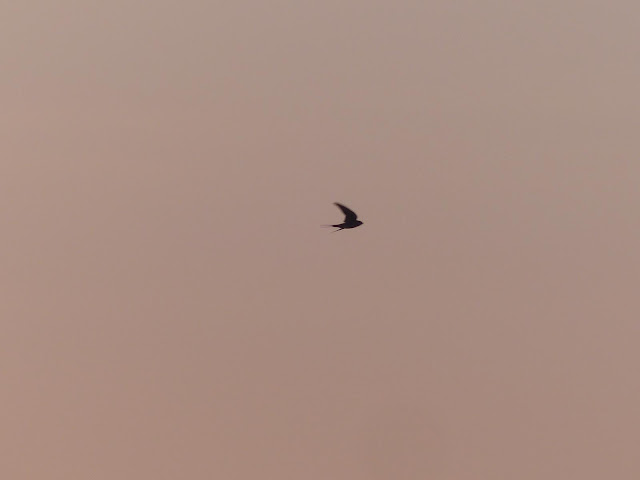 The highlight of the day however was probably the numbers of flava Wagtails passing over and occasionally dropping in with at least 23 counted.  It is surely our best spring for this species for many years already with 9 days of April left!  White Wagtails were also present including birds 'down' on Wheatear hill and at the North End. 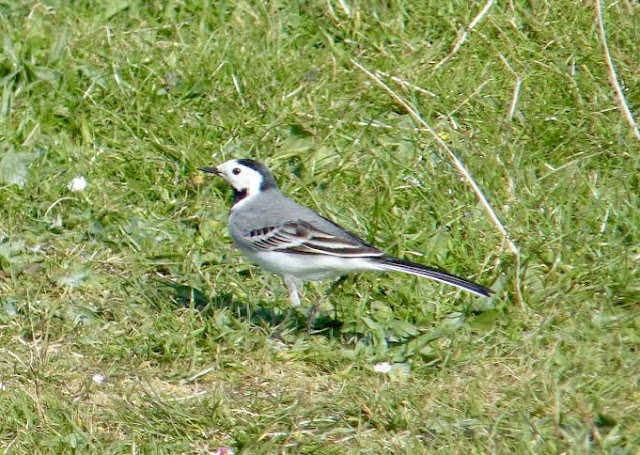 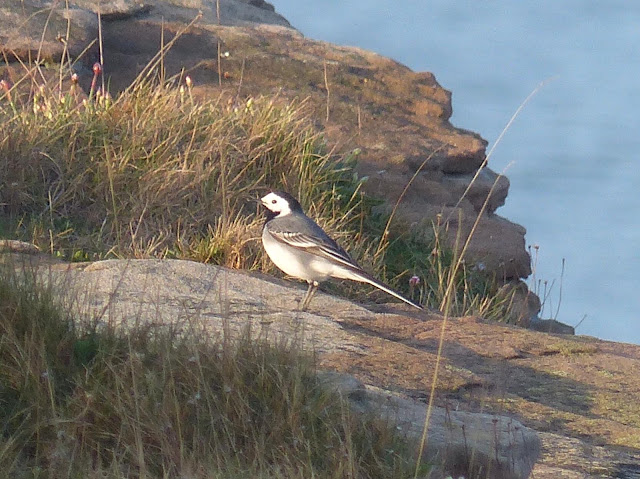 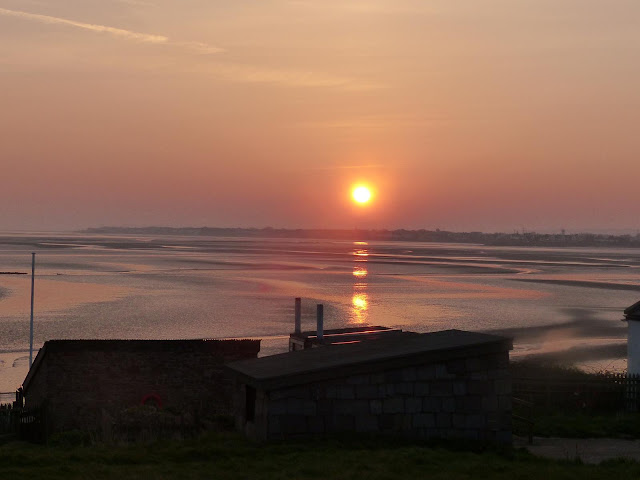 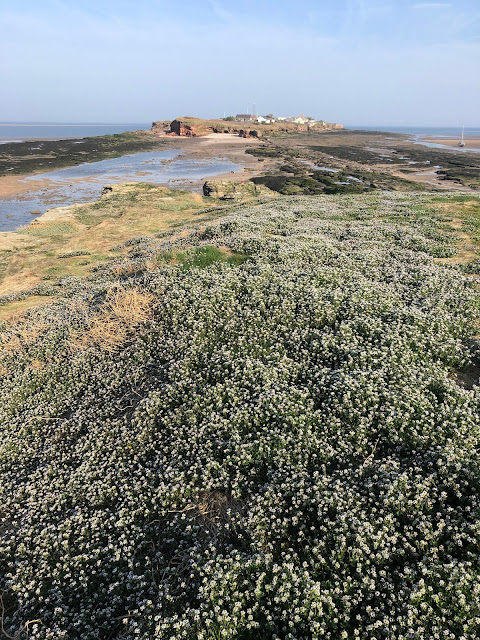 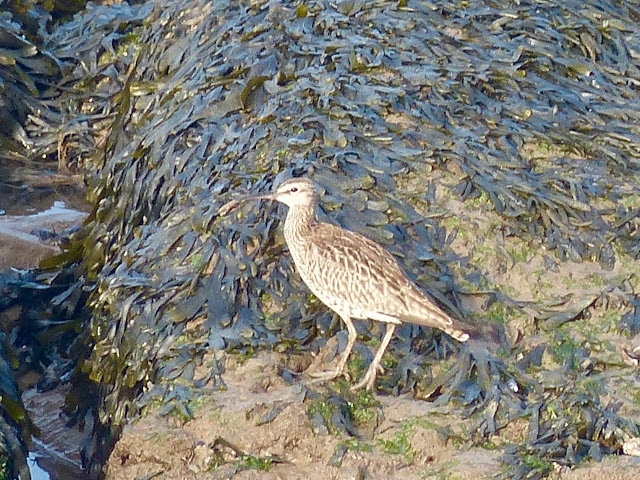