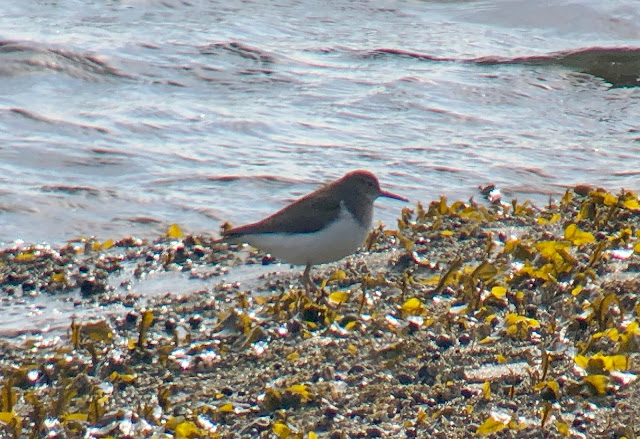 The started with the sound of a Chiffchaff singing in the paddocks and gardens.  It was later caught and ringed along with a few Willow Warblers which trickled in over the tide.

The control male Blackcap was still present as were three Eider (two males and a female) and the Dark-bellied Brent Goose. 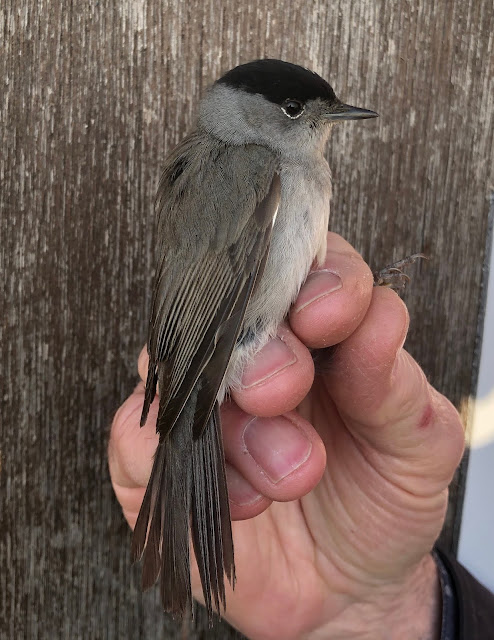 The sea was quite good with good numbers of Common Tern (150+), along with 65 Sandwich and 8 Arctic Terns.  Gannets were present but mainly well out but closer was the first Manx Shearwater of the year which flew west past the North End seen from the light. Three Kittiwakes were also noted including a moribund individual on the rocks at the North End.

A Golden Plover could be heard calling but could not be seen unlike a calling Common Sandpiper which immediately gave itself up on the tide edge below ‘Shorelark Shelf’ at the North End. 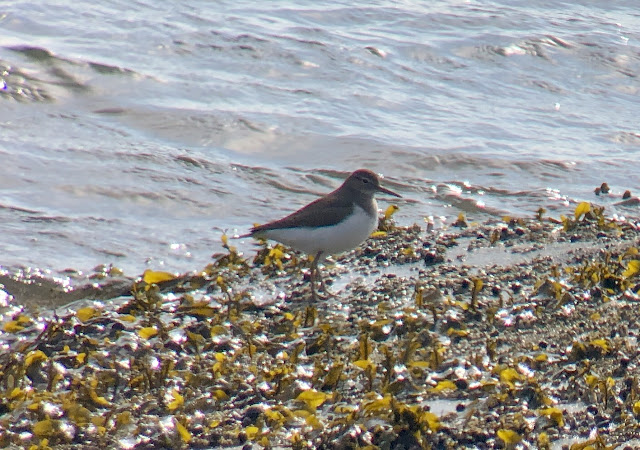 A pair of House Sparrows landed a couple of times on the grass north of the light but eventually headed off south bypassing the gardens.

A single flava Wagtail flew over calling but there were more White Wagtails with 6 noted.

Several finches passed over with some dropping in including two Goldfinches caught but three Lesser Redpoll moved through uncaught.

Butterflies appeared as the day warmed up with two Orange-tips, Red Admiral, Small Tortoiseshell and Green-veined White all recorded.