Weather: E force 1/2  misty around the estuary
Soon after dawn and up to mid-morning several flocks of Pink-footed Geese flew out the estuary, totalling 269 birds, obviously finding the conditions right for travelling north. 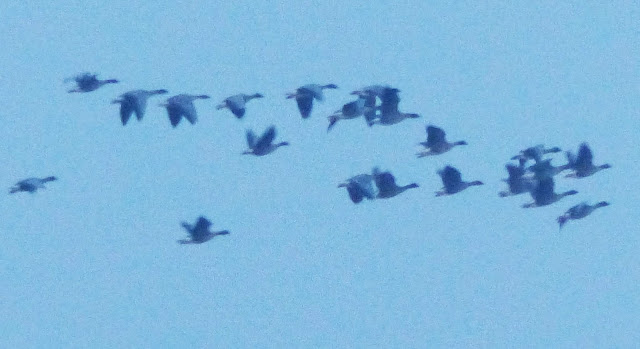 Three Canada Geese flew west between the islands and 2 (of the same 3?) floated off the west side later. 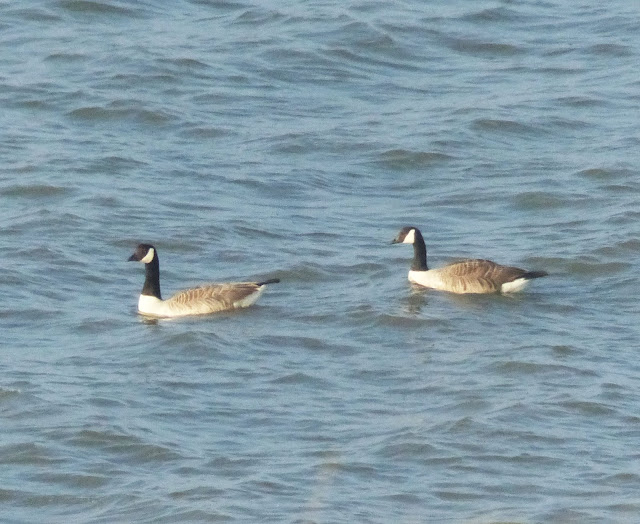 Soon after arrival at the obs members heard the plaintive song of a Willow Warbler down the east side, the first this year. It did not stay to be ringed but a couple of Chiffchaffs did. Two Jackdaws flew high to the south, while a good number of Carrion Crows were present this morning. A stonking male Wheatear appeared mid-morning along the west side, the only one to arrive this morning. Two Sand Martins and a Siskin flew south over the obs as observers were leaving just before the tide. other visible migration was limited, mostly consisting of over 100 Meadow Pipits and 12 Goldfinches. 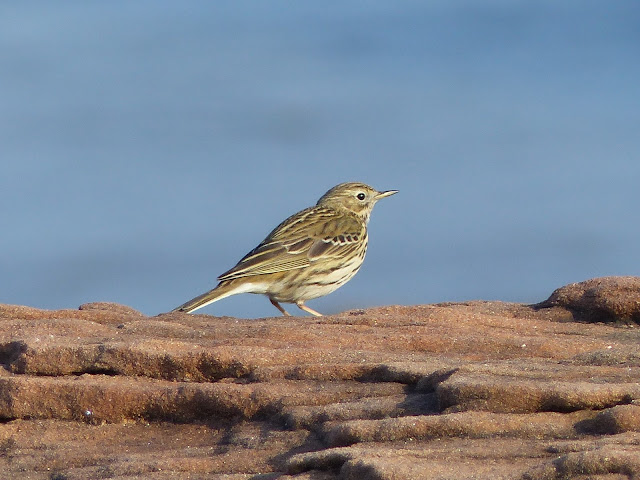 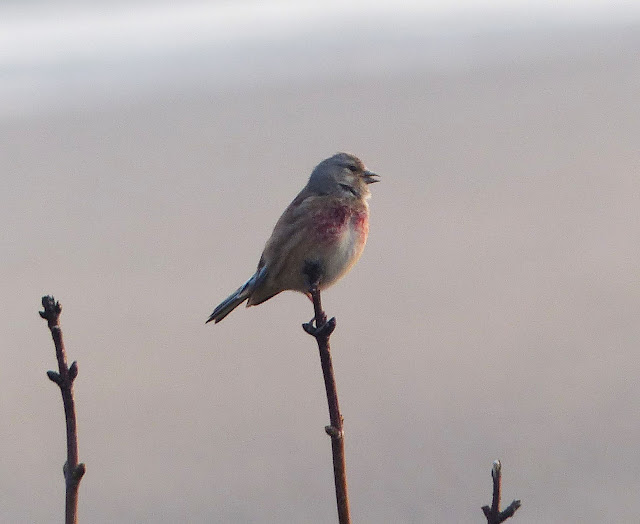 Only 38 Brent could be found before the tide, while 10 Shelduck flew east and a pair of Mallard showed briefly. The 3 Eiders (1 male) were joined by another male for a short time. On the sea the best were 2 Red-throated Divers and 6 Great Crested Grebes.
Waders are in very low numbers at the moment, more will pass through on spring passage a little later.
Ringed: 2 Chiffchaffs, 2 Linnets, 1 Meadow Pipit.       [ 56-9 ]
photos CJ&AS
Posted by Colin Jones at 15:05