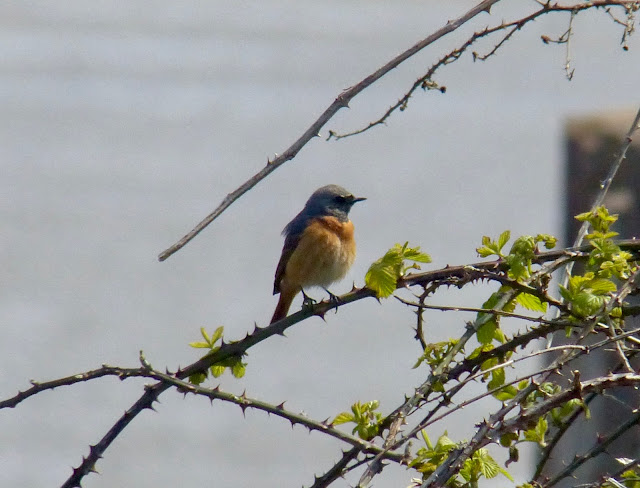 A lovely spring morning dawned with much hope and the sole observer was not disappointed.

Several Redwing and a single late Song Thrush flew about the island just after dawn but an early trap round revealed just a single Willow Warbler and was not an indicator of what followed.

From 7am onwards a steady arrival of warblers with at least 40 Willow Warblers counted throughout the day and 3 Chiffchaff.

A stunning male Redstart was caught in the SK trap and another unringed bird appeared later with both birds remaining throughout the day enjoying the sunshine and insects from varying fence posts and vantage points. 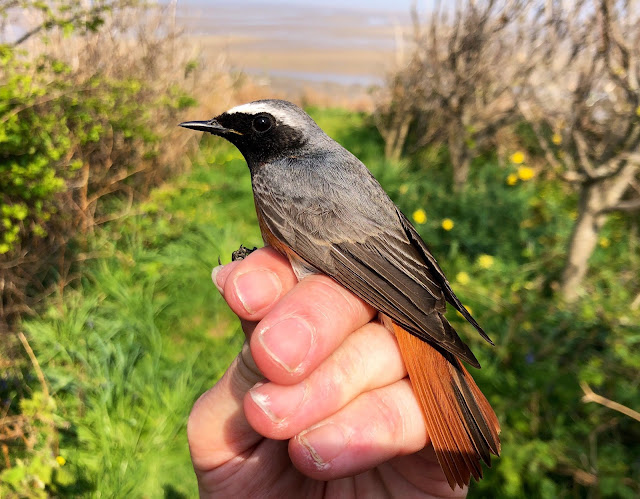 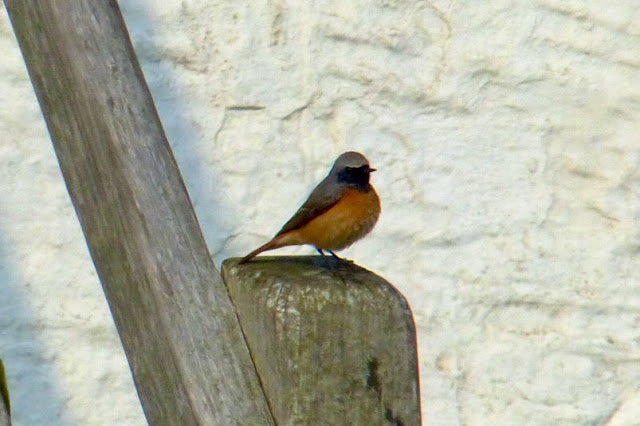 The nasal sound of a Brambling eminated from Telegraph House garden before moving to ‘Subalp hedge’ where it gave great views. 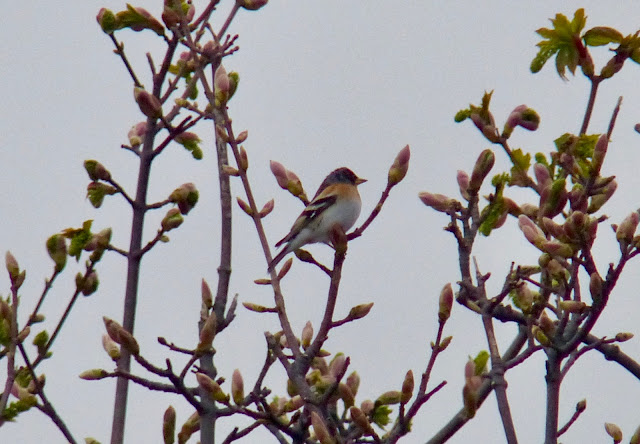 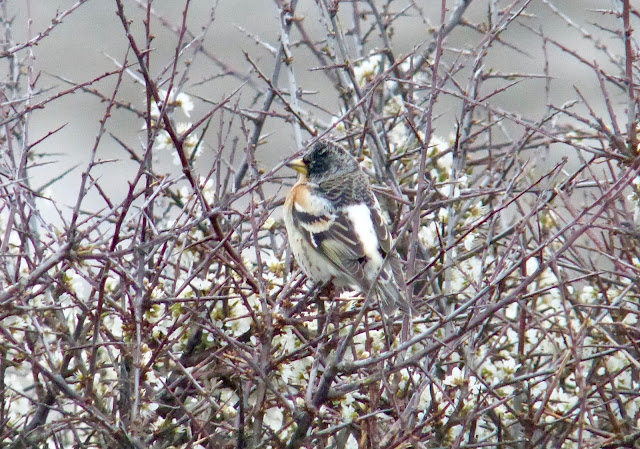 Three flava Wagtails flew over calling as did a couple of Tree Pipits and several alba Wagtails some of which dropped in revealing themselves as White Wagtails.

15 Wheatear dropped in during the morning and a male and female Blackcap were caught and ringed but the first Whitethroat of the Spring was more elusive. 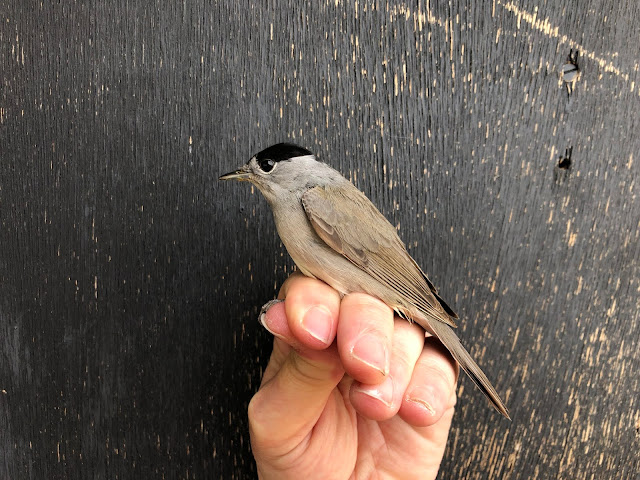 Meanwhile, 93 Swallow and 15 Sand Martin passed over as did 2 Siskin.

Several flocks of Pink-footed Geese could be seen and heard leaving the estuary during the morning and counted to be 1,270 heading north on a fairly broad front.  Other wildfowl included 8 Wigeon, 7 Teal and 6 Pintail as well as 5 Canada Geese and the pair of Eider.

There was little time (or visibility!) for seawatching but 65 Sandwich, 6 Common and the first three Little Terns of the year were noted. 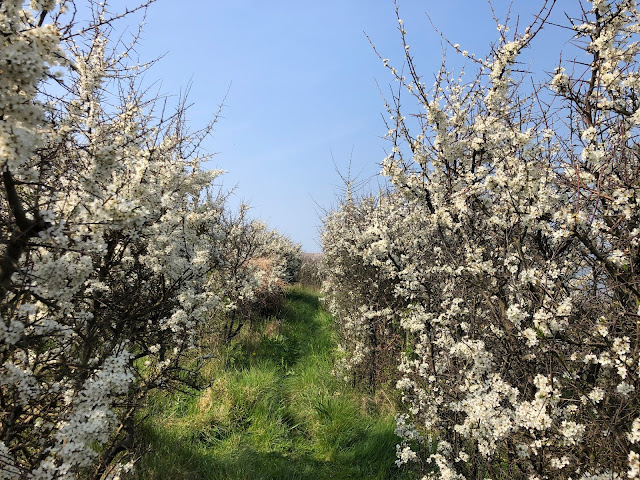 The blackthorn is in lovely blossom at the moment and is attracting many insects and migrant birds ... we're hoping that these light east-south-east winds continue so we can take advantage of the drift migration that brings falls of birds to Hilbre during spring.