A cold and blustery Hilbre greeted observers as they ventured over whilst it was still dark. Unsurprisingly given the brisk NNW wind there were no migrant passerines around. However, the first Sandwich Terns of the year were recorded with a flock of 4 being seen and later a single bird being added to the day sheet.

A count of 157 Brent Geese included at least two dark/bellied, an adult and a juvenile. A noticeable feature of the day was the small passage of Gannets with the first being seen at first light when a group of 4 glided down the east side on the rising tide. Common Scoter numbers are greatly diminished with only 5 birds being recorded together in a small party that appeared on the sea at the north end. The eiders continue to remain with 4 birds - 2 females & 2 males being recorded. 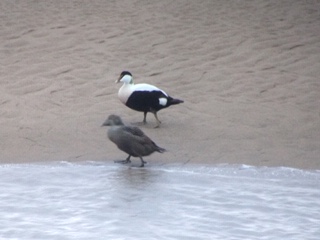 It was good to see the Short-tailed Field Vole population doing well and at least 4 nests with young were seen along with several adults. 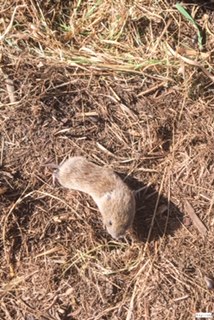