A brief visit late morning between squalls to check on the Obs building was unusually productive.

First three Common Terns greeted observers arriving as they roosted on the rocks near the Landrover track (photo by Matt Thomas) out of the wind along with five Sandwich Terns. 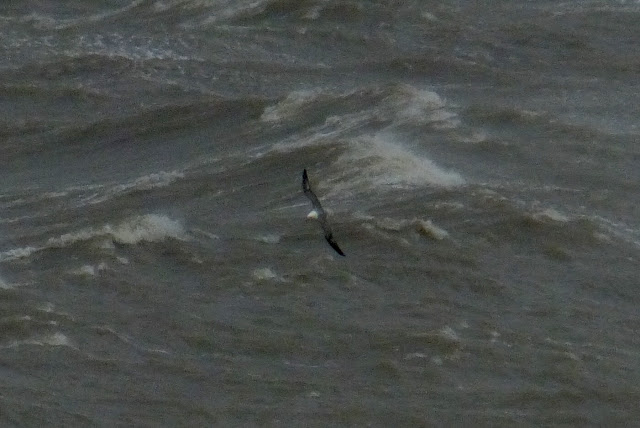 A Fulmar battled its way past the Old Obs garden and surprisingly a male Blackcap appeared in the heli garden and was found to be a control British ringed bird.  We look forward to finding out where it was ringed. 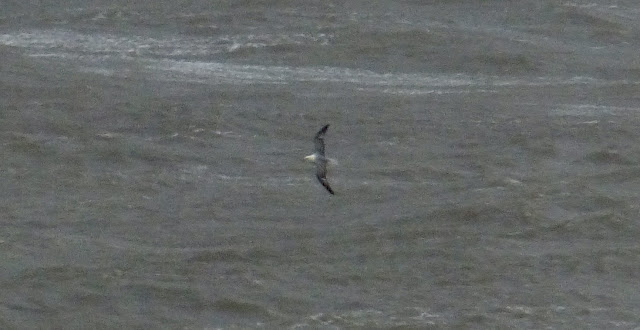