Weather: SE force 3, cold with wind chill, clear and sunny, slight mist around the coast.
Similar weather again this morning, bringing similar birds on the island, but fewer of them.
Pinkfeet were moving again but less than a hundred in total, 6 Woodpigeons, a single Jackdaw and a couple of Canada Geese arrived, the latter flying by the seals on the west hoyle. 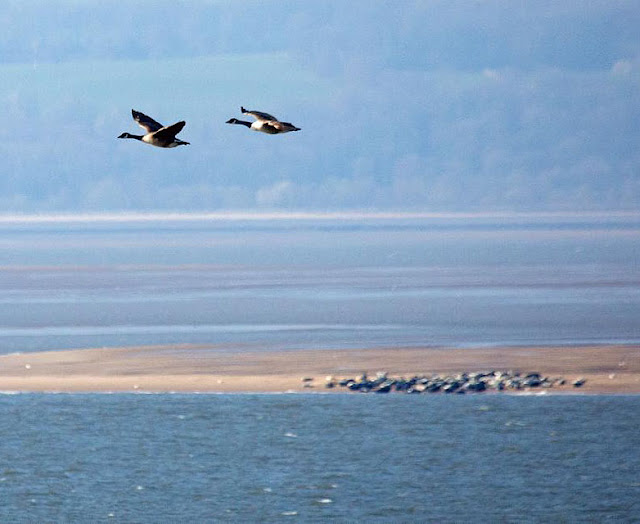 There were 5 Eiders today including 3 males.
No sign this morning of the Short-eared Owl that was here until dusk last night. Only 2 Chiffchaffs and 3 Willow Warblers were in the gardens and paddocks, while quite a few Goldfinches, some Meadow PIpits and a small number of Swallows and 8 White Wagtails passed through and the first House Martin of the year. Four Siskins and 2 Redpolls called over the island and 8 White Wagtails were recorded today. 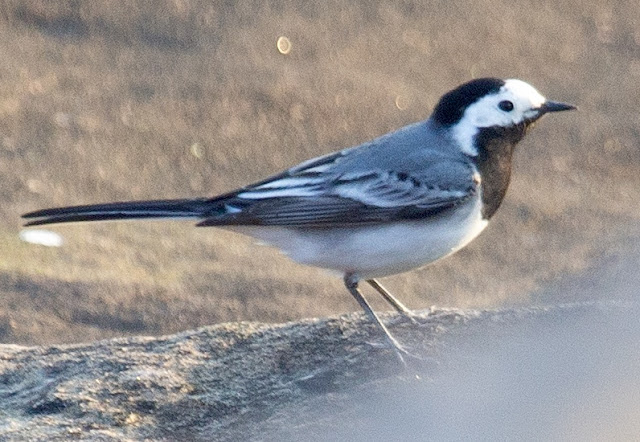 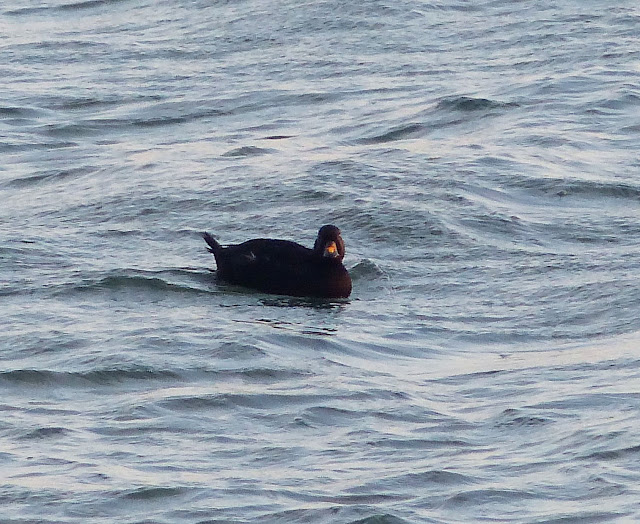 Very few waders about, Oystercatchers are the most numerous. 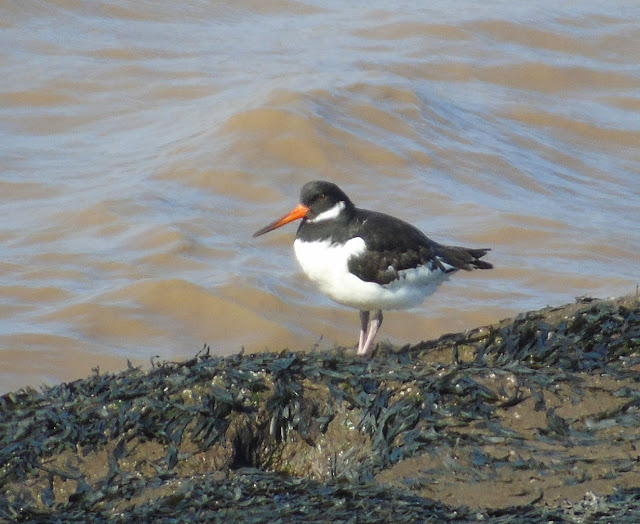 A Peacock was among the few butterflies out in the sun. 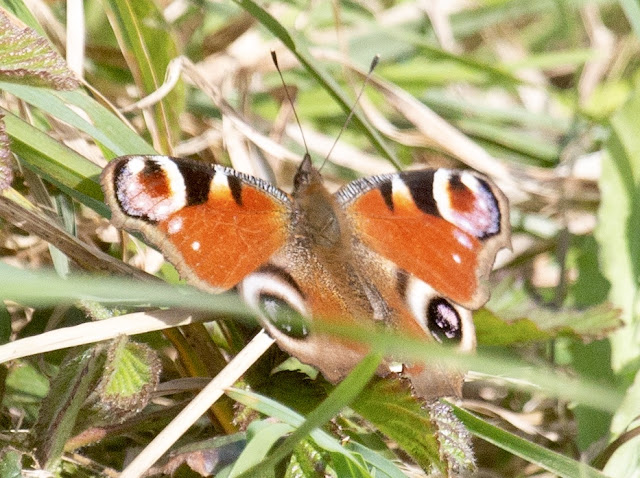