What a fantastic day !
The Great Northern Diver showed closely off the whaleback and the Eider stood out on the rocks for a time. The Brent were counted at 95, Purple Sandpipers had increased to 14, and 3 Teal, a Wigeon and a Little Egret were also present. 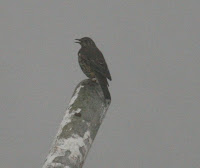 There were still thrushes about this morning including several flocks of Fieldfares numbering 25 for the day and 9 Redwings, some Song Thrushes, Blackbirds and a couple of Mistle Thrushes (left) which are quite scarce visitors to Hilbre. Starlings arrived in small parties totaling 110 but finches were only in single figures.

A Collared Dove flew around the island all morning as though it was confused by the thick mist and then a Woodcock was disturbed from the old obs garden and was later refound in the bracken at the south end. The ringers were astonished to receive a second visitation this week from a flock of Long-tailed Tits making a excursion off the mainland.

At about 10.00hrs the noise of crows mobbing a raptor heralded the arrival of a Rough-legged Buzzard from the south !! It flew with its entourage low up the island to the north end and landed on ' buzzard hill' ( that's what we are calling it now anyway) and then back to the south, landing in the new pond garden next to the observatory ( DB is claiming it on his pond list along with Bluethroat!) and then away off towards middle and lost in the mist. News then came that the Rough-legged Buzzard had been seen ( by an obs member) around the dunes on the West Kirby shore and a few lucky enough to get there before dusk saw it resting in trees behind the golf course and hovering over the dunes. 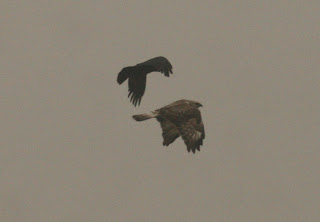 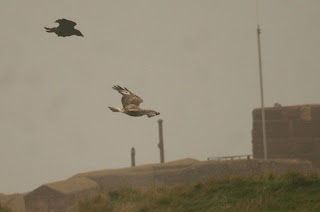 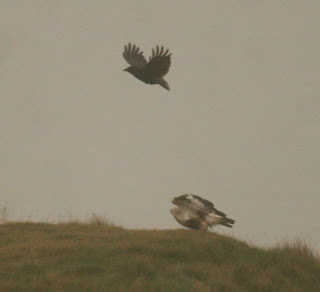 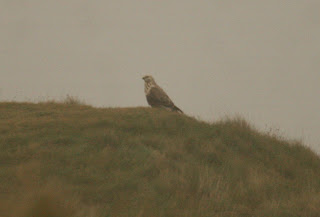 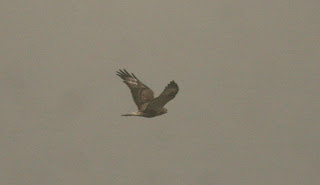 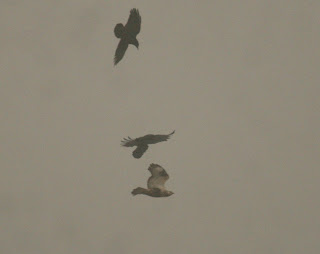 Members walking off the island in the afternoon
found a Snow Bunting on the west path on top of at Middle. The excitement continued right to the end ! 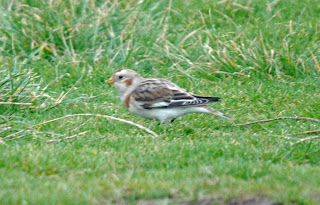 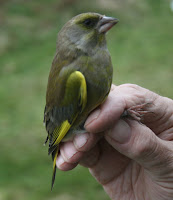