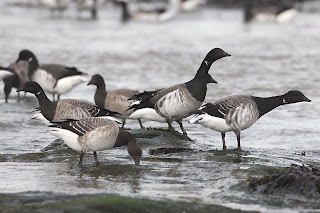 In a strong northwesterly early in the day counts were made of 2,500 Oystercatchers, 340 Shelduck and 270 Curlew and 350 Cormorants flying out to sea. Seven Wigeon were present and 40 Bar-tailed Godwits flew down the west side, while the Brent (right) were in similar numbers to recently (130 pale and 2 dark). later in the morning a heavy hail shower scattered the shorebirds south making the attempted Webs low tide bird count unrepresentative. On the sea the regular Eider and a single Shag were the only birds of note. 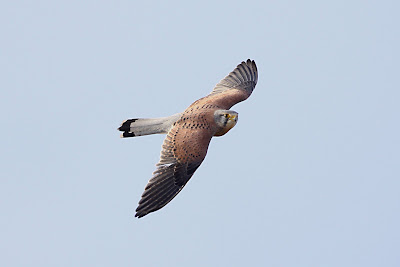 Three species of raptor seen today (Kestrel (male left), Merlin, Peregrine).
Birds that may be considering wintering on the island were 3 Song Thrushes, a Blackbird and a Dunnock. 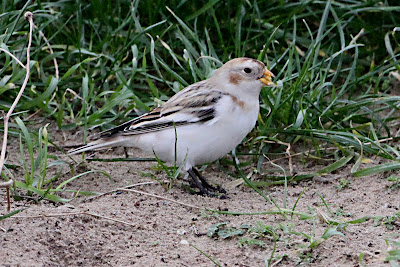 Little Eye was revisited today by a male Snow Bunting (left), maybe this one will stay the winter.


(BSB,DB) Thanks to BSB for excellent photos.
Posted by Colin at 16:09