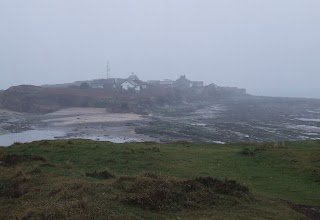 Plenty of fog around first thing but it gradually cleared enabling a look about the island, but there was no sign of the 4 Snow Buntings or the Corn Bunting (a true Hilbre rarity) that was feeding at the north end and seen by a regular visiting birder yesterday. Brent were counted at the 150 mark or thereabouts and the Velvet Scoter was later reported as still present. 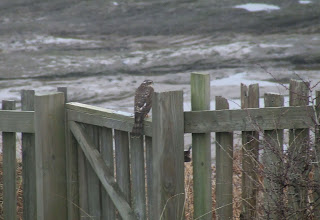 Highlight of the morning was when a Sparrowhawk landed on the lower obs gate for a short while (left and below left). 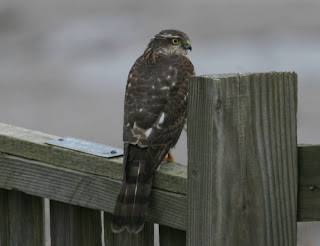 Still 5 Blackbirds and 3 Song Thrushes wintering on the island, and two other long stayers in the

shape of a Robin and a Dunnock (right) were retrapped and found to have put on considerable weight in the few months since first being ringed.
(JE,SRW,TGW) photos JE & SRW (Sprawk left)
Posted by Colin at 11:37