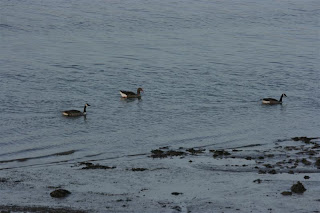 A beautiful sunny day but no phylloscopus warblers arrived in the north westerly airflow although there were a few Wheatears still moving. The only large warblers were a couple of Sedge Warblers, one or both of which could have been the birds present from yesterday and a Whitethroat which avoided capture.

Two Canada Geese (below) and a Greylag (left) were seen again and this time alighted just below the Obs by the gutter. 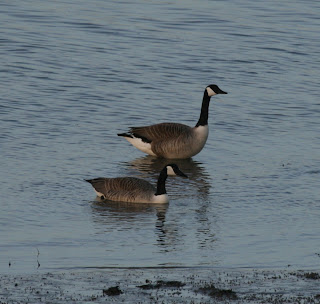 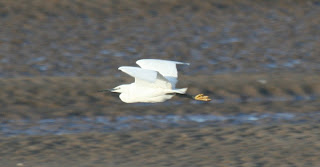 Two Little Egrets were feeding in the gutter after the late afternoon tide (above left).