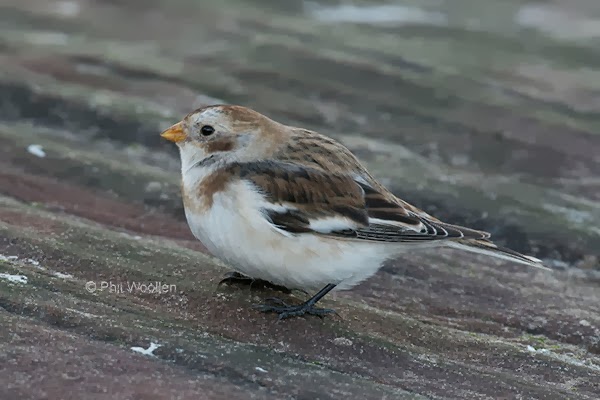 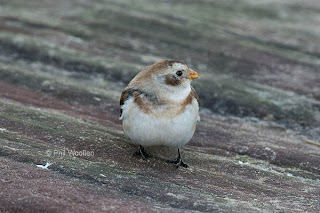 A quick visit to the island before the tide to check on any storm damage thankfully revealed the island & Obs had survived virtually intact. The Brent Geese flock totalled 173 birds including one Dark-bellied Brent. Both recent colour ringed birds were still present as was the obligingly photogenic Snow Bunting. The only other passerines seen were the resident Dunnocks, Robins, Wrens & Blackbirds. Despite the recent false there were no rare alcids - not even a common guillemot! However, two Great-crested Grebes & a Red-throated Diver were recorded.
(PSW)   photos PSW
Posted by Colin at 17:58