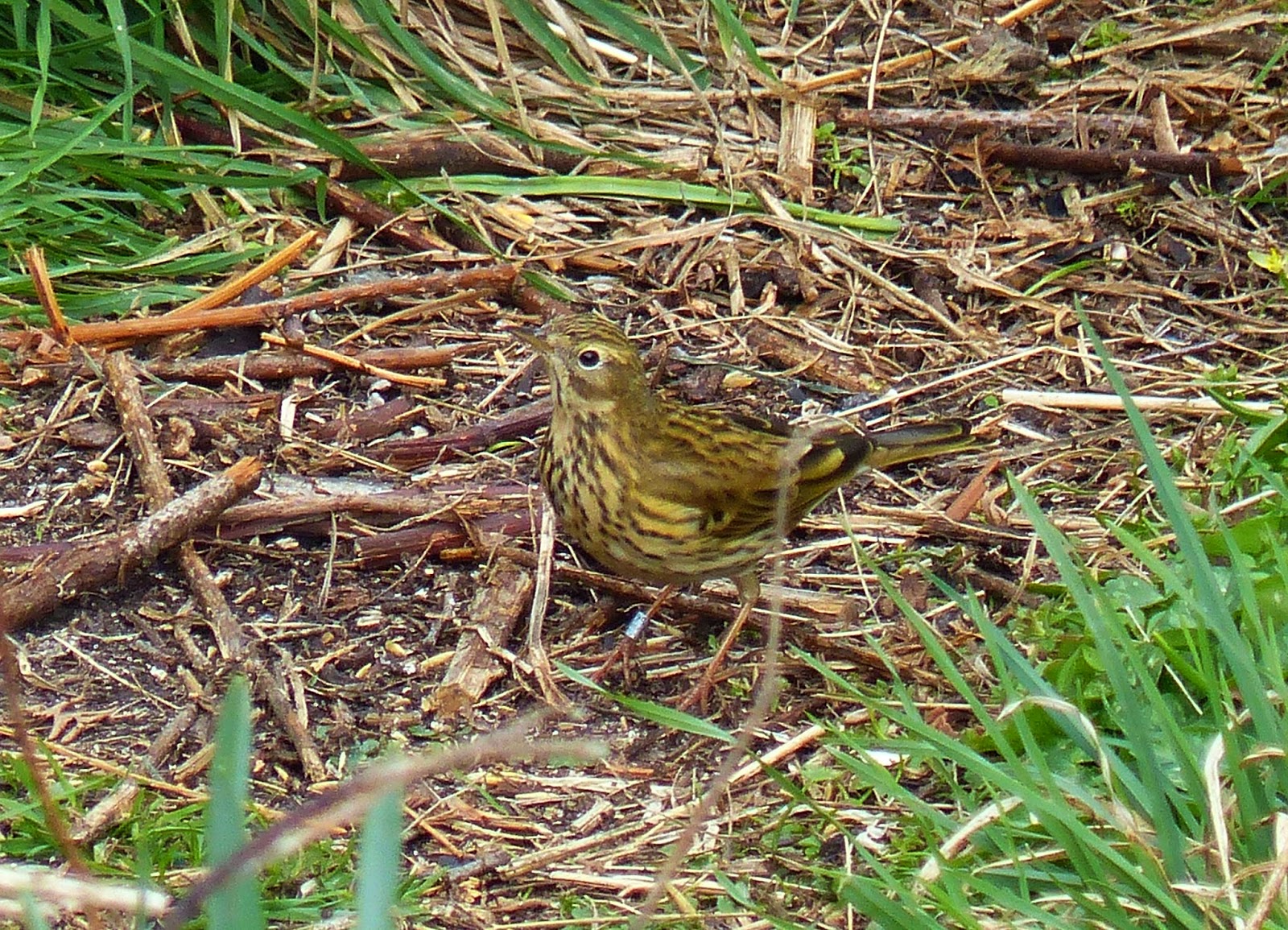 A cold easterly early morning brought 3 Wheatears to the island, but no warblers today, just a Reed Bunting, and singles of Chaffinch, Goldfinch, Lesser Redpoll, Pied Wagtail and Starling. Meadow Pipits did not feature as a passage today, just local birds were present that may breed on the island (right). Later in the morning a Raven and a Magpie were seen. The Hilbre 'mega' the Pheasant was still present, while the even less truly wild escaped Red-tailed Hawk that has been about West Kirby since last year made an appearance over the marine lake car park. Spring movements of Knot were noted with 12,000 streaming out of the estuary over Black Horse Hill, and a further 8,000 moving north along the coast. Also in large numbers were 20,000 Common Scoter which were again disturbed from the sea by a fast moving vessel.
(DB,AEH,PSW, et al)     photos  AEH
Posted by Colin at 15:03