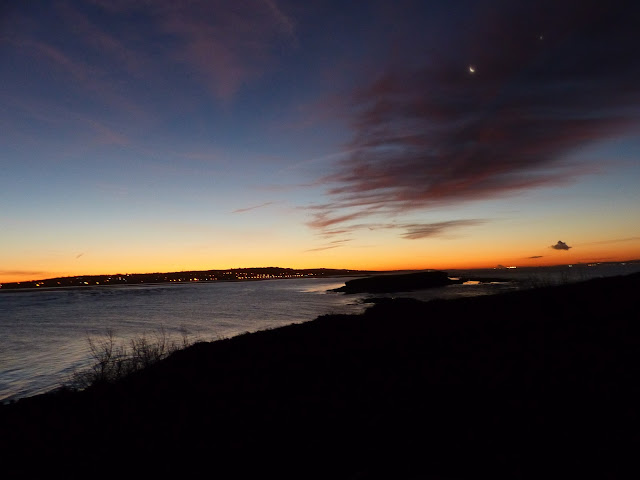 Calmer and drier this morning with a surprise of a late Goldcrest in the paddocks, also a Woodpigeon, both usually only seen at Hilbre at times of passage. Three Skylarks went through mid-morning and another was down on Middle at midday. Probable wintering birds today included 3 Song Thrushes, 5 Wrens, 2 Robins, 2 Dunnocks and 2 Rock Pipits. A seal was hauled out on the rocks by shell beach and later near the north end. 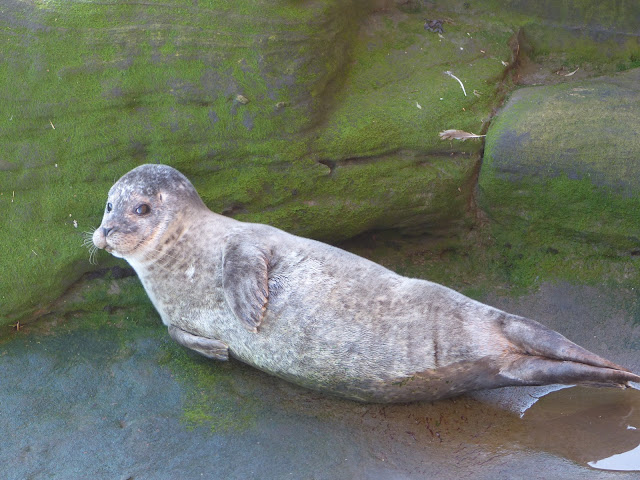 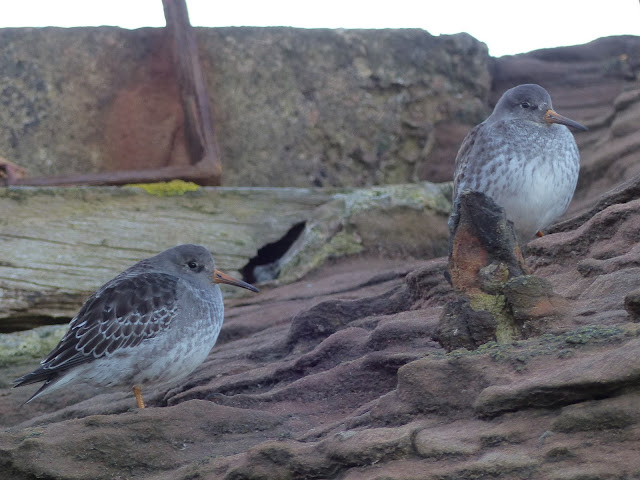 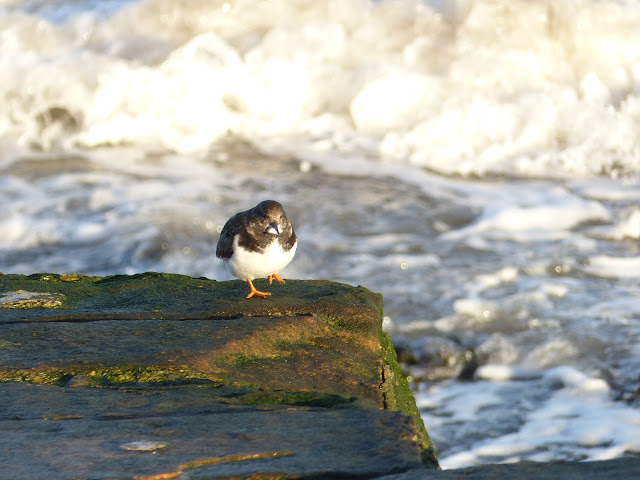 Grey Herons unusually today outnumbered Little Egrets 6 to 1, and there were 2 Eiders, an immature male (below) and a female, and 70 Shelduck rested on the shore after the tide. 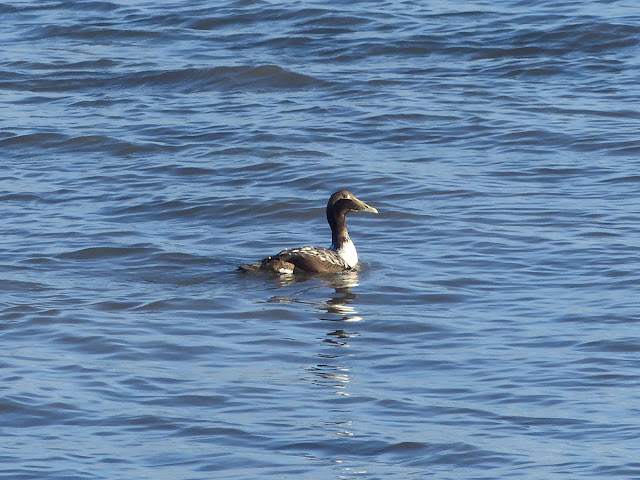 photos AS
Posted by Colin Jones at 15:44