It was a bright sunny day on Hilbre and even turned out to be warm, at around midday. However, despite the sun, the first few hours on the island were brutally cold. but that did not stop the finding of a new blue and red colour ringed Brent Goose (amongst the 309 counted) and reading the letters on each ring. We know the bird was ringed in Canada but the letters on the colour rings will enable more details on the bird to be found. 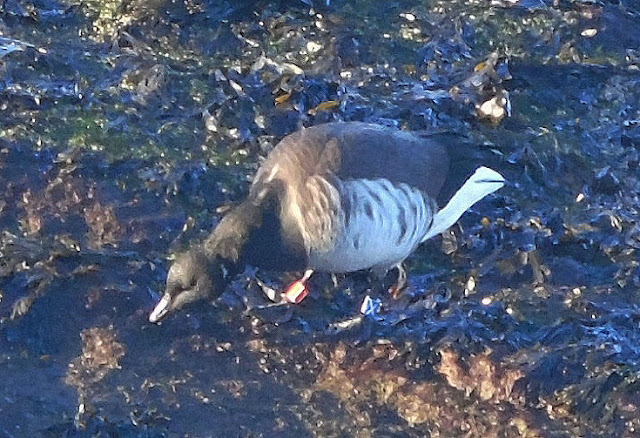 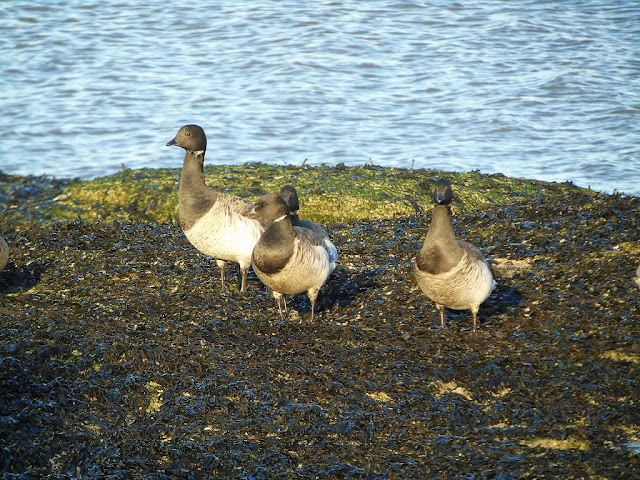 The 50 Sanderling present seemed quite content in the sun despite the photographer being near to freezing. Other waders were about including Knot but not many passerines. 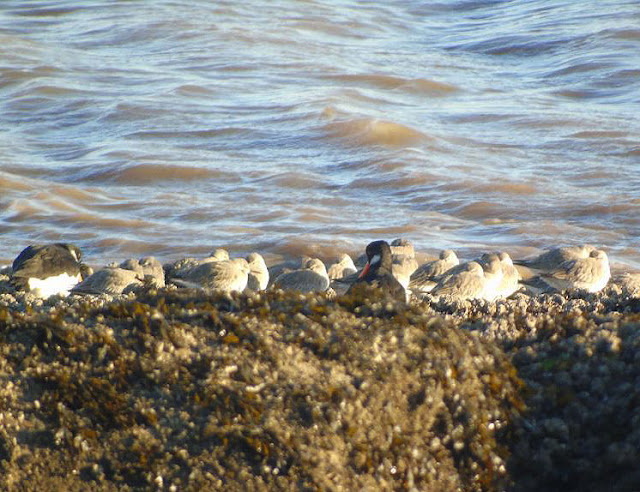 One of the 2 Song thrushes present was ringed and local movement probably accounted for the Wood Pigeon that turned up. The resident Magpie was about but only 1 Meadow Pipit could be found and there were no Rock Pipits despite strenuous attempts to find them.
Ringed: 1 Song Thrush   [ 770-36 ]
photos JE
Posted by Colin Jones at 21:02