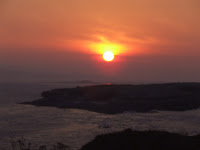 A magnificent sunrise before the wind strengthened and the temperature rose ahead of the Atlantic fronts from the west arriving to relieve the cold spell. 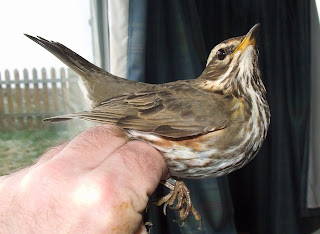 Five new thrushes were ringed including 2 Blackbirds, 2 Song Thrushes and a Redwing (right). Redwings are normally a bird of very early spring or late autumn at Hilbre, and indeed this is the first individual ringed at Hilbre in January for 30 years and only the seventh ever in this month (others were 1 in 1959 and 5 in 1979).
Birds recaptured today were a Dunnock (below) first ringed in October 2007 and the Blackbird and Meadow Pipit still present from last week which seem to be in good condition despite the hard weather. 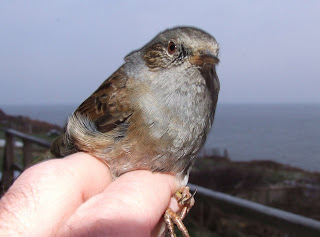 The Brents were not showing well and only 117 (including 8 young) were counted, no colour ringed birds could be found.