A splendid male Bullfinch (below) was found on the island today, the first seen there for decades. It was eventually caught in the SK heligoland trap and became only the fourth to be ringed at Hilbre and the first since 1977. It was a Hilbre 'tick' for all the members who got to the island this morning. The immature/female Eider was off the north end again; other duck comprised groups of 10 and 7 Wigeon, 8 Scaup which landed on the sea and a single Teal was also present. 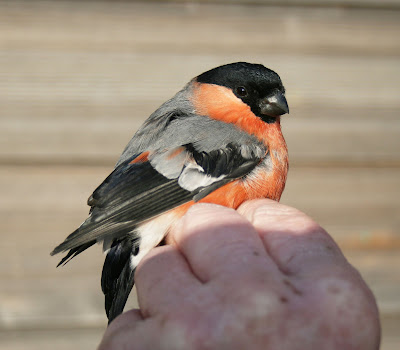 Two Common Buzzards came in from Red Rocks to Middle Eye and drifted off to the south, while other birds logged included a Lapwing, a Wood Pigeon a Little Egret and 4 Redwing over in the early light. 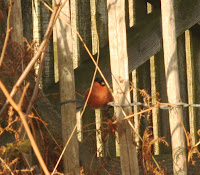 Later, the diggings and faeces of a Red Fox were found on the island. 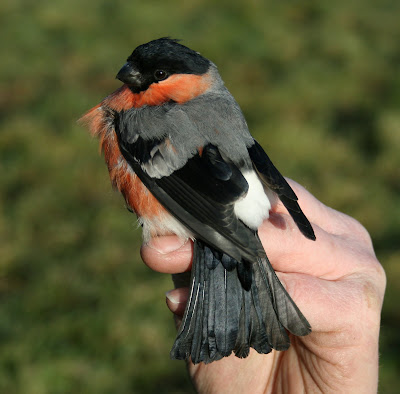 Anonymous said...
This comment has been removed by a blog administrator.
12 December, 2009