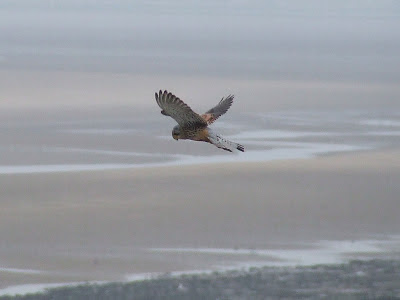 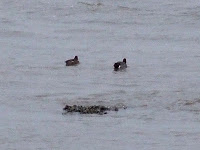 Signs of some cold weather movement today with 8 Song Thrushes, 5 Blackbirds and 6 Wrens on the island, 2 new Song Thrushes were ringed and 2 others retrapped with 2 Blackbirds. Five Golden Plovers were by Middle island and a male and female Wigeon were floating off the north end first thing (above right). A Redwing and 2 Skylarks went through and a Rock Pipits was feeding by the centre of the main island while a male Kestrel hovered over the island seeking voles (above). Five Common Seals were again in a separate haul out on the wset hoyle bank. Ringed 2 Song Thrushes (below).
(DB,JE+BG)                photos  JE 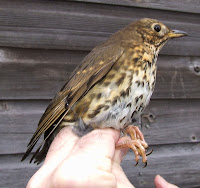