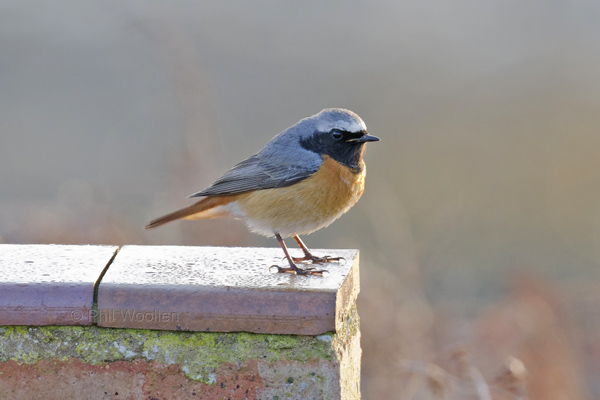 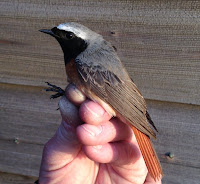 The migration friendly weather continued and brought the first Redstart (a fine male - see above) of the year; found on the cliffs at the South End it soon made its way into the Obs garden mist net (below left).

However, there were less grounded migrants today with only three each of Willow Warbler, Chiffchaff and Goldcrest.

Another Tree Pipit was heard and 22 White Wagtails and 39 Wheatears were excellent totals for the date. 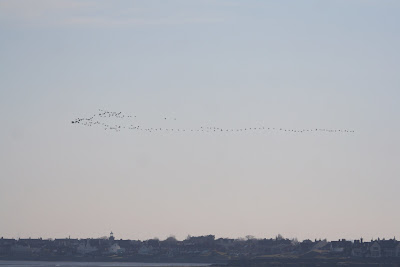 On the sea 44 Sandwich Terns and 6 Little Gulls were counted. 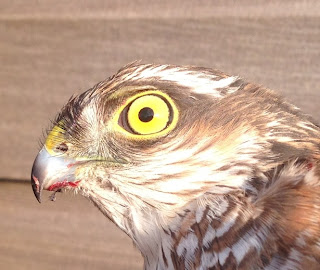 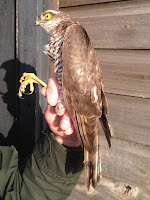 The highlight of the day was the immature male Sparrowhawk, which had been seen yesterday, caught in the Newton trap a found to be British ringed; we look forward to hearing were it had been ringed before arriving at Hilbre.
(PSW, SRW (from over), JE, CJW, + S Reid, JEW, NDW et al) [165]
Posted by Hilbre Steve at 22:00