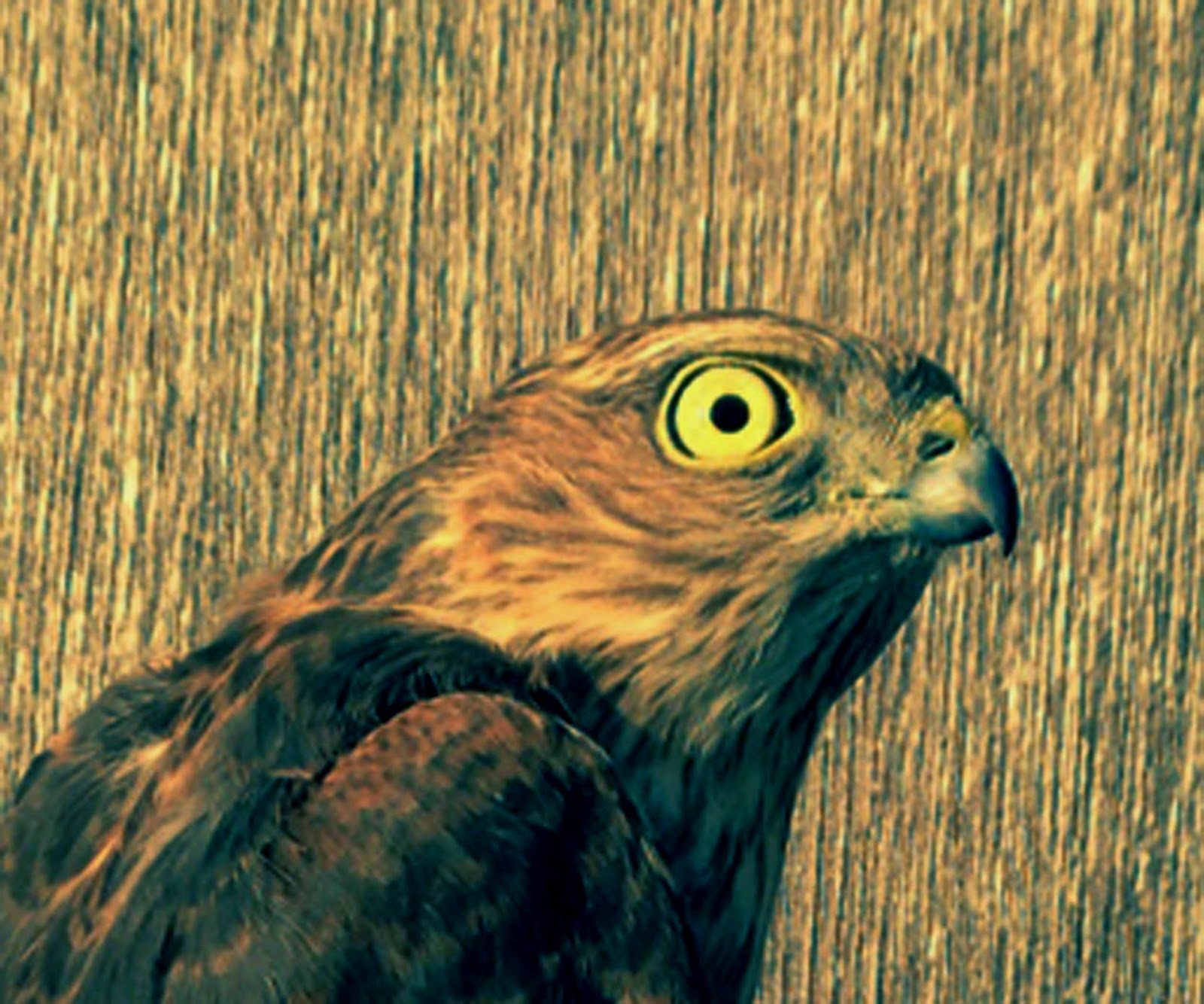 Weather:- WSW force 2, later WNW force 3/4
With the westerly element to the breeze now there was no great surprise that warblers were entirely missing from the roll call this morning. Wheatears are not quite so particular about Hilbre's meteorological conditions and 2 made it to the island, although none were ringed.
The big highlight of the morning was a Sparrowhawk found in the SK trap first thing which then became the second of its kind to be ringed this spring, it was recorded as an immature male (right). Two ringed in a year is unusual for the island. Migration was at a minimum but 2 Swallows went through as did a single Goldfinch, whilst amongst the waders 100 Knot flew off high to the north and a group of 5 Bar-tailed Godwits also seemed intent on moving off. It was very quiet on the sea with not a single Great-crested Grebe to be seen although freshly new in from further south were a Gannet sitting on the sea and 7 Sandwich Terns. On the tide edge were 36 Brent, which may be all that remains of the flock, also 3 Little Egrets were to the east of the islands.
Ringed :- 1 Sparrowhawk, 2 Linnets.    [ 149-19 ]
(CJ,KMc +SD)                    photo KMc
Posted by Colin at 22:23