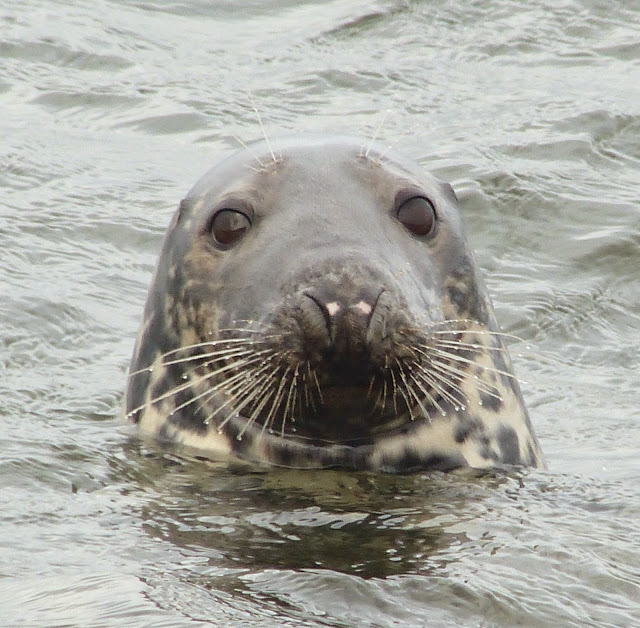 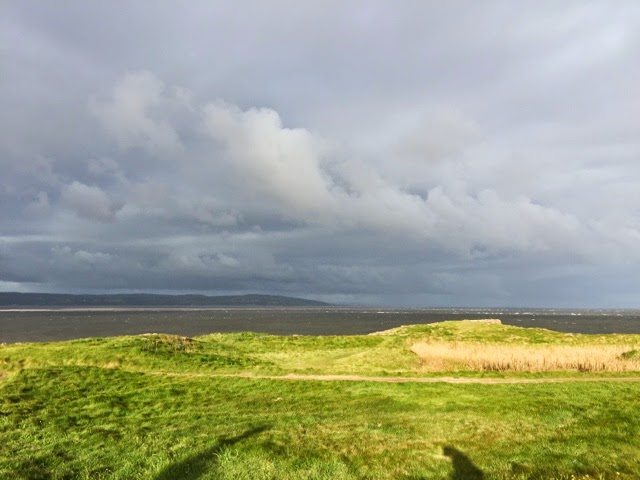 A blustery and threatening pre-tide visit produced little in the way of migrants although a Greenland Wheatear was sheltering on the South End slipway. 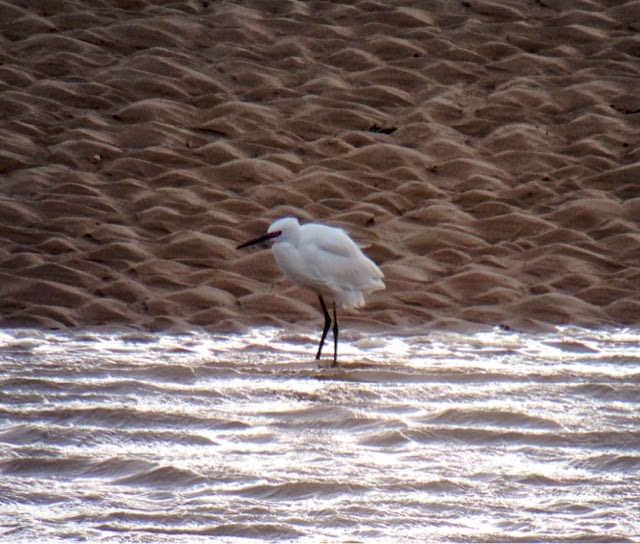 Similarly a Little Egret did its best to feed in the gutter as the tide flooded.  A few small flocks of Dunlin bustled there way north and Ringed Plovers were below the Obs on the mud.

The sea was slate grey and definitely has potential for producing something over the tide with over 100 Common, 35 Sandwich, 15 Arctic and 11 Little Terns noted in a brief seawatch along with 40 Gannets.

As the sole observer retreated before the tide a line of people in wet suits and floats could be seen marching out to Middle Eye in a scene reminiscent of one from 'Mama Mia' but without flippers and snorkels. 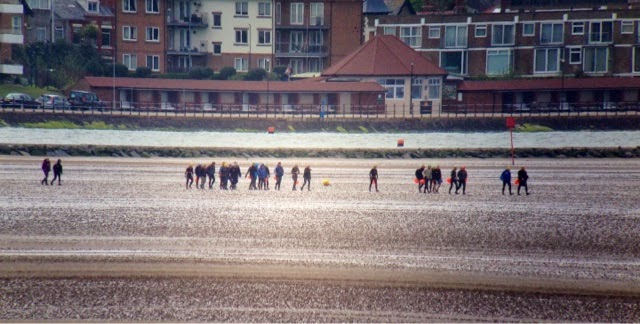 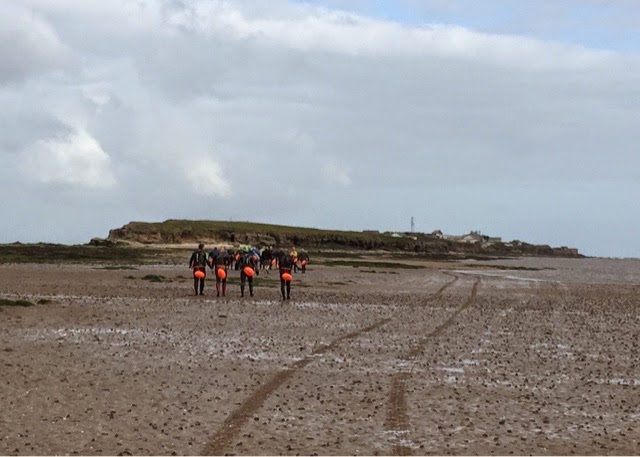 These brave individuals are taking on an extreme swim in aid of several charities including Stick 'N' Step (a respite and conductive education centre for children with cerebral palsy on Merseyside) - we wished them good luck! For more details on this and how to donate please see http://tri-4-life.weebly.com/blog#.VVb1wop4WnM

No doubt the Grey Seals will keep an eye on them!

As the tide ebbed observers arriving for the 'afternoon shift' enjoyed the build up of Dunlin and found (or re-found) a Curlew Sandpiper (back of camera shot below). 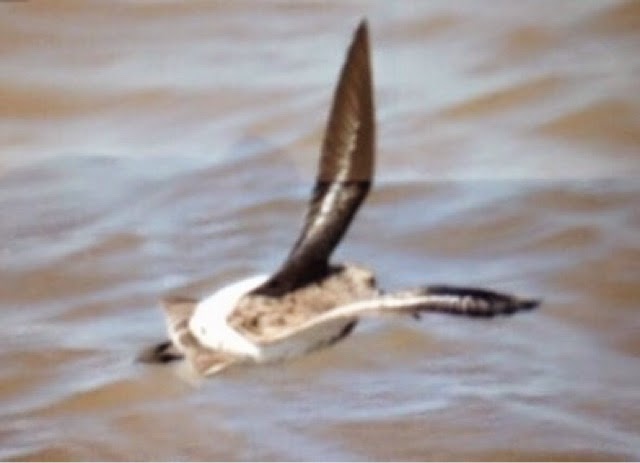