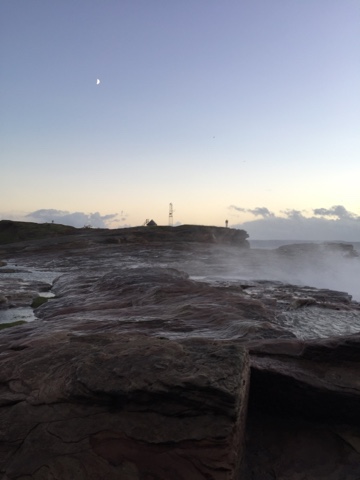 Another blustery day and a late afternoon tide and visit produced another good seawatch.  With the wind increasing all afternoon the North End was almost cut off by wave spray after high tide but the overcast conditions cleared to reveal a bright moonlight sky.

At least nine Great Skuas (Bonxies) were noted with 4 or 5 birds lingering in the bay and several more powering west.

Presumably the Great Northern Diver that flew close inshore yesterday was found in heavy seas off the North End and proved somewhat more difficult to photograph as it dived for long periods and continually disappeared behind the large waves. 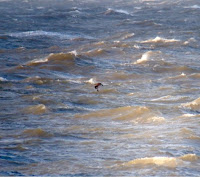 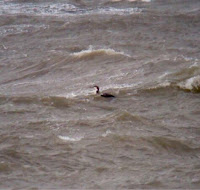 The female/immature Eider remained also in the tide off the North End but numbers of other species were lower than on Monday with Kittiwakes (36), Gannet (22) and Red-throated Diver (4) counted.

139 pale-bellied Brent Geese and 3 dark-bellied were recorded between the islands and 600 Sanderling moved from the East Hoyle passing the North End as the tide flooded.