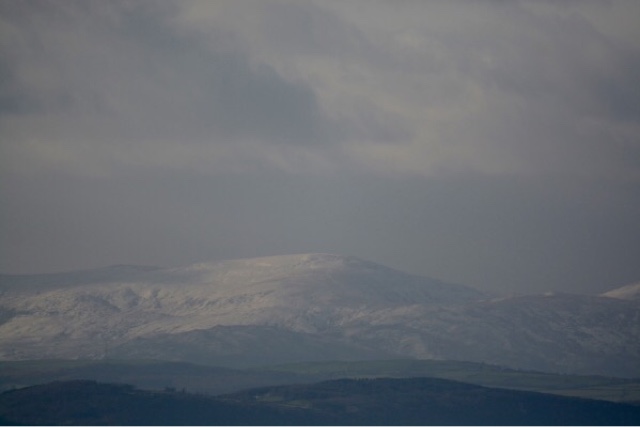 The high winds of the previous couple of days had eased slightly but it was still blowing force 5-6 NNW so a seawatch was in order. Virtually the first bird seen was a single Leach’s Petrel coming in from the west although distant. This was the only one seen during the three hour vigil!
The Great Northern Diver was seen on the sea again and a single Red-throated Diver flew west. A female Eider was fairly close in and spent most of the time with her head tucked under her wing. 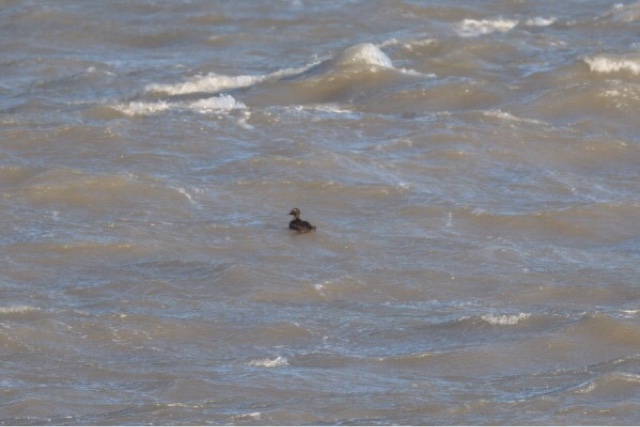 The weather was much colder than it had been recently and evidence of cold weather movement was provided with the record of 6 Lapwings flying west towards the Point of Ayr. Two Wigeon were also seen flying west low over the sea and a party of 15 Pink-footed Geese flew over the island early afternoon. Two Meadow Pipits were also see flying low over the sea.
As the tide receded thousands of gulls gathered and fed on a huge wreck of starfish and razor clams washed up on the West Hoyle bank. 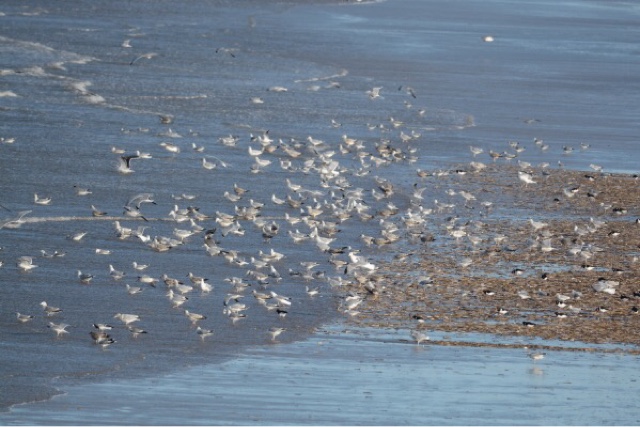 On land two un-ringed Blackbirds were at the south end and a single Goldfinch landed briefly in the Obs garden.
(PSW)
Posted by Colin at 15:06