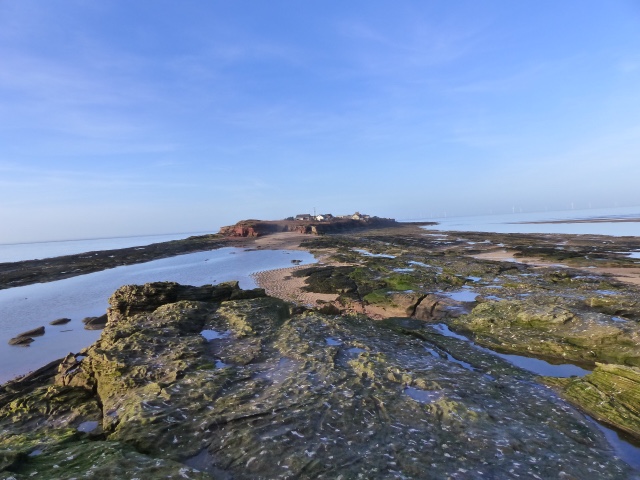 There were 2 Grey Herons present, with one flying up from the pond as observers arrived.

Brent Geese spent the tide on the water around the islands and a good count of 311 was made, also about were six Great Crested Grebe, five Eider, 24 Common Scoter and 18 Shelduck. 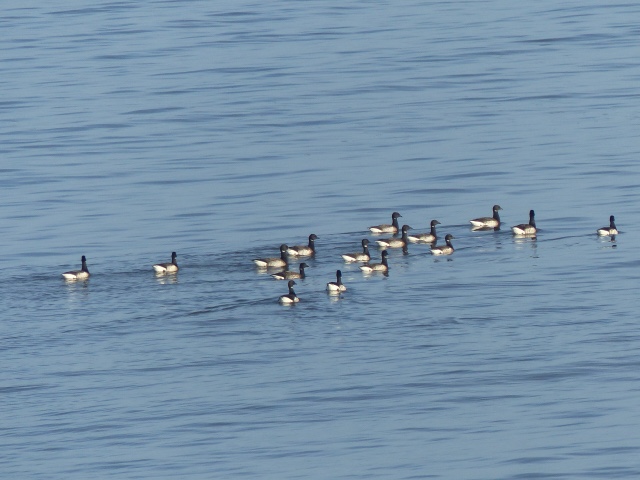 A Herring Gull on the North End looked like it had been stood up, although it waited with a gift for about 10 minutes. 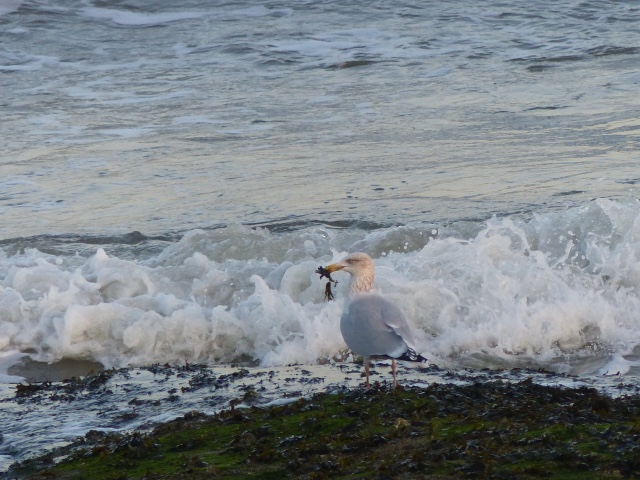 Roosting over the tide were 6,500 Oystercatcher, 100 Turnstone and three Purple Sandpiper. 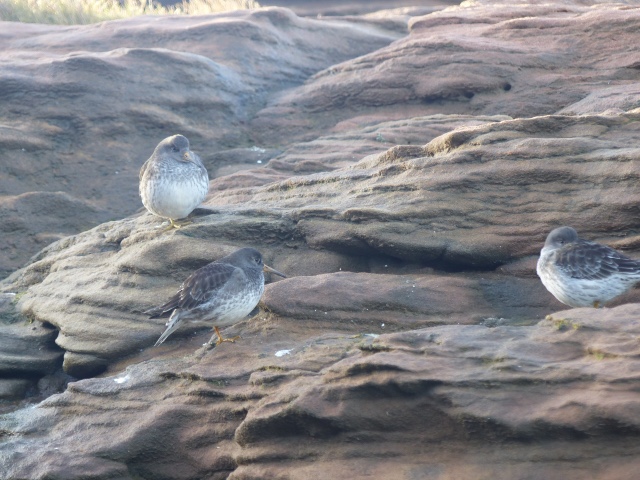 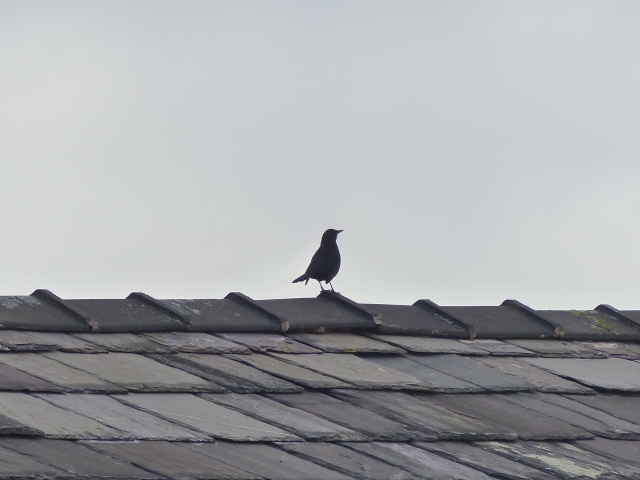 A male and a female Blackbird, together with four Song Thrush were around the gardens, also 18 Meadow Pipit. 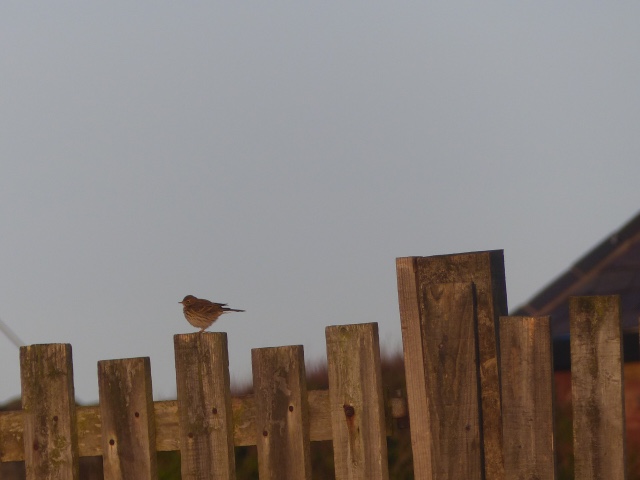 A single Skylark flew overhead.
Posted by Hilbre Steve at 20:26