It was a interesting day weather wise with a dry start (for a change) but quickly turning to more persistent rain of late, but then clearing later to produce a stunning afternoon on the island. 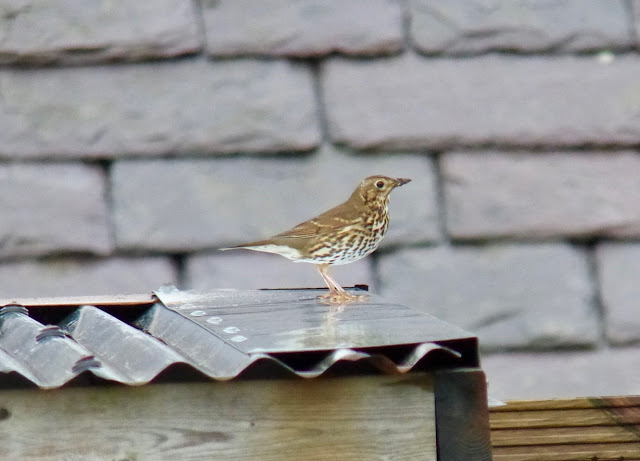 Early on there were a few Meadow Pipits moving and a small movement of thrushes was noted with a couple of Blackbirds, 6 Redwing and 2 Fieldfare noted.  However, the rain clearly brought more birds down at lunchtime when the rain ceased at least 7 Blackbirds had made landfall along with 3 Song Thrushes and two more Fieldfare passed over during the rain. 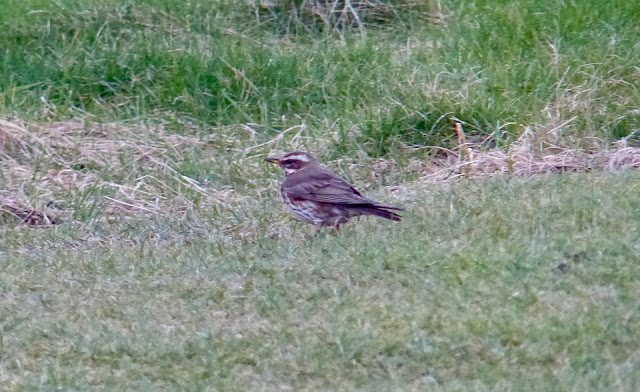 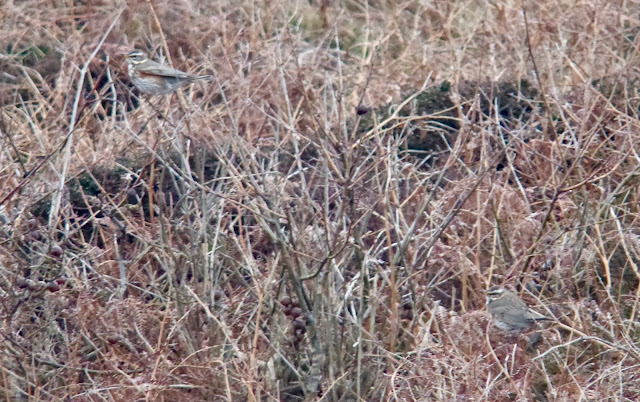 As well as the obvious thrush movement single Siskin, Reed Bunting and Goldfinch were noted overhead as were 2 Grey and 4 alba Wagtails. 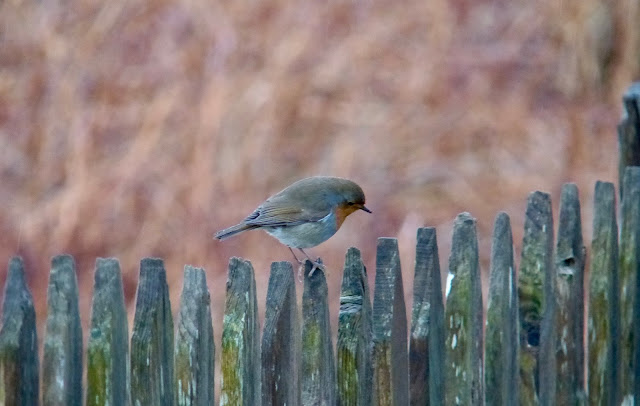 A female Goosander flew over the South End and was immediately followed by a fine drake which flew across the main island heading west.  Other duck included a flock of 9 Wigeon (including three drakes) which momentarily landed on the flooding tide east of Middle.

At the North End the Pale-bellied Brent Geese were on the whaleback during the morning where two colour-ringed birds were noted and another interesting bird which resembled a Dark-bellied but appeared paler, the dark extended between the legs (as per Dark-bellied) but the colouration appeared paler and the white flank patch was conspicuous (the neck collar was inconspicuous - presumably an adult female).  An interesting bird - on the right in the photos below with adult Pale-bellied Brents. 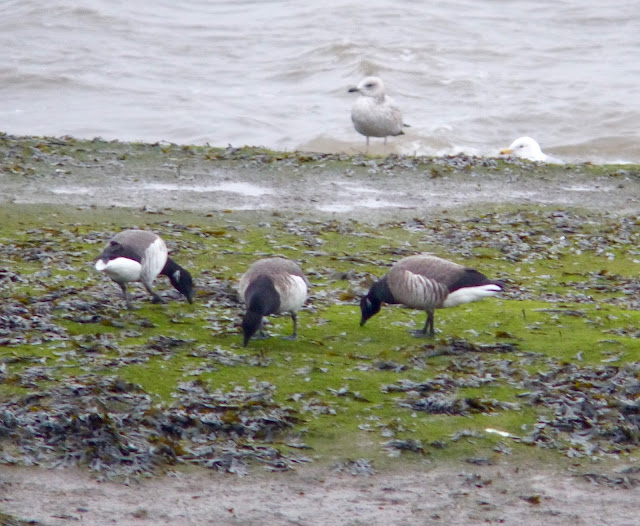 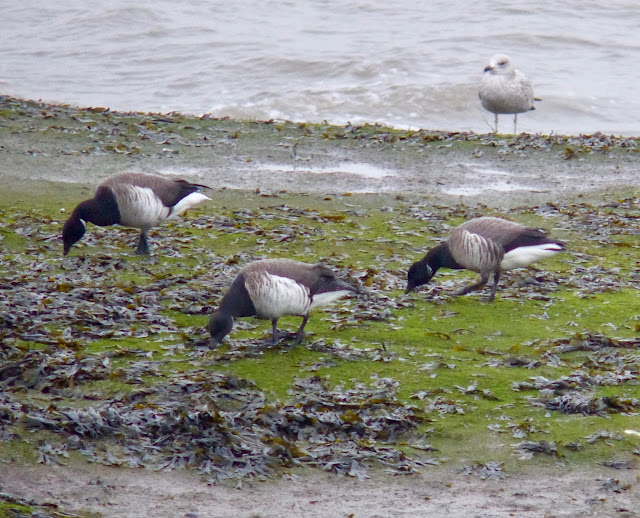 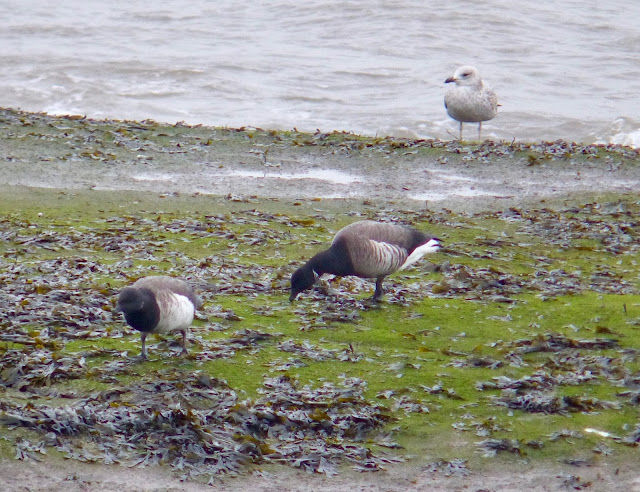 Two more colour-flagged Knot were noted below the Obs on the receding tide and details were obtained. 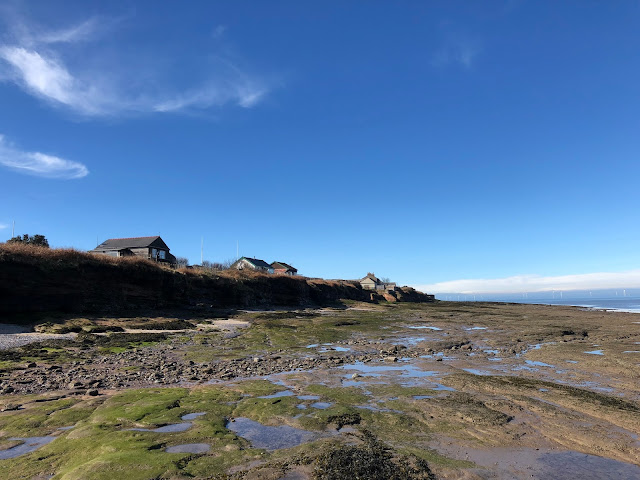